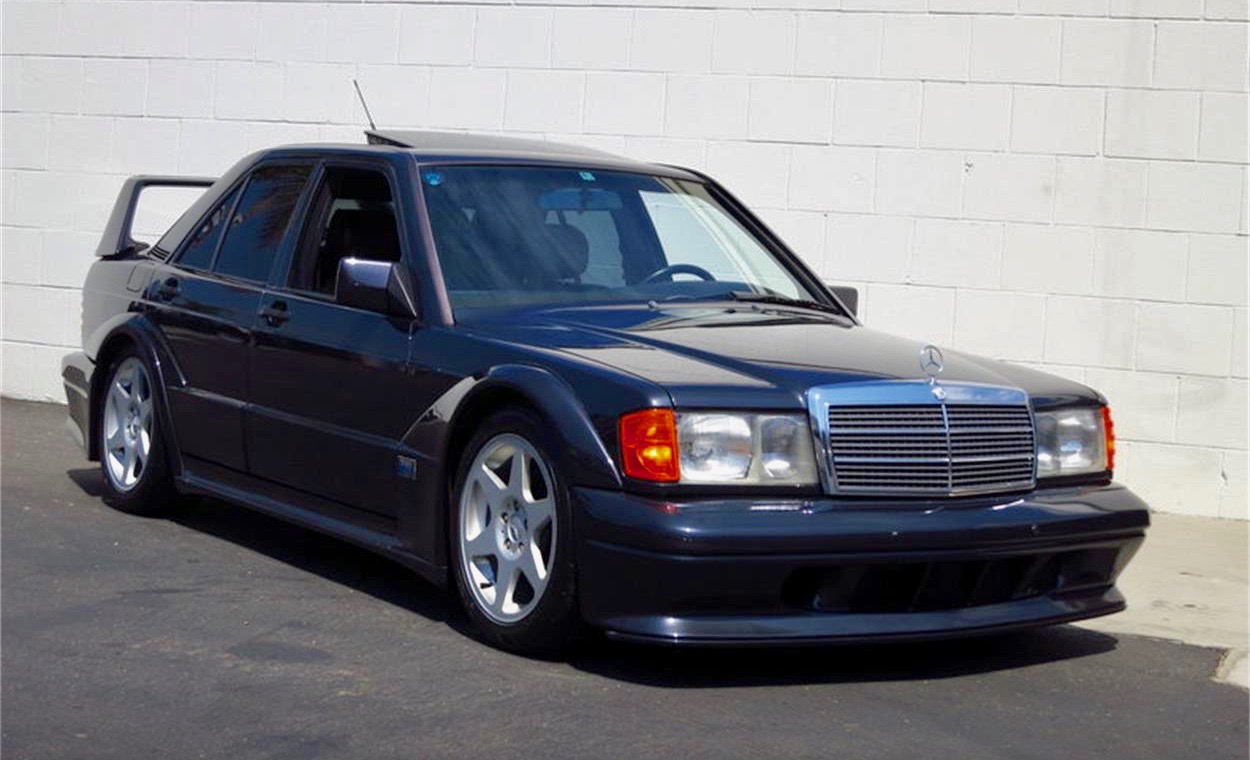 Homologation specials, cars produced in limited numbers so an automaker can enter a fully race-prepared version in a motorsports series, usually end up being collectibles, whether they were built in Detroit for NASCAR racing in the 1960s and ’70s or, as in the case of the Pick of the Day, in Germany for the 1990 model year.

The Pick is a 1990 Mercedes-Benz 190E Cosworth 2.5-16 Evo II, the 208th of the 500 built so that Mercedes-Benz could compete in the Deutsche Tourenwagen Meisterschaft, the hotly contested German Touring Car championships.

The Mercedes is advertised on ClassicCars.com by a San Diego specialty dealership, which notes that the car has been driven fewer than 37,000 miles since new, has never been raced, has matching numbers, and is rust and accident free.

Mercedes-Benz called on Cosworth and AMG to turn the 190E sedan into a mean street machine. From a standard 153 horsepower, the performance of the four-cylinder engine grew to 235 horsepower for the street version — and around 350 for the factory racing-team entries.

Its color is Blauschwarz, a blue-black metallic shade, with Anthracite leather seating front and rear.

The car was ordered by “the Mercedes-Benz official agent in Munich” and that order was “very specific” and included the installation of 23 items from the available options list.

The car left the assembly line in Bremen on May 31 and was transported to a collector in Munich, who kept the car for four years before selling it to a dealer in Japan, where the car was registered for road use for the first time. After three years on the road, the car was purchased by a private museum in 1998 and was rarely driven, the advertisement say

The car was sold earlier this year to a Japanese dealership, which did service work and safety checks and sold it to the dealership in San Diego.

The car is being offered for $259,000, and the dealership suggests “It is highly unlikely you will ever encounter a finer, more correct, authentic or lower mileage example anywhere at any price!”