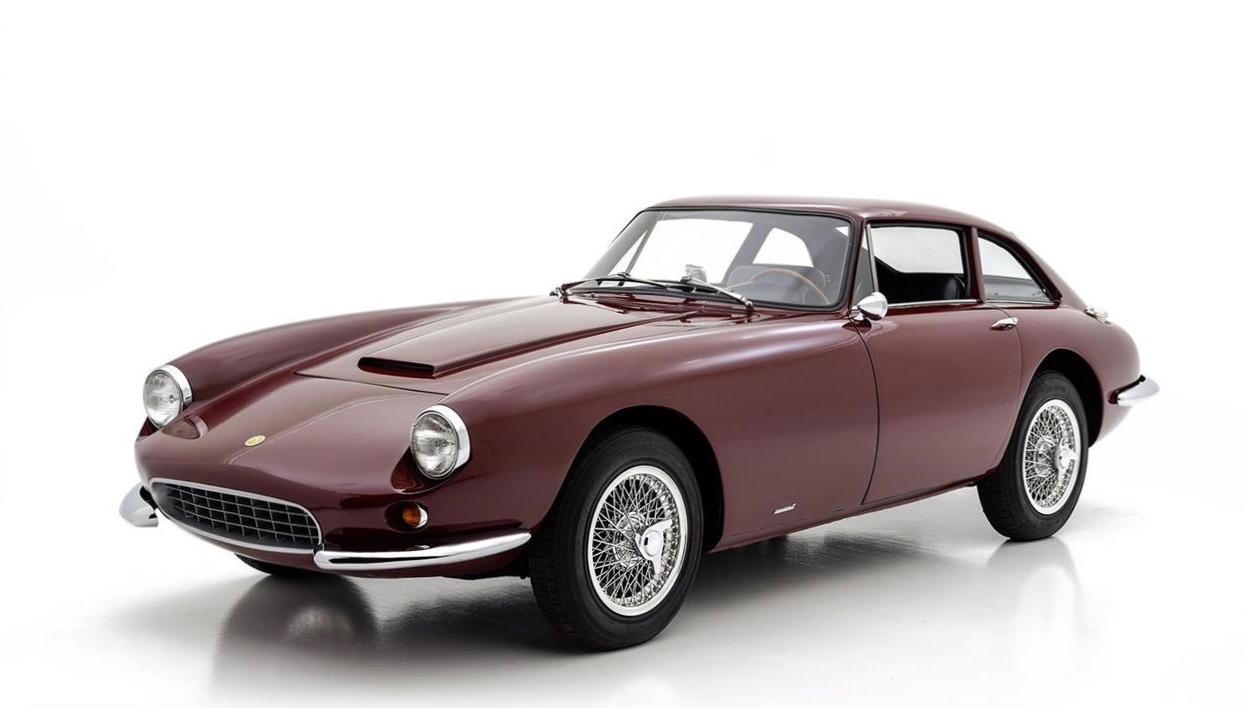 Once upon a time, “hybrids” were cars like a Shelby Cobra or a Nash Healey, stylish European cars powered by American V8 engines. But while the Apollo GT was just such a car, its story was different because the entire concept started in the U.S., though the production was done in Italy.

The Pick of the Day is a 1963 Apollo 3500 GT being advertised for sale on ClassicCars.com by a collector car specialist dealership in St. Louis, Missouri.

“In the 1950s, there was no shortage of creative young car enthusiasts building cars of their own, combining traditional Hot Rod techniques with newly developed fiberglass technology,” the advertisement notes. “It seemed that every month, a new design was coming out of some California workshop.

“However, a young engineer named Milt Brown had higher aspirations.”

Knowing that, just a year out of college, he couldn’t afford to buy the car of his dreams, Brown decided to create his own, albeit with a little help from his friends.

Brown had studied engineering. His high school classmate Ned Davis was a business major and Ron Plescia had attended the Art Center College of Design.

Brown, who while in college had created the Apache Formula Junior racing car, designed a chassis. Plescia sketched coachwork and did a clay model. Davis would be in charge of the business side of the operation, initially raising the $5,000 needed to build the prototype example.

Brown built his chassis around components from a 1961 Buick Special, including its lightweight but spunky new 215cid aluminum V8 engine.

While in England with his Formula Junior, Brown met another F/Jr builder, Frank Reisner, who now operated Carrozzeria Intermeccanica, a coachbuilding company in Torino, Italy. Brown turned to Reisner to put the Apollo project into production, and they recruited none other than the famed Franco Scaglione to modify the design, among other things adding rear quarter windows.

Bodies were produced in Italy, then shipped to Oakland, California for powertrain installation.

Auto enthusiast magazines praised the Apollo GT’s handling, saying it was on a par or even better than vehicles such as the Aston Martin DB4 and Chevrolet Corvette. Early customers for the cars included singers Pat Boone and Larry Ramos (of The Association). One of the cars, dubbed the Thorndyke Special, was featured in the Herbie the Love Bug movie.

But such attention didn’t produce sufficient income and production stopped after 88 cars (some of them 5000 GTs with Buick Skylark V8s). The CCCA recently accepted the Apollo GT as a “milestone car” and granted it Full Classics status.

As for the car’s young trio, Brown became an automotive engineer and created the BMW-powered Monza Spyder, Davis started a film-production company and Plescia did industrial design and helped to develop another Apollo, the space capsule used for NASA missions.

RELATED:  Pick of the Day: 1971 Honda CB750, a motorcycle that changed everything

The Apollo 3500 GT being offered here is chassis 1004, an early-production example, with the 215cid engine and 4-speed manual transmission. It rides on Borrani wheels, has black leather interior and Wilton carpets.

“The robust Buick running gear and Italian chassis combine to create a genuinely outstanding GT car worthy of taking on its thoroughbred counterparts from Europe,” the dealer notes.

“Aside from its beautiful styling, we love the Apollo GT’s combination of rarity, performance, and comfort.

“Off-the-shelf mechanical components make it an ideal choice for rallies like the Copperstate 1000 or California Melee. This beautiful example benefits from quality restoration and is ready to enjoy on the road.”