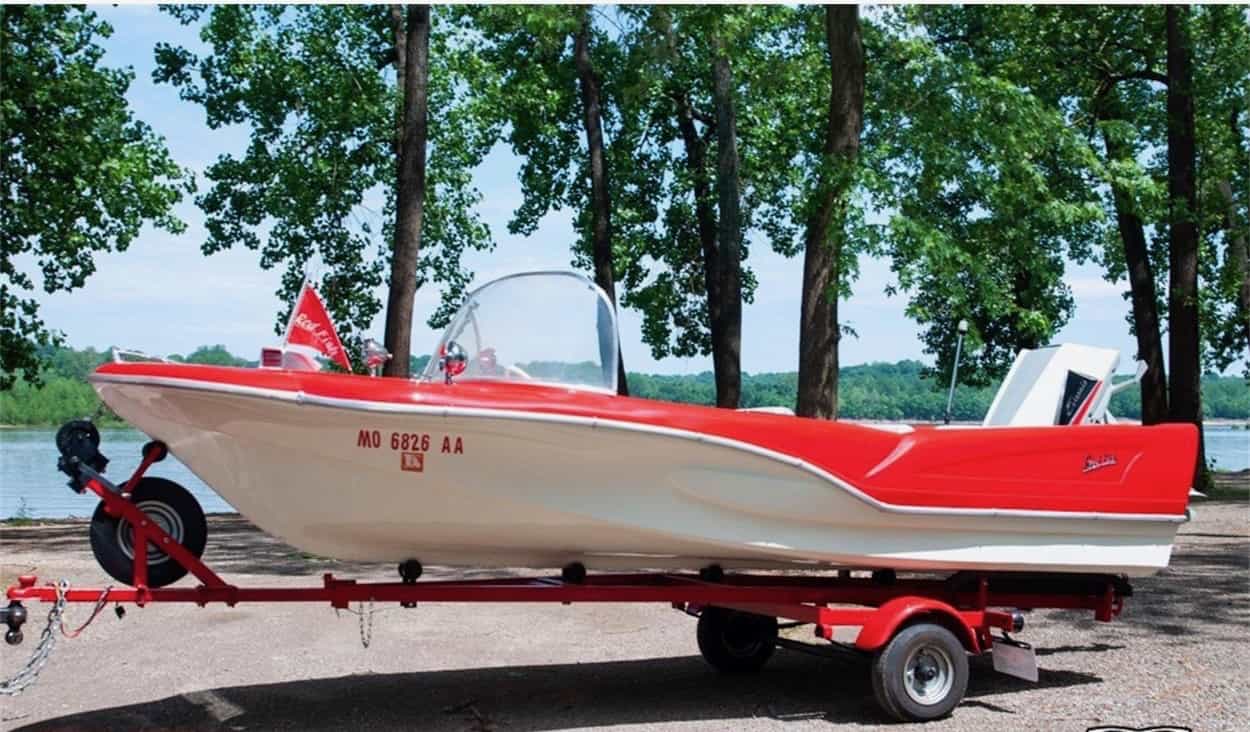 The Pick of the Day is designed to be driven on water, not land. It’s a 1960 Red Fish Shark 15-foot pleasure boat with the same sort of big tailfins you might have seen on American automobiles in the same era.

Offered by a collector car specialist dealership in St. Louis, this American-made fiberglass-over-balsa-wood-core boat has been restored. It’s 15 feet long, has a 66-inch beam, weighs 410 pounds, seats four, has a 900-pound load capacity and is powered by a 4o-horsepower Evinrude Lark engine.

According to the advertisement on ClassicCars.com, life vests and period-correct water skis are included, as is the boat’s original two-wheeled trailer.

The boat “has had the same caring Rockaway Beach, Missouri, family for the last 9 years,” according to the advertisement.

The dealer goes on to explain that the Red Fish Boat Company was founded in 1957 by H.A. Walters and his brother, Herman Walters, in Clarksville, Texas. They started making all-wood boatsm, but in 1958 switched to the more-popular fiberglass construction.

“The body is in great overall shape, with just some slight blemishes and crazing visible upon close inspection,” the advertisement notes.

“The plexiglass windscreen is in satisfactory order.  The boat’s bodywork is straight and solid, there is plenty of space for four people and some gear. Accessories include a spotlight and a horn.

“The red and white molded bench seats are in satisfactory order, the two-spoke white steering wheel looks great and is mounted on the starboard side of the craft. The minimal instrument panel looks great, adorned with a speedometer that goes to 45 mph or 39.1 knots. The starboard mounted speed control falls easily to the driver’s right hand and there’s Craig citizens’ band radio mounted under the port side of the instrument panel for use in case of emergencies.”

The seller adds, however, that the boat “is understood to run, but has not been tested or on the water by us.”