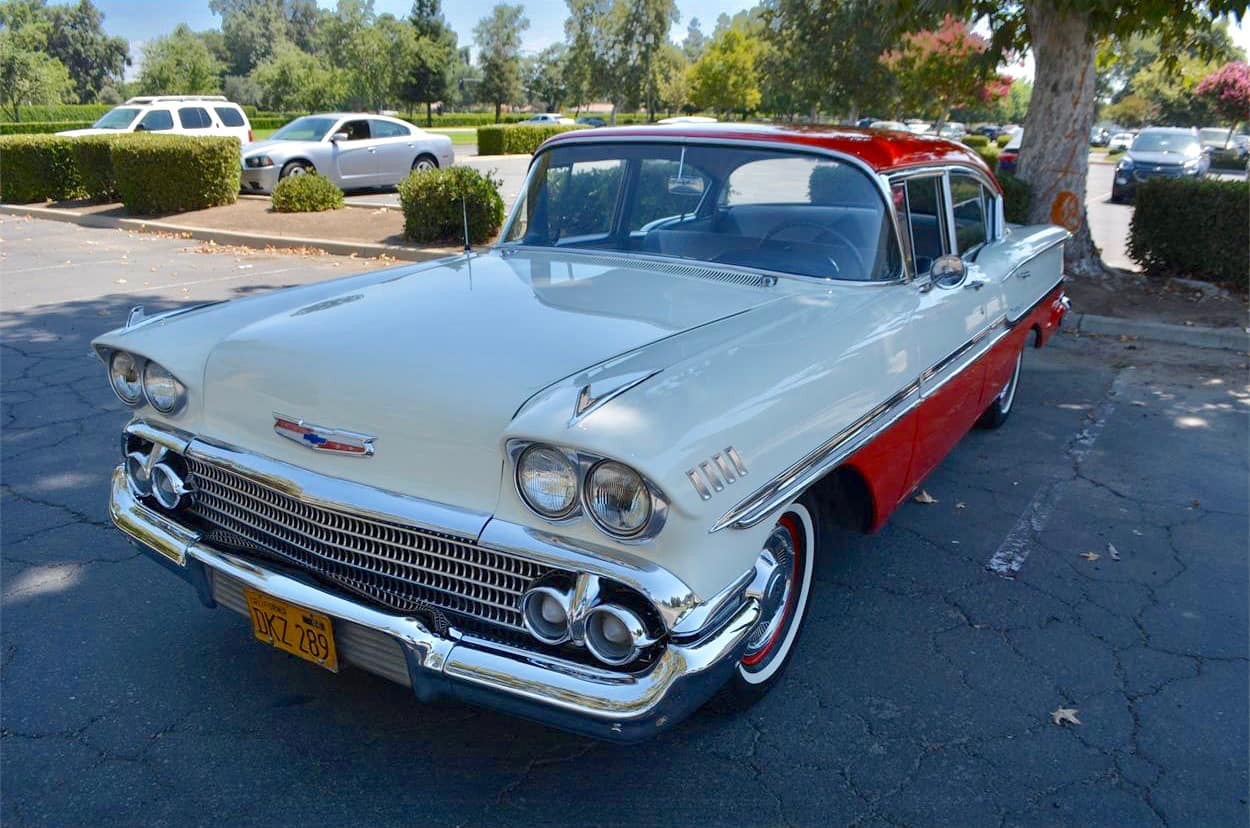 As they say, “they’re only original once.” But the Pick of the Day, a 1958 Chevrolet Biscayne 4-door sedan, has been original ever since it rolled off an assembly line, which occurred only 14,634 miles ago, according to the classic car dealership advertising the car for sale on ClassicCars.com.

The car not only is in original condition, it appears to be in immaculate condition based on the many photographs included in the advertisement placed by the Visalia, California, based dealership.

The dealership notes that the car, in red and white, has been preserved by all three of its owners. 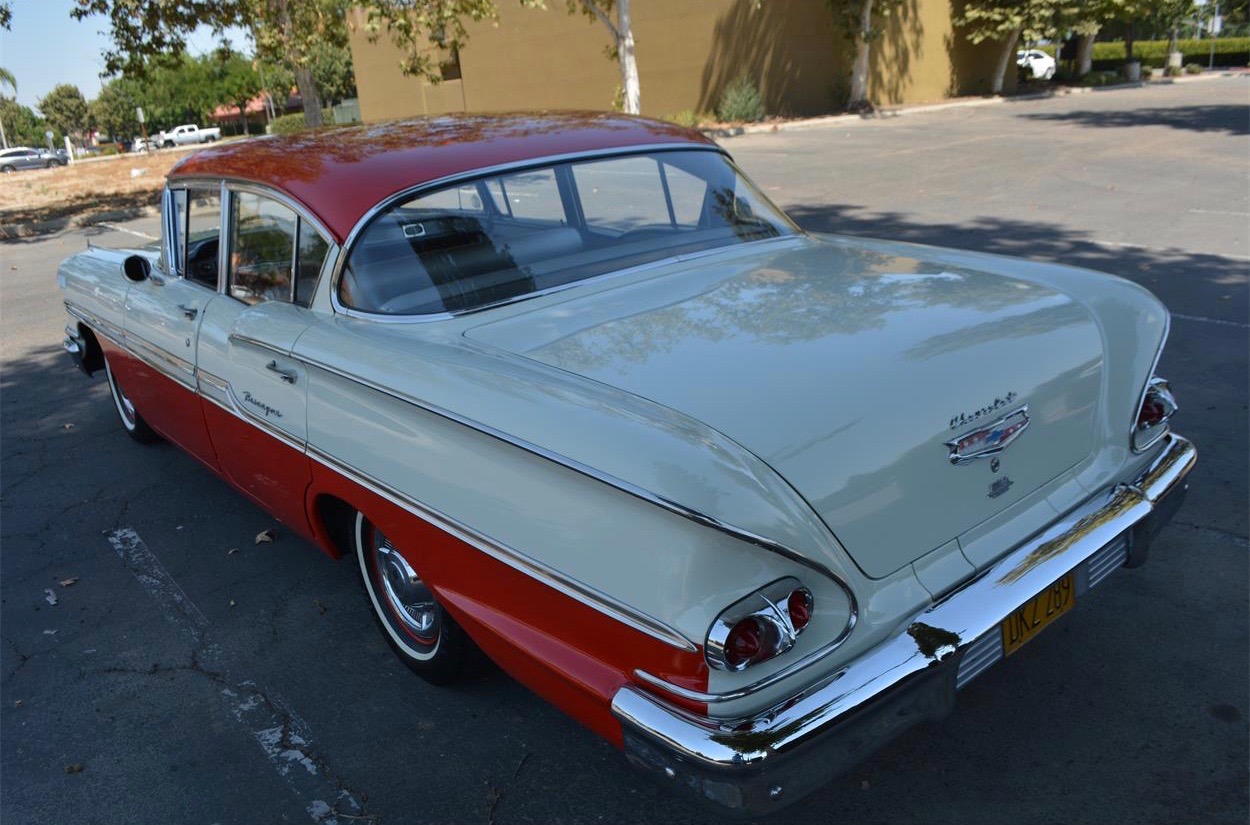 “This car has always been garaged and it shows,” the dealer points out. “My guy bought it from the 2nd owner and he drove it down to him from Canada.

“We are selling this car for a collector friend of ours that is moving into a new house and it will only fit 20 of his 40+ cars, so he is thinning his herd.”

The dozens of photographs support the dealer’s contention of how nice the car really is.

“This is a tight and solid 1958 Chevy Biscayne 4-Door Sedan which runs extremely well.”

The engine is a 235cid 6-cylinder with its original oil-bath air-cleaner housing and valve cover and is linked to a three-speed manual gearbox.

“I drove this car around for a couple of days, running errands and on the freeway and it is such a nice driver, it went 65-70 mph no problem,” the dealer comments.

The original spare tire with its label attached is in the car’s trunk.

The dealer reports that everything on the car works “except the wipers.”