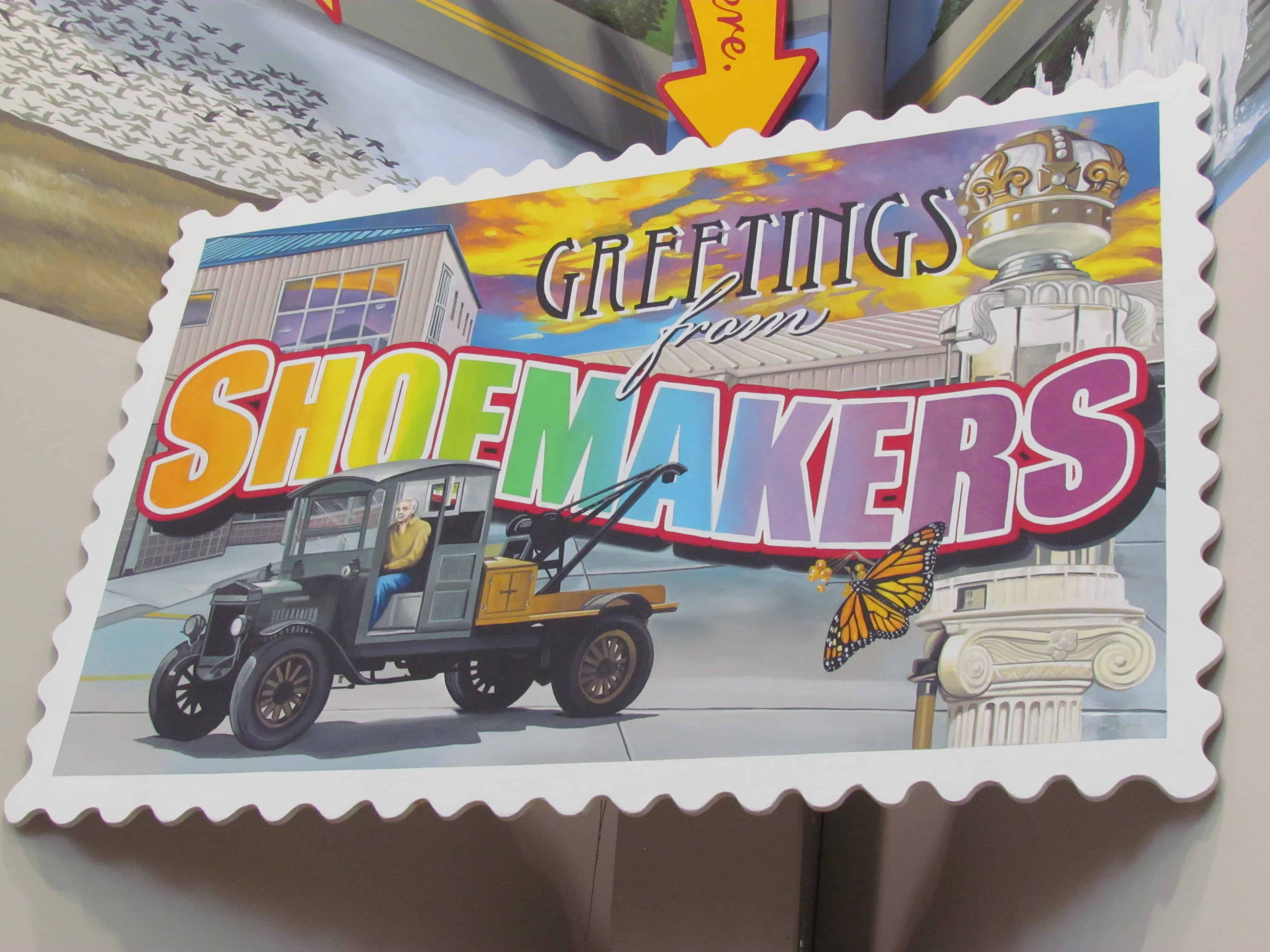 When I travel by car, I prefer what William Least Heat Moon termed the “blue highways,” the two-lanes that meander through the countryside, where, if you are open to serendipity, you might discover a bunch of old vehicles rusting away in a farmer’s field or a small-town restoration shop that welcomes visitors.

But sometimes I need to travel the interstates, even if there’s a feeling of disconnection as you speed past the landscape. That’s the experience I expected on a recent drive across Nebraska on I-80 and -76. I’d already driven from Michigan through Indiana and across the widths of Illinois and Iowa that day, so I pulled off the superslab to spend the night in Lincoln, Nebraska.

I’d made great mileage, but in doing so had not stopped to eat other than a mid-afternoon gas-station snack, and I wanted a real dinner. Just off the interstate, I noticed Shoemaker’s Travel Center, Restaurant and Shell Station. It looked sort of truck-stoppy, and truckers know where to eat, so I pulled in and parked. 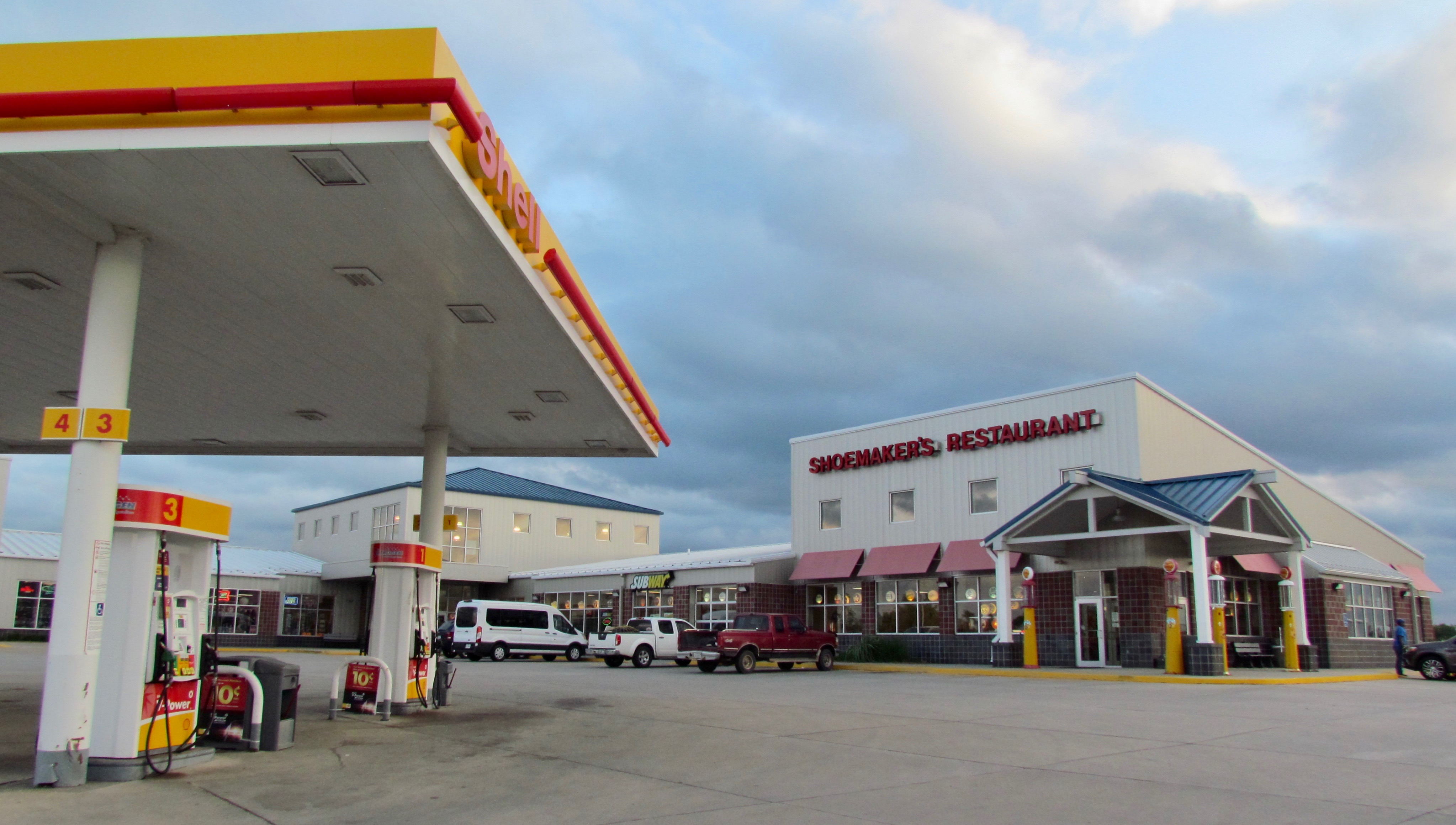 First thing I noticed as I parked my pickup was a series of vintage gasoline globes illuminated through the restaurant windows. Lowering my focus, there also appeared to be an old truck parked inside.

Turns out, Shoemaker’s has been a Lincoln landmark since the mid-1960s.

Though it’s not as famous as its sister highway, we like to say Route 6 has half the digits, but twice the kicks.”

“Whenever the weather conditions get bad enough to be newsworthy, local newscasters know they’re always welcome at Shoemaker’s to search out the trucker or traveler with the best road story to tell,” the restaurant’s website notes.

“In fact, camera crews of all sorts are a common sight at Shoemaker’s because the owners (Dave and Karen Shoemaker) are on site daily, which eliminates the red tape a corporate stop entails when getting permission to shoot footage. From the background of a Wife Swap episode on TV to photos in Time magazine, pictures of our place show up in the most unexpected of places.” 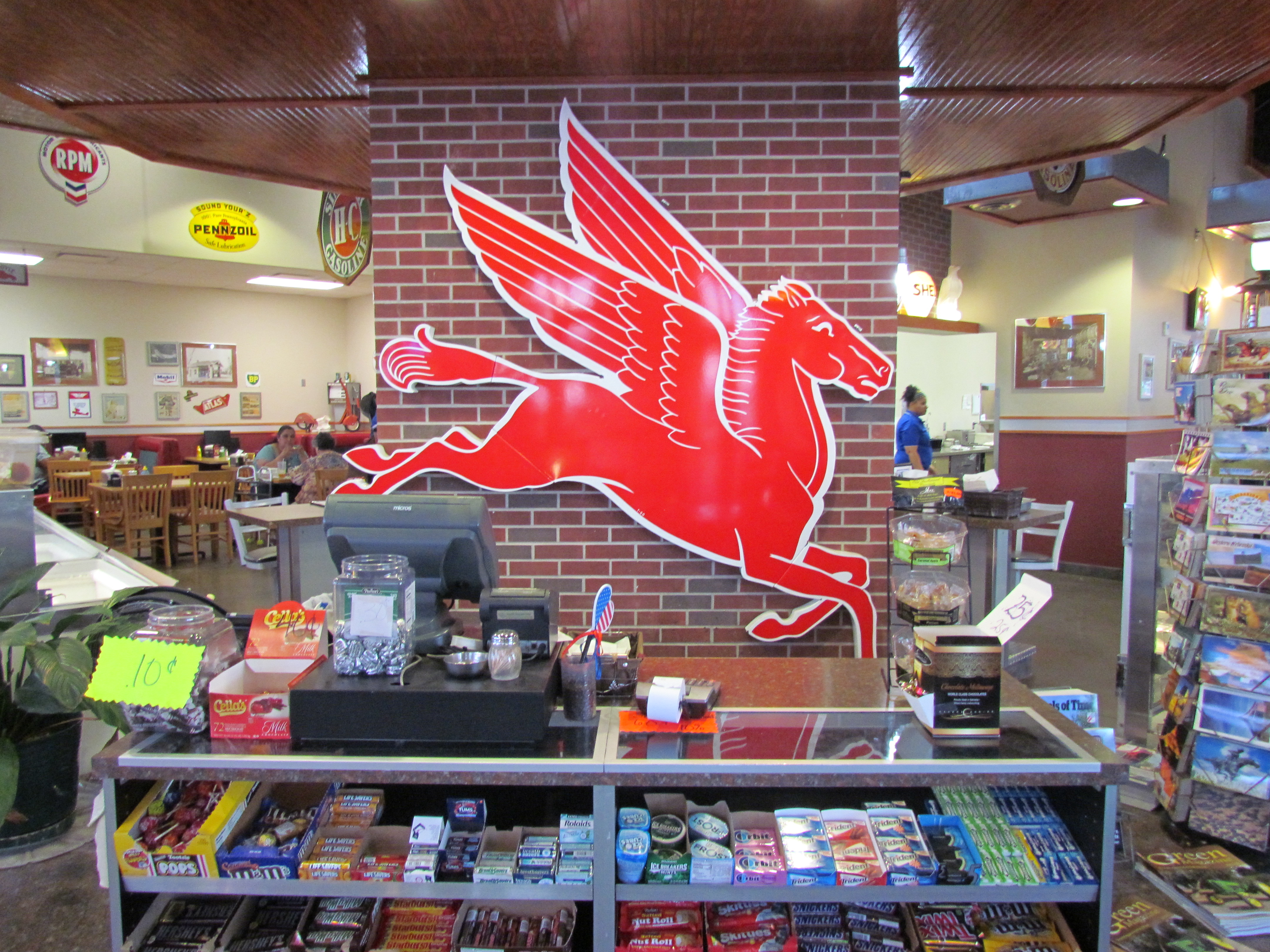 Shoemaker’s has two locations. The original was just across the street from the new location built in 2009. There’s also a second location on the south side of town.

The 1967/2009 restaurant and travel center is located on historic Route 6. A Route 6 mural is located along the bottom of the restaurant menu, but it’s only a copy of the 8-foot-tall, 206-foot-long hand-painted mural that covers the walls of the travel center store.

The menu (I had the ribeye sandwich and piece of peach pie) notes that Route 6, running from Cape Cod to Long Beach, was the longest highway established in the continental U.S., stretching 3,652 miles coast to coast.

“Though it’s not as famous as its sister highway, we like to say Route 6 has half the digits, but twice the kicks,” the menu proclaims.

Among those kicks is Shoemaker’s itself.

“Once we started collecting things, farmers, friends, truck drivers, and customers from all walks of life started bringing in memorabilia of many sorts,” the menu text notes.

As I was photographing one of the trucks, a man suggested I “wasn’t from around here,” but said he’s been stopping in for decades and assured me that all of the antiques were genuine.

Those auto antiques include gas globes, a succession of gas pumps from various vintages, assorted petroliana, some vintage motorcycles, a 1927 International gasoline truck, a 1920 Douglas work truck and a Lincoln-built 1918 Patriot tow truck. Patriots were built from 1918-1925 and the one at Shoemaker’s was the 65th produced.

Some of the pieces of decor are what Shoemaker’s calls the WTHITs, as in “What The Heck Is That?”

“Don’t worry — they’re harmless,” the menu assures. “One of the things that makes Shoemaker’s a unique place to stop is that the decor is a group effort.

“Don’t be afraid to ask one of our regulars or one of our employees — even if no one knows what it is, the question makes a connection between two strangers.

“And that’s what really makes Shoemaker’s Travel Center different from the rest, whether you’re only passing through or come in regularly, it’s not just a travel center, it’s a community — and a family. We’re delighted to have you be a part of it.”