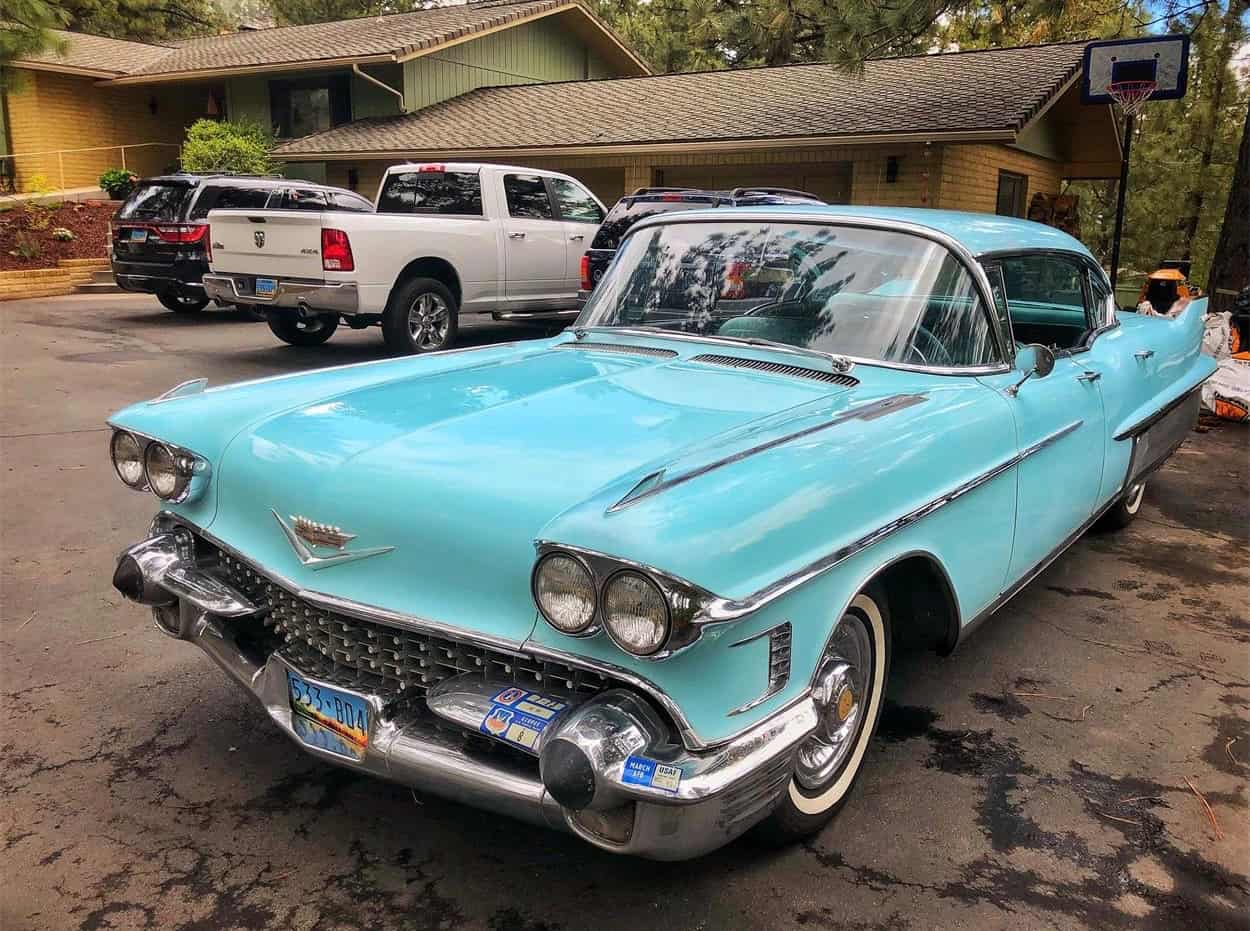 A family in Carson City, Nevada, is offering not just one but two classic Caddys for sale on ClassicCars.com, and we’re making this tandem the Pick of the Day.

The featured car is a 1958 Cadillac Sixty Special Fleetwood sedan with a pillarless couple-style hardtop roof.

According to the family’s advertisement, the family purchased the car more than 50 years ago and it has been kept in a garage when not being driven.

“No repaints or major repairs,” the advertisement notes. “Runs and drives and is a great restoration candidate, just over 100k in documented miles.”

The selling family notes that the front seats were recovered in the 1970s, but the original fabric is underneath “and in fair shape.”

The family is asking $20,000 for this car, which has its original V8 engine and an automatic transmission and wears teal blue paint.

Also for sale is a 1958 Cadillac Sedan DeVille equipped with factory air-ride suspension. This car was purchased from its original owner in the 1970s and has not been driven much, but also has been kept out of doors for 20 years “and it shows.”

The sellers say the car will start but needs some mechanical attention, including suspension work because the factory airbags no longer hold air.

The car is reported to be all-original and has been driven only 84,000 miles since new.

The cars are located in Carson City, Nevada.