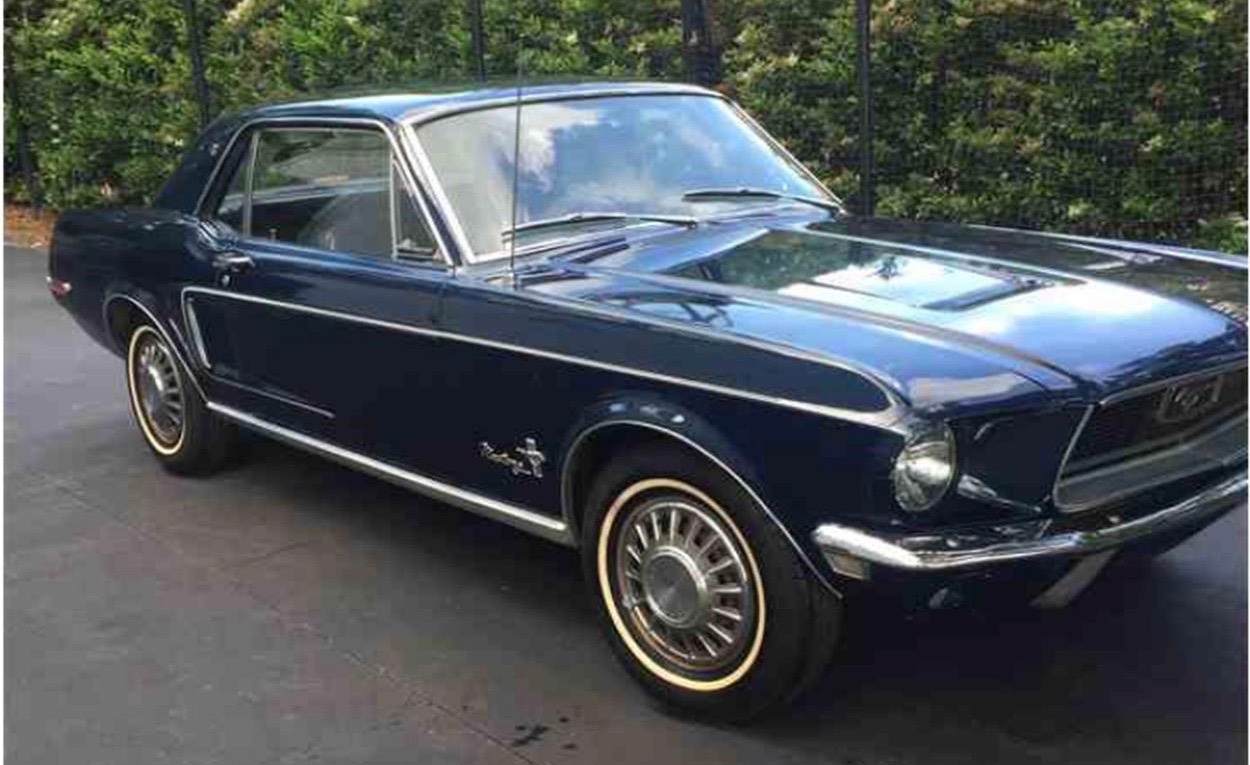 Sometimes, you’ll hear an older vehicle referred to as a good “20-footer,” meaning that it looks fine from a distance, but get up close and you’ll see its imperfections.

Another term you hear for such a car is that it’s a “driver-quality” vehicle, runs fine but you’re not going to be invited to display it at Pebble Beach.

The Pick of the Day is such a car, a 1968 Ford Mustang that the private seller advertising the car on ClassicCars.com admits “is probably not a major restoration candidate because it’s a T-code 6 cylinder, but it drives well and ideal for someone who wants a clean, original, unmolested Mustang without the hassle of the upkeep of a fully restored car or the price tag of trying to restore it.” 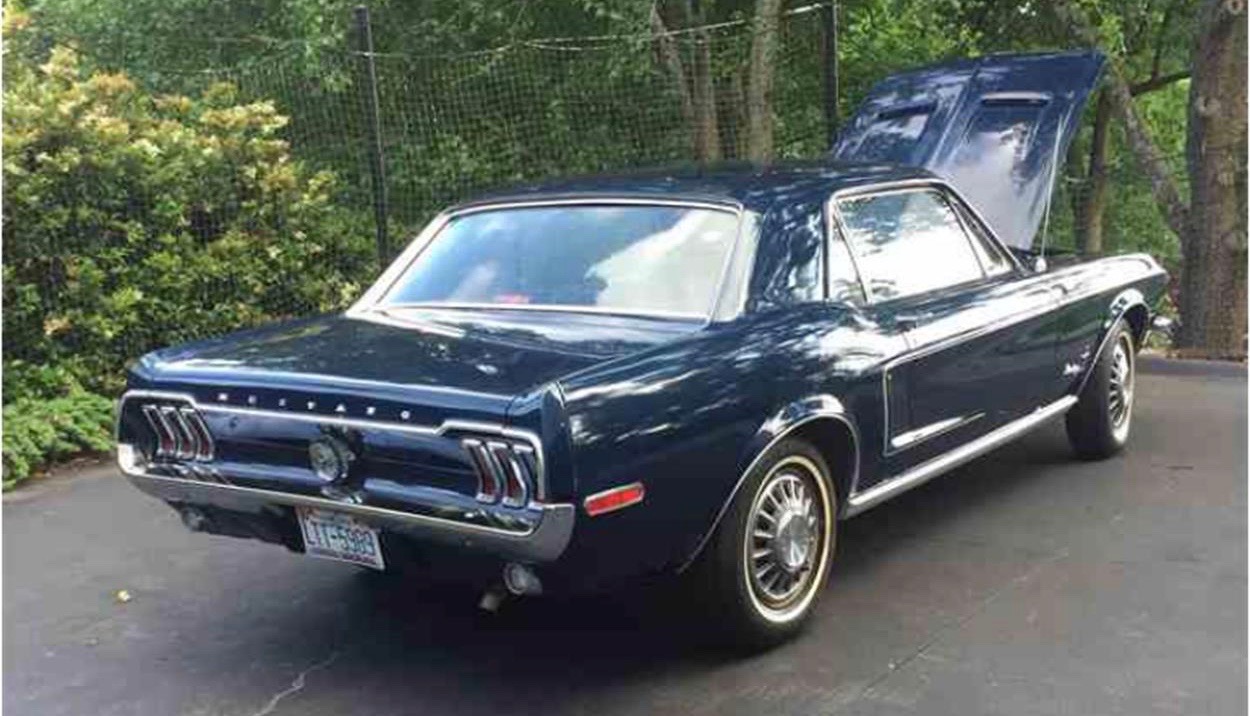 The seller adds that the car “could also be ideal for an entry-level hobbyist who wants to try their hand at small restorative projects to keep the car maintained.”

The tires are older and need to be replaced, the seller adds, but with a little attention to brakes and suspension, “this car can be driven reliably daily. The motor is strong and runs well and the 3-speed operates as it should. The major mechanicals needed to pass inspection are there.”

The car has an inline 6-cylinder engine that the seller reports has received a recent tuneup, “has good oil pressure, does not smoke or rattle, does not overheat,” and has “ no major leaks.”

The clutch, transmission, suspension and brakes are original and the seller says all the lights, windows, locks, gauges, etc., work just fine.

As you might expect with a car of this age, there are some imperfections in chrome and molding, the carpet is faded but the interior “presents well,” and the seats have no tears. 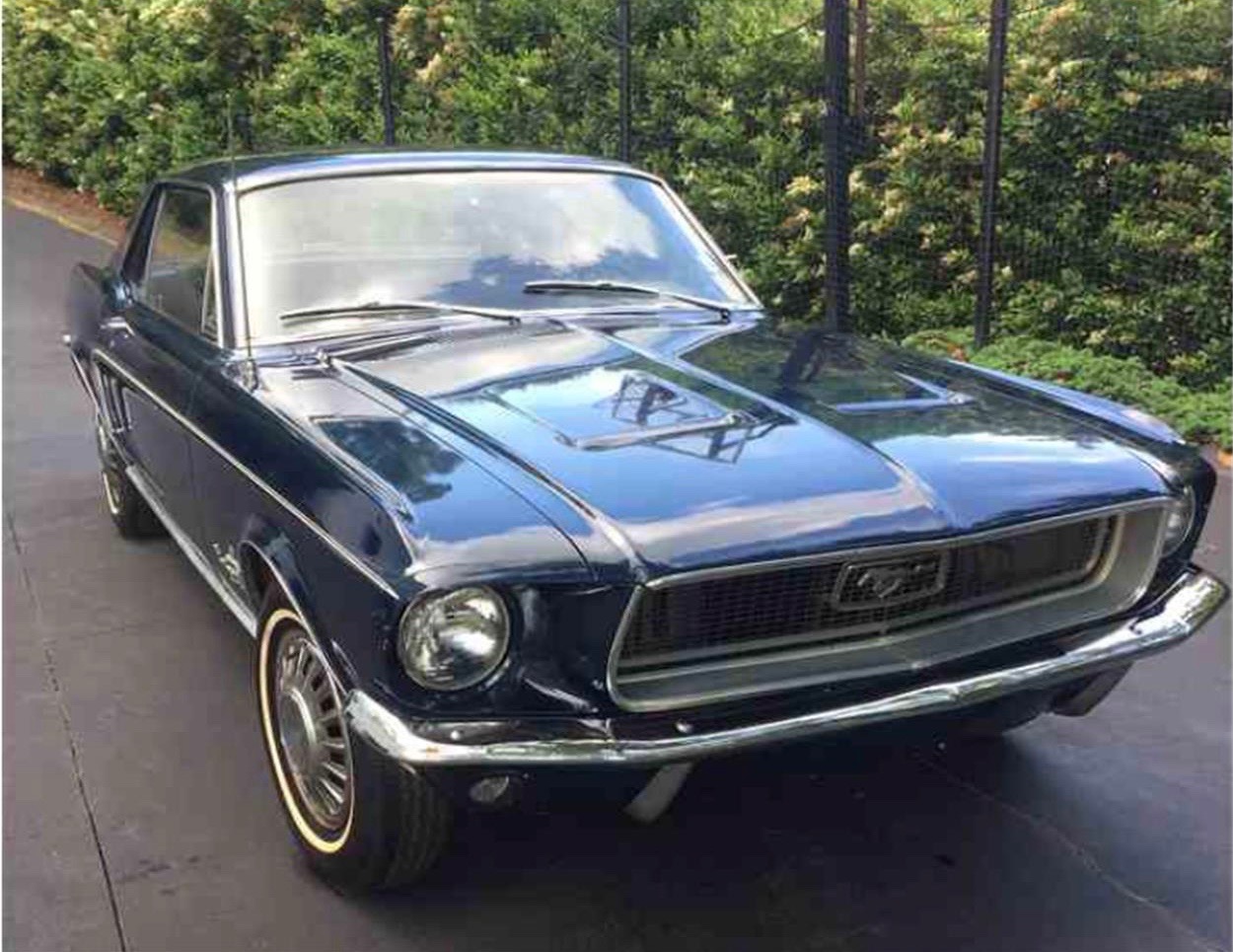 The car originally was Butternut Yellow but in the early 1990s was repainted in a dark-blue shade.

“It has some rust in the usual Mustang areas,” the seller reports, and goes into detail in the advertisement, both in words and photos.

The seller, who has had the car since 1990, adds that the car has been garage kept.

The car is located in Stanley, North Carolina. The asking price is $7,500.