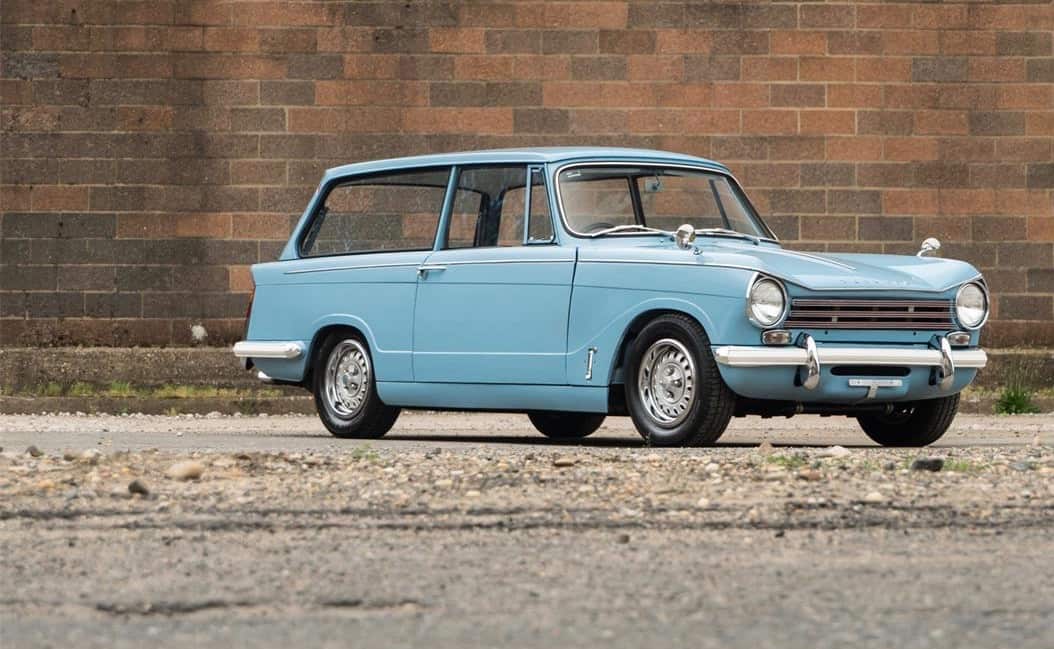 It’s not only middling American cars that get to undergo resto-mod treatments. Our Pick of the Day is a 1970 Triumph Herald estate (station wagon) that not only has been restored but has undergone a significant powertrain transplant.

The British automaker introduced its Herald model back in 1959 with a Giovanni Michelotti-designed two-door sedan body. Additional body styles would be added, and the car would remain in production until the early 1970s.

One of those architectures was a station wagon, or “estate” in Britspeak. According to the car’s advertisement, placed on ClassicCars.com by a classic car dealer in Philadelphia, the Pick of the Day rolled off the Triumph assembly line on May 8, 1970, and was delivered a couple of weeks later to a dealership in Kingston-on-Thames.

The right-hand-drive wagon was equipped with a heater, laminated windshield and tubeless tires, but little else is known of its early years.

However, at some point the car was restored and fitting with a Triumph GT6+ drivetrain. Instead of the original 1,300cc, 61-horsepower four-cylinder, this wagon is propelled by 2.0-liter inline-6 good for more than 100 horsepower.

“This fantastic drivetrain completely changes the driving experience from one that is mundane and slow to much faster and exhilarating,” the dealership claims. “It is sure to leave a smile on the face of anyone who gets behind the wheel.

“This little Herald could certainly be considered a bit of a sleeper. The charming and quirky looks from the outside are sure to attract viewers and passerby’s alike but when you open the bonnet, the real shock and awe take place.

“The upgraded power plant moves this little estate car along at a brisk and lively pace as an exciting exhaust note emanates from the backend. The steering is responsive and nimble and the suspension tight and responsive. The combination of the looks and the driving manners are supremely British and it is truly a delightful little car to drive. 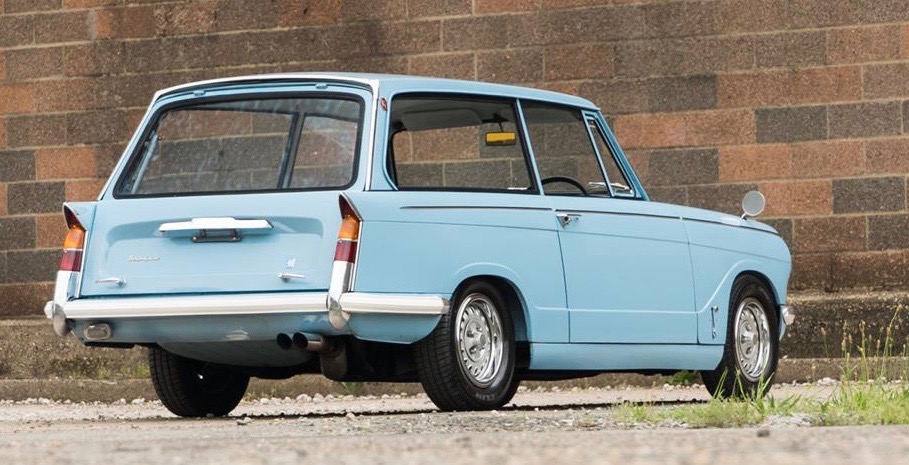 “This little Herald is the perfect weekend picnic mobile with plenty of room in the back to load up food and entertainment and plenty of power and exhilaration up front to allow you to have fun on the way there. The perfect car to show and drive and sure-fire conversation starter.”