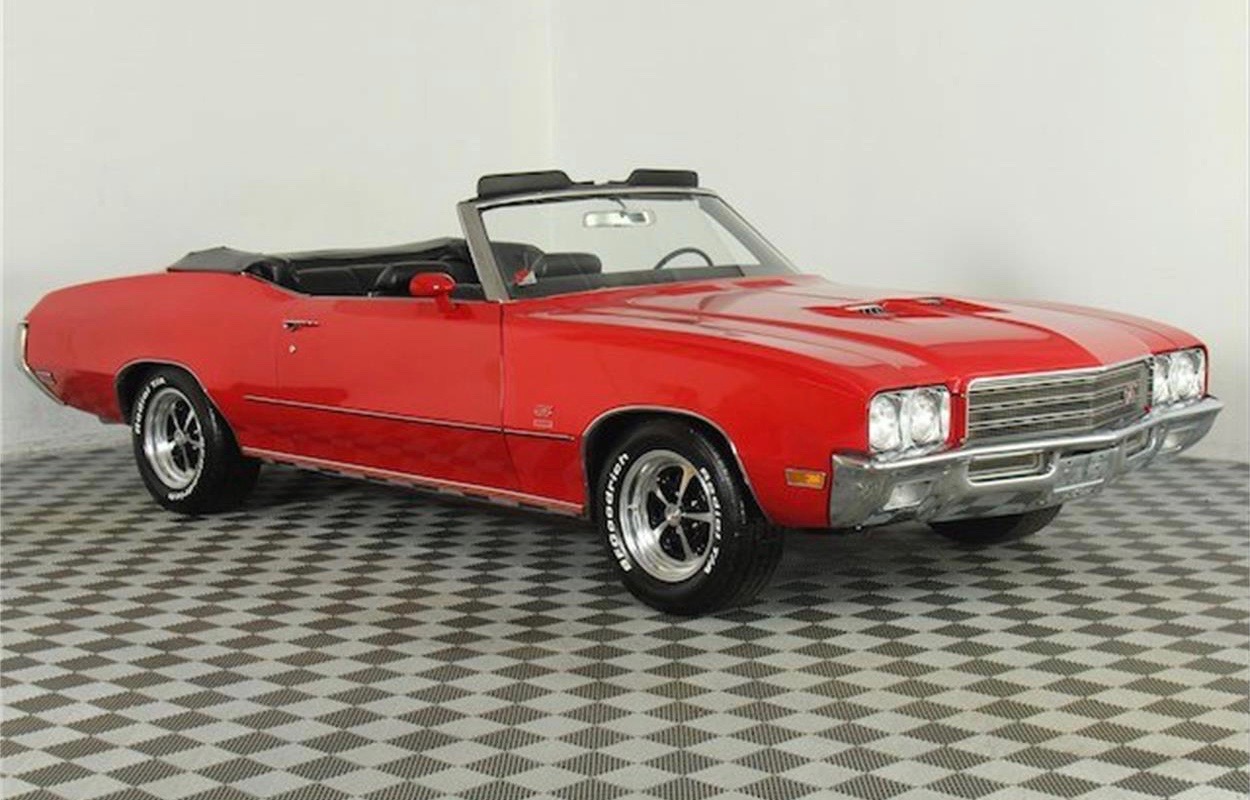 The story goes that back when the Pick of the Day was brand new, it was purchased by a man from Shaker Heights, Ohio. That original owner drove the car until he was 93 years of age, in 2001. And now that 1971 Buick Skylark GS convertible is being advertised for sale on ClassicCars.com by a Chevrolet dealership that is working with a collector car showroom in Elyria, Ohio.

“What a sheltered life this GS has led,” the sellers say in their advertisement, which notes that the car has been driven only 15,905 since that first owner took possession several decades ago.

The car was equipped from new with an automatic transmission, power steering and brakes whitewall tires, dual sport mirrors, Super Sport wheels, and other optional equipment.

While it still carries its original sheet metal and most of its original paint, interior, engine, etc., it does have a freer-breathing exhaust and newer convertible top and wheels and tires.

“You should see the underside of this car; it speaks volumes to its care,” the advertisement promises.

“Looking for a cheap GS with clapped out patched fenders and floors — keep looking this is a car for a discriminating owner/collector.

“In a world of over-restored cars, this car is a shining-light time capsule. Can’t live with the occasional bump, bruise or scrape in the paint — now called “patina” —  then you will have to move on. We will not touch it with paint and suggest to anyone interested it should never be taken away from its originality.”

The ad notes that only 599 GS convertibles with automatic transmissions were produced for the 1971 model year.

For the 1971 model year, Skylark GS models had either a 350cid or 455cid V8, and the engine shown in the photographs with the ad is the 350, which was good for 260 horsepower; the photos also show an aftermarket tachometer on the dashboard).