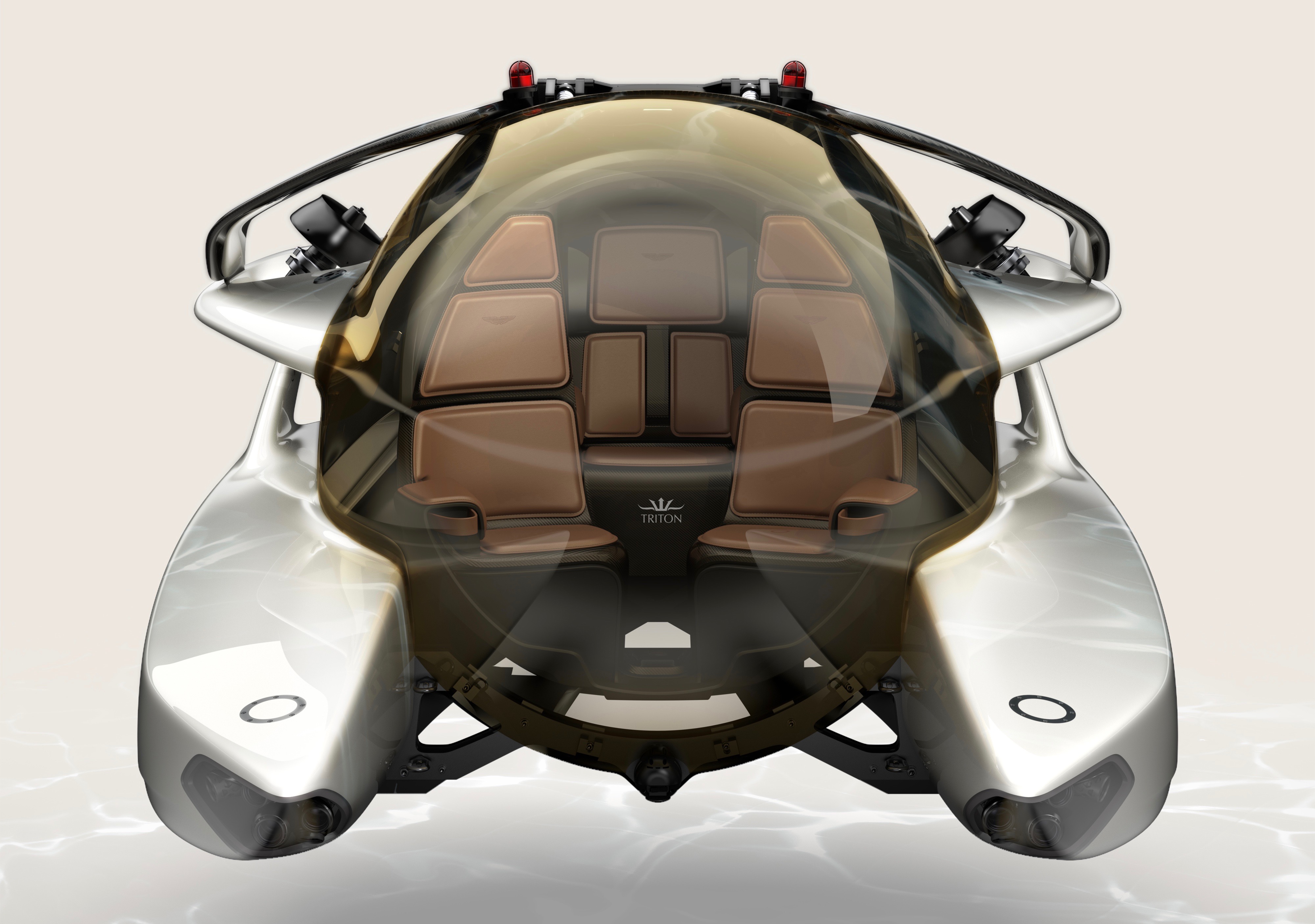 It was in The Spy Who Loved Me that James Bond, portrayed by the late Roger Moore, used his Lotus Esprit S1 as a submersible vehicle. But the next time Bond, James Bond, needs to go under water, he can do it properly in an Aston Martin, now that the automaker and Triton Submarines have announced Project Neptune is moving from design to production.

It was just a few days ago that the two partners announced technical specifications and personalization options for a submersible they promise to showcase for the public sometime this year. 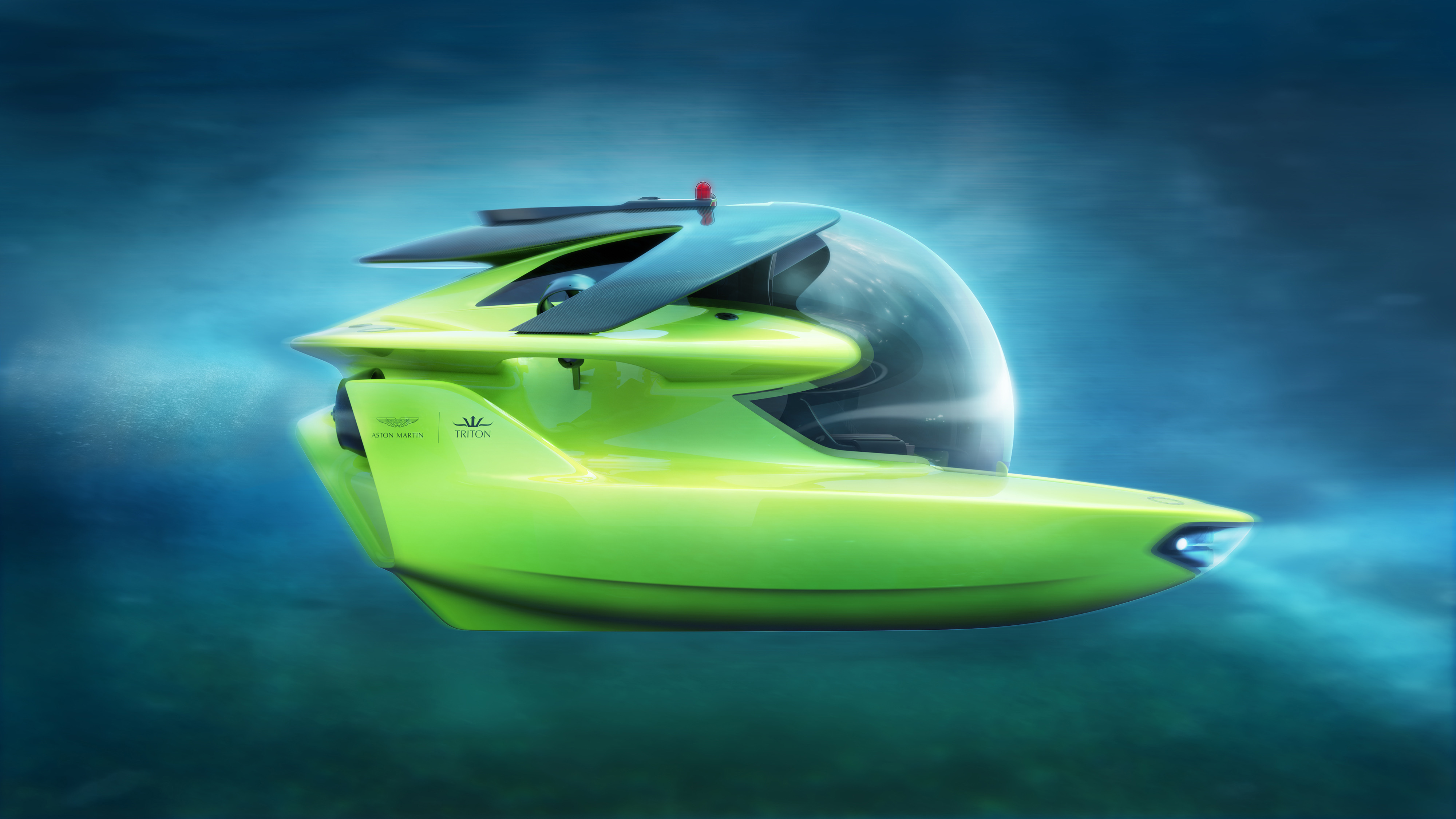 Project Neptune’s specs include carrying two passengers and a pilot to a depth of 500 meters (nearly 1,650 feet) and to have a stop speed of 5 knots (5.7 mph).

“For a vehicle to wear the iconic Aston Martin wings, it must be equipped with all the performance, beauty and elegance one has come to expect from the British marque.,” the company’s said in their joint news release. “To earn a signature trident, the submersible must be safe, reliable and offer its passengers near 360º visibility.”

“The exterior design of Project Neptune owes a lot to the pursuit of performance,” Marek Reichman, Aston Martin’s chief creative officer, was quoted. “As with the Aston Martin Valkyrie, the hyper-car we are developing with Red Bull Advanced Technologies, we have afforded as much attention to the hydrodynamics of the underside as we have the visible surfaces. Some of that detail may never be seen, but its effect will certainly be felt. 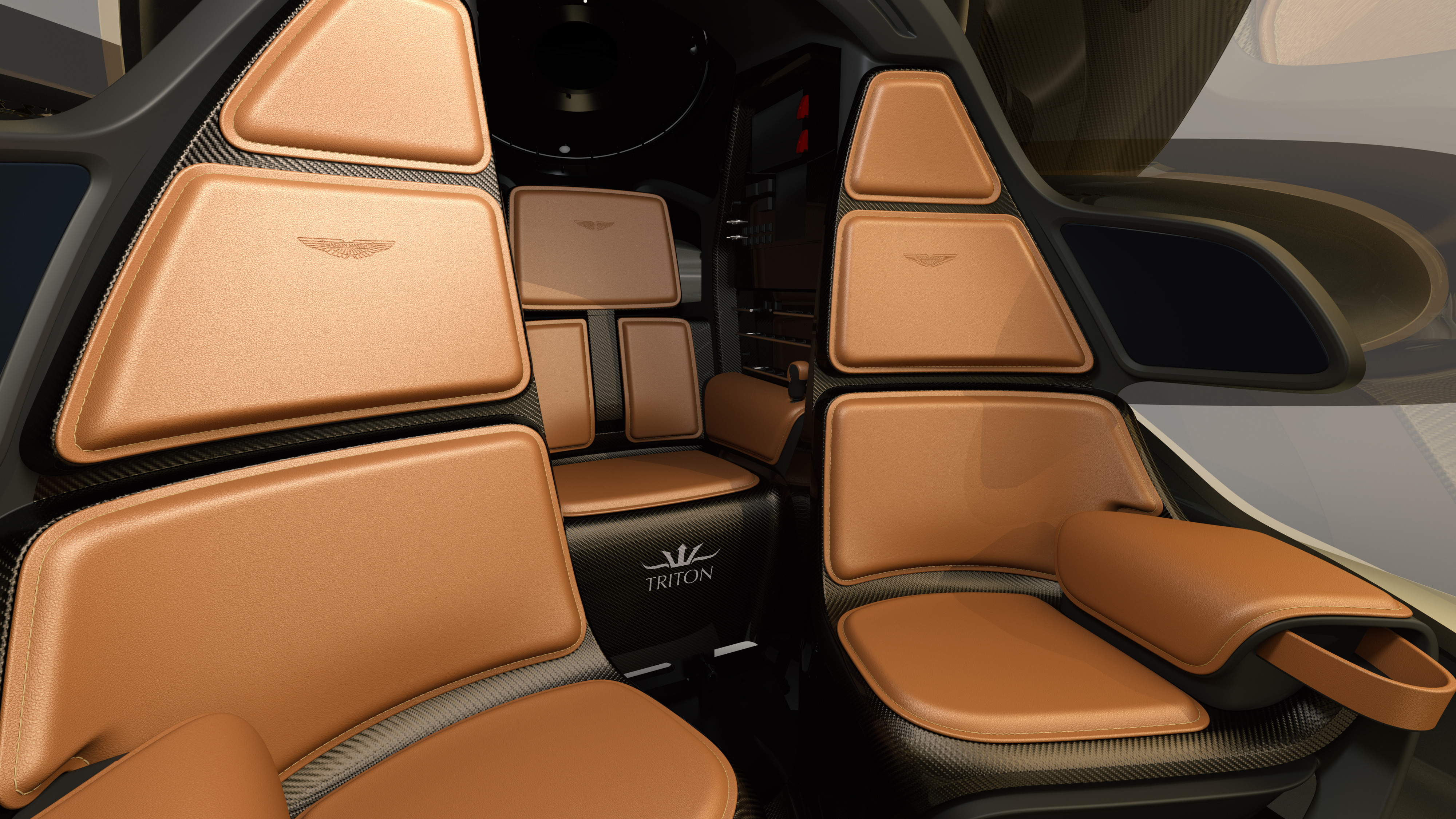 “Project Neptune’s interior was a great challenge. Unlike a sports car where the interiors are installed into an open-sided cabin before the doors are fitted, everything you see inside will be lowered through the upper-hatch and assembled within the completed sphere of the pressure hull. We have been able to present a congruous aesthetic that defies its multi-part complex installation.”

“The work we have done together on the exterior of the submersible pleases me most. I’m particularly proud of our joint development of the acrylic canopy and iridium coating. The prototypes look incredible, being simultaneously functional and beautiful.”

The announcement was made at the Lybra Superyacht Show in Barcelona, Spain, where Aston Martin and Triton Submarines welcomed prospective buyers “to secure one of the remaining build-slots for Project Neptune.”