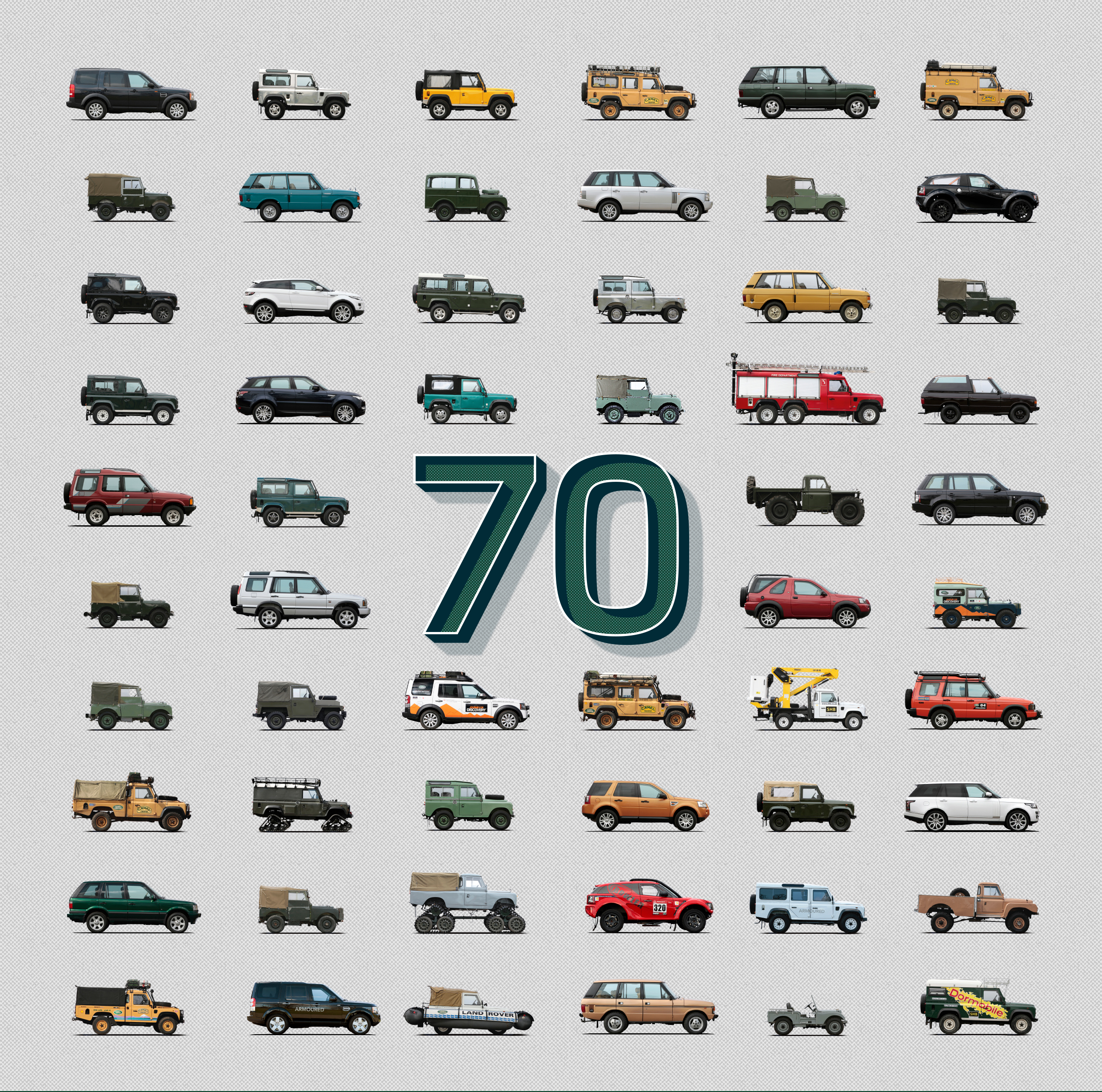 Although founded 70 years ago in England, the first North American-spec vehicle was produced and sold in the U.S. in 1987.

In England, Land Rover officials noted that the vehicle was created as a stopgap after World War II “and went on to become the world’s favorite 4×4 with over 7 million sales.”

The original Land Rover was unveiled at the Amsterdam Motor show on April 30, 1948.

“Land Rover was born with the launch of a single vehicle,” Ralf Speth, chief executive of Jaguar Land Rover said in a news release. “Today our family of SUVs is testament to the pioneering spirit of innovation that has characterized Land Rover for seven decades. Our family of Defender, Discovery and Range Rover models provides unrivaled capability, versatility and luxury, giving us the perfect foundation for another 70 years of success.

“Land Rover is so much more than just the most capable all-terrain vehicles. It connects people through a passion for adventure and making more of our world. From our employees to customers and enthusiasts, this is the family that makes Land Rover special.”

1948     Land Rover Series I launched at the Amsterdam Motor Show

1953     Long Wheelbase version of the Series I is introduced

2006    Freelander 2/LR2 launched. The first Land Rover to be manufactured at Halewood