Can a Sequoia be considered stealthy? 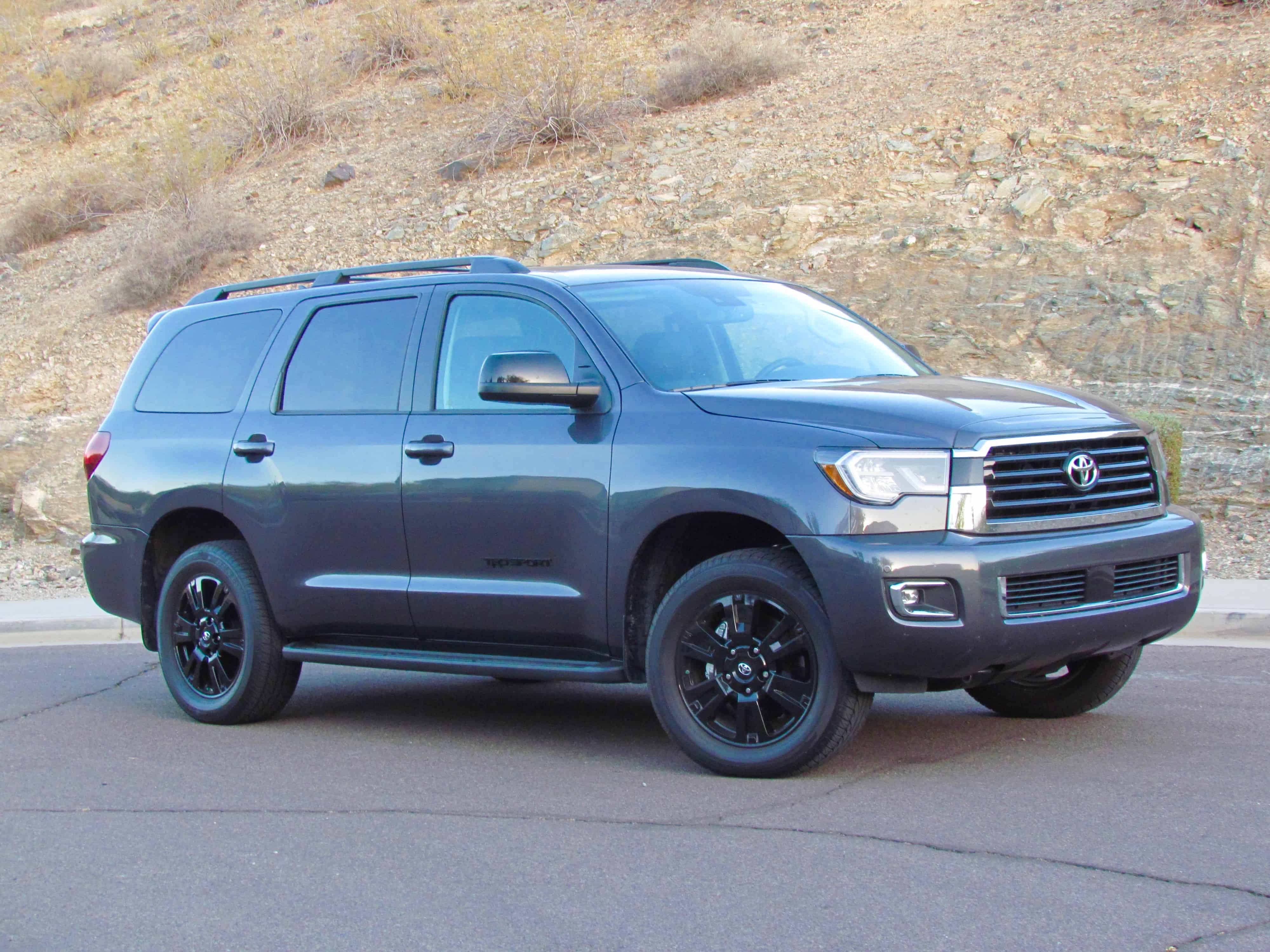 Stealth is not a word you might commonly associate with a sequoia, and it doesn’t matter whether you’re contemplating the world’s largest species of redwood trees or the sport utility vehicle named for them.

In the case of the trees, their scientific name, Sequoiadendron giganteum, belies any consideration of being hidden from view. In the case of Toyota’s SUV, a vehicle that is more than 17 feet long, 6 feet tall and 6 1/2 feet wide and weight in at just slightly less than three tons is hardly going to be overlooked as it travels down the highway.

And especially not when it’s pulling along a 6×12, bright-orange, enclosed UHaul trailer.

But unhitch the trailer and if your 2018 Sequoia happens to be the new-for-2018 Sequoia TRS Sport edition, and especially if it’s one with an almost monotone Magnetic Gray Metallic paint over black-painted 20-inch diamond-cut finished wheels, even such a SUV giganteum not only is sporty, but downright stealthy in its appearance.

OK, so it’s not fighter jet invisible to radar, but with its new Midnight Black grille and mirror caps, and with blacked-out badging (a TRD Sport standard feature), you might not draw a lot of notice as your hustle down the highway. Which you can do at some considerable speed, what with a 381-horsepower, 5.7-liter V8 under the hood, and with some dexterity with Bilstein shock absorbers at each corner, with TRD Sport anti-sway bars front and rear, and with 20-inch rubber on the road.

And with 401 pound-feet of torque, that engine also can pull along a goodly sized trailer without working up a sweat (90 percent of max torque is available from 2,200 rpm). While my load included boxes of books and around a dozen book cases, the Sequoia doesn’t really care what comprises the up to 7,400 pounds it is rated to tow, so it could just as well be a camper, toy hauler or a sleek, gun-metallic ski boat on a matching trailer.

Within the SUV’s stealthy exterior is Sequoiaesque space for people and their stuff: Three rows of seats and, for the 2018 model year, Optitron gauges, a 4.2-inch driver-information display and leather-wrapped steering wheel.

The TRD Sport slots between the basic SR5 and the Limited edition, with a Platinum version as the top-of-the-line model. While ours had seven seats, eight-place seating is available. Ours was a 4-by, but rear-wheel drive also is available.

The week passed too quickly. In the case of this stealthy SUV, out of sight won’t mean out of mind.