Dinner with Eleanor is the prize 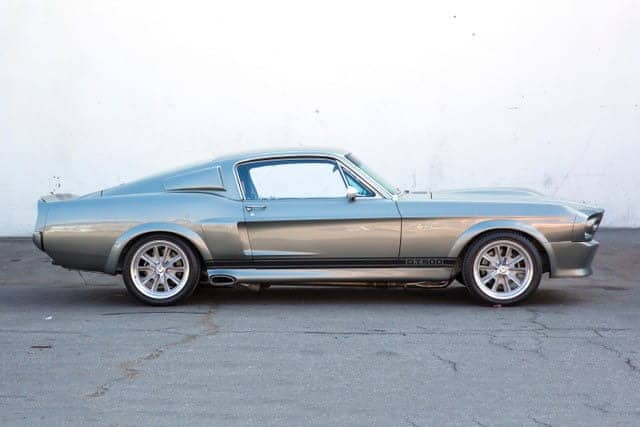 It will cost you $20, but if your ticket is the winner, the reward is significant: A dinner date with one of the most famous movie celebrities of all time. No, it’s not some mere actor but the 1967 Shelby Mustang GT500 from the remake of Gone in 60 Seconds. Yes, it’s Eleanor in all of her resto-mod glory.

Thanks to Cinema Vehicles, the company that built Eleanor, and many other Hollywood movie-star cars, the Drive Toward a Cure is offering the opportunity for someone to enjoy an evening in Eleanor’s company on May 5 at the Alisal Guest Ranch and Resort in Santa Ynez, California.

“During the month of April, we’ve experienced an outpouring of support with grassroots events throughout the country, creating fundraising opportunities on our behalf,” said Deb Pollack, founder of Drive Toward a Cure.  “Adding ‘Eleanor’ to the mix is the most creative addition yet, and we’re anxious to keep spreading the word for Parkinson’s.”

Pollack’s mother was claimed by Parkinson’s Disease in 2006, and she “wanted to find a meaningful way to share my passion for driving and the car industry with others of a similar mindset, while using those passions to fuel a movement to raise funds and awareness,” the long-time automotive public relations specialist said, so she an Mark Davidson of Intelliga Communications crated the Drive Toward a Cure charity.

The program provides driving tours through which the collector car community can raise funds to benefit the that raise funds the Michael J. Fox Foundation and The Parkinson’s Institute and Clinical Center.

The next of those tours is the California Adventure, scheduled for May 3-6.

Until April 30, donations of $20 or more made through the Drive Toward a Cure website (include the note “Eleanor”) are entered in a drawing for two tickets for the evening with Eleanor, which also will include a private rodeo and ranch BBQ. Individual tickets also can be purchased for the event.

“This Mustang is probably one of the most iconic movie cars we’ve ever built — and that says a lot since Cinema is the largest supplier of movie cars in the world,”: Jesse Dickerson, president of Cinema Vehicles, is quoted in the Drive Toward a Cure announcement. “We are thrilled to play a role with Drive Toward a Cure and hope people will support this great charity even more by offering a chance to come see one of the original cars from the film.”