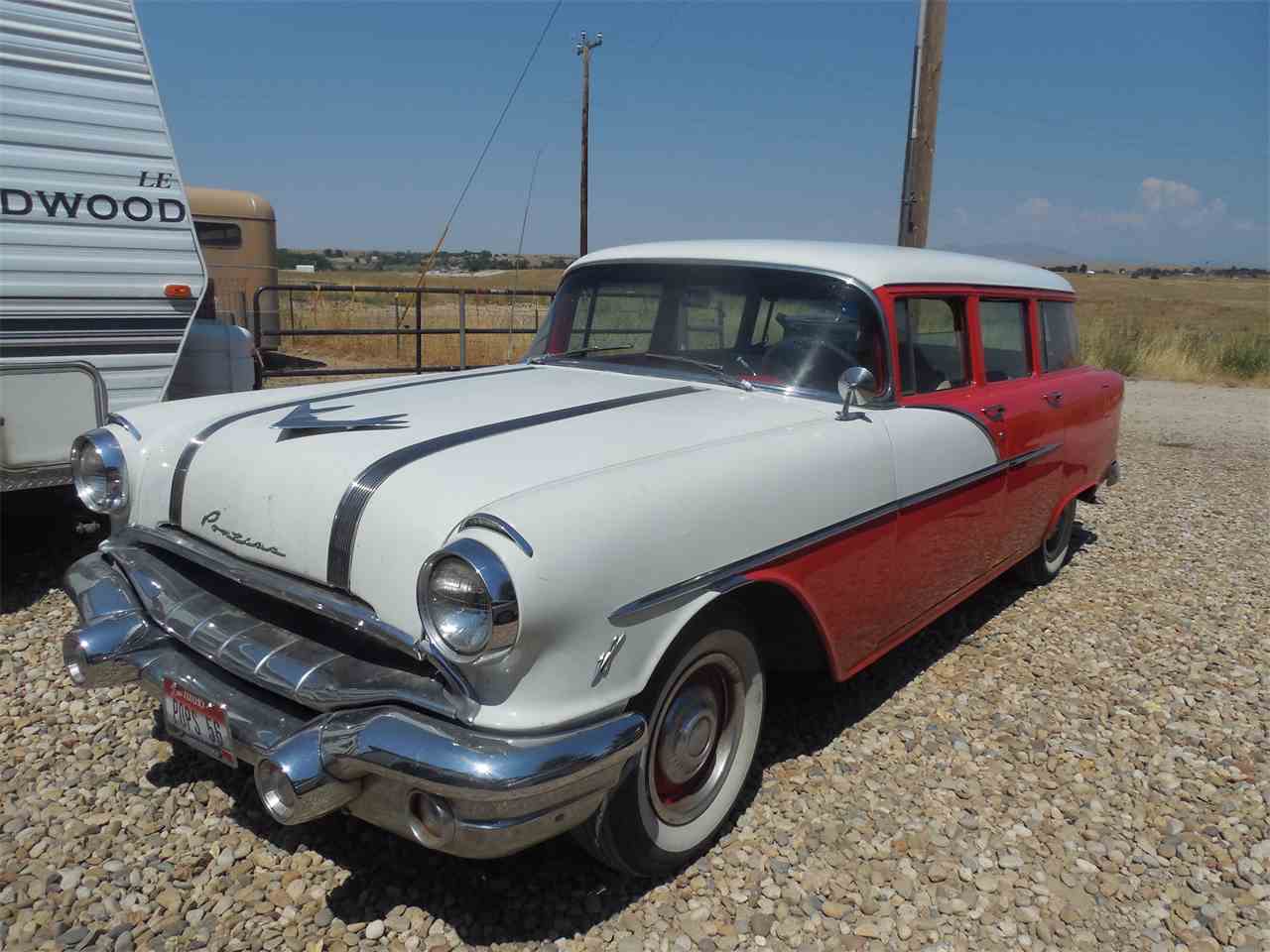 Remember how the entire family would pile into a station wagon and go for a Sunday afternoon drive?

You do if you are of a certain age because such activities were popular in the pre-digital era of the 1950s and ’60s.

The Pick of the Day seems a wonderful throwback to those days, a 1956 Pontiac Star Chief Chieftain station wagon, and one with the optional third-row seat and the “air flow” vent windows just behind the C pillars so those sitting in the way-back seat wouldn’t suffocate on warm days.

This red-and-white four-door, being advertised on ClassicCars.com, also is practical for carrying cargo since the second- and third-row seats can be folded flat. 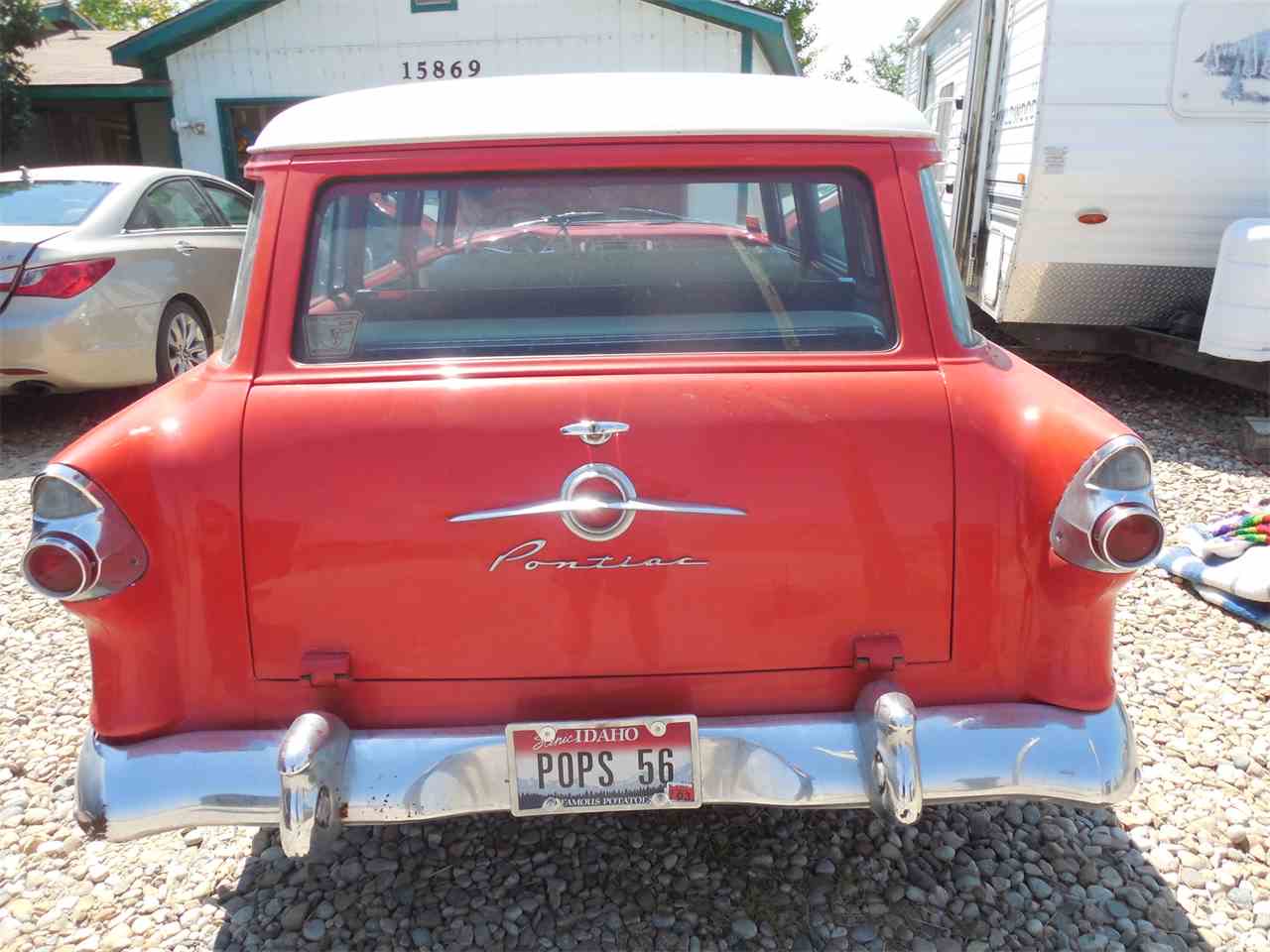 The car — the license plate notes it’s Pops 56 — was inherited from the private seller’s father, who was the car’s third owner. The car is being sold because of the failing health of the seller’s wife, who apparently has been the car’s primary driver after Pops, though the car hasn’t been driven very much — the seller says the 21,503 miles on the odometer are accurate.

The car has a 316cid V8 engine and automatic transmission. The seller says the powertrain has been serviced and runs smoothly. The car also has a new battery, shocks, brakes, electric fuel pump and only 3,500 miles on the whitewall tires. 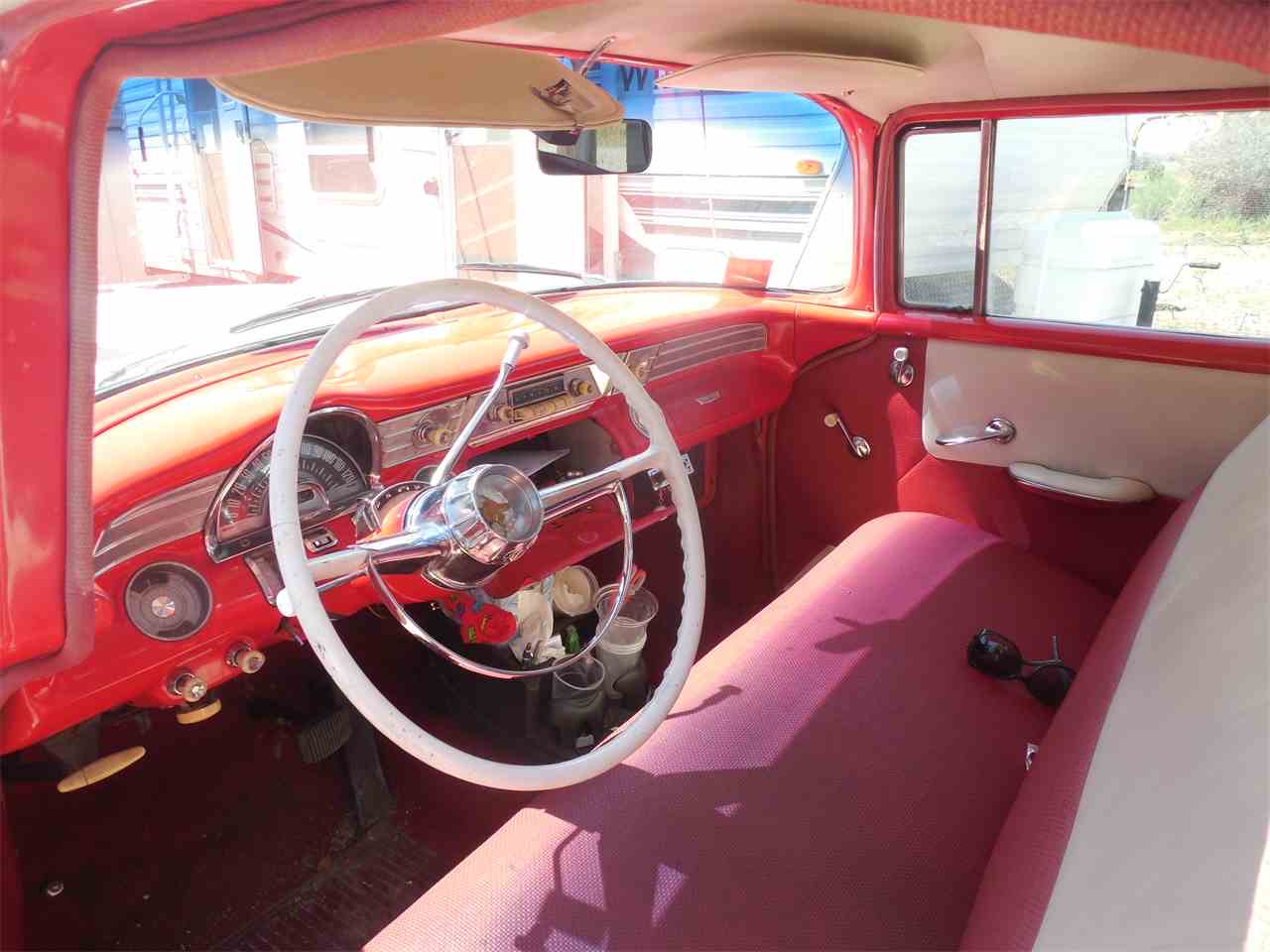 The car needs some interior work – the radio does not work, for example – but the seller says such things as the rear latch cover come with the car for a buyer who wants to do such “minor repairs.”

Also being sold with the car are the original owner’s manual, a 1956 shop manual reprint, and pictures and awards Pops won with the car, which is located in Caldwell, Idaho, and is for sale for $23,950. 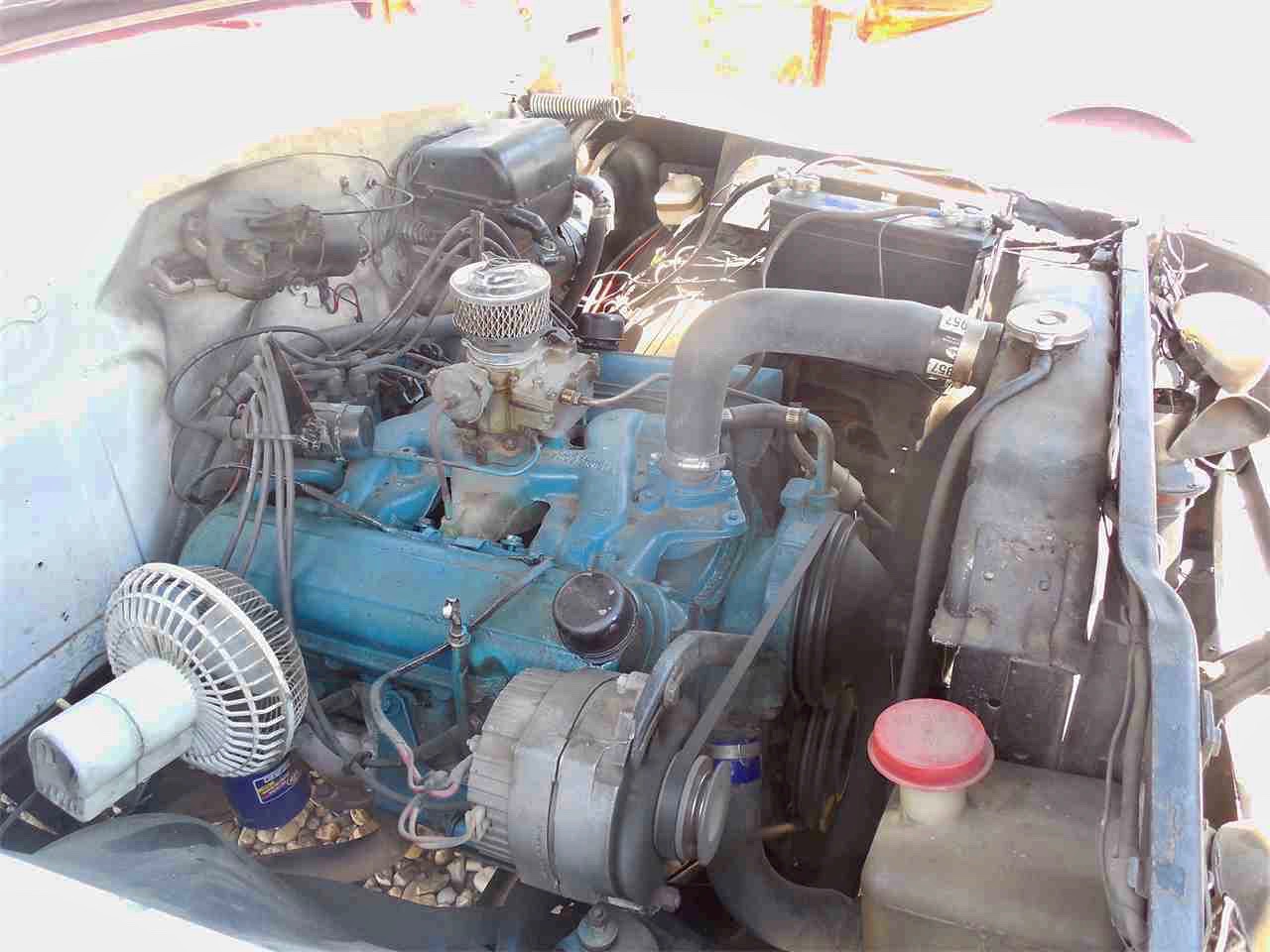