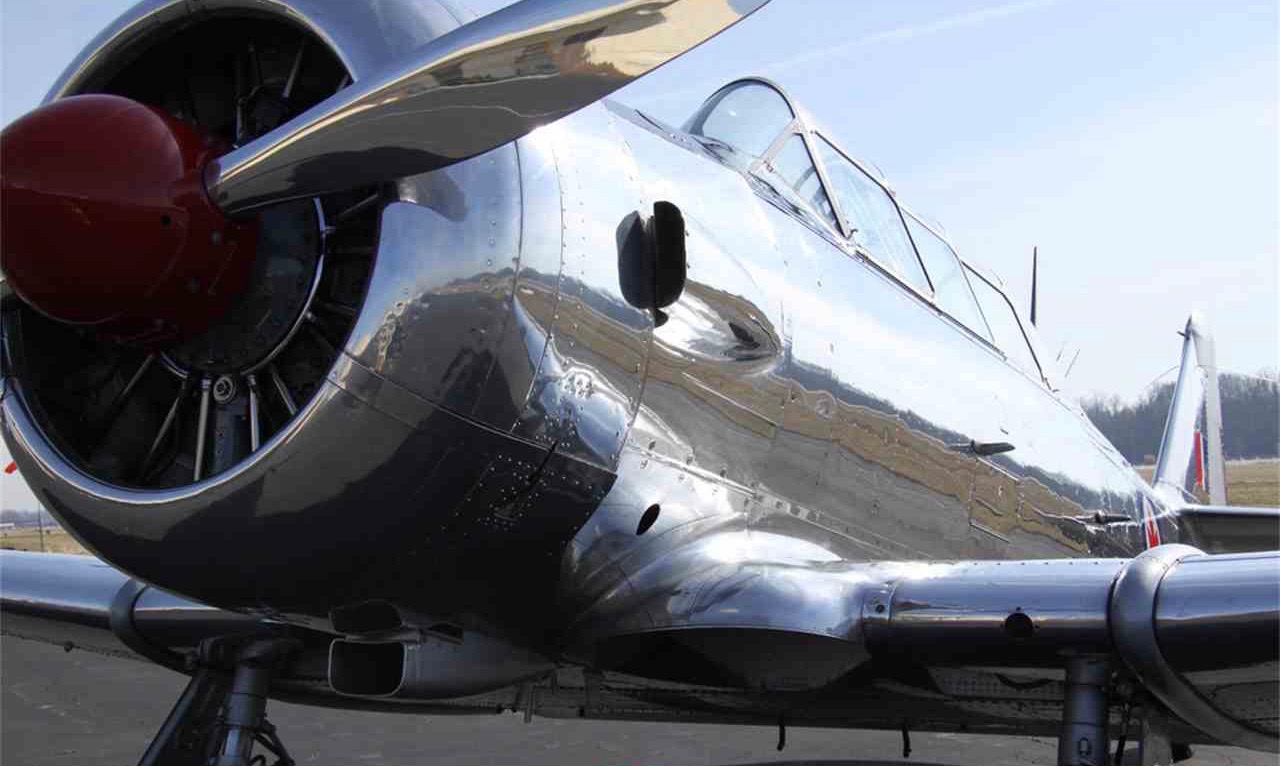 The Pick of the Day doesn’t look like an automobile because it is not. What it is is a 1954 Harvard T6 Mark IV aircraft, being offered for sale by a car museum in St. Louis.

“Beautifully restored vintage plane ready for its new owner to fly and enjoy,” the seller notes in the aircraft’s advertisement on ClassicCars.com.

The ad notes that plane has a polished-aluminum exterior and its Pratt & Whitney engine was restored 490 hours ago. The aircraft also has “pre-oiler Cleveland brakes,” polished propeller prop spinner, new seats and a new Warbird intercom and GPS. It also has a custom exhaust as well as the original setup.

The plane, used to train military pilots in the post-war period, was developed by North American Aviation and was known as the Texan, or the Harvard when sent to other countries. The original version was produced in the 1930s. The Mark IV was produced in Canada.