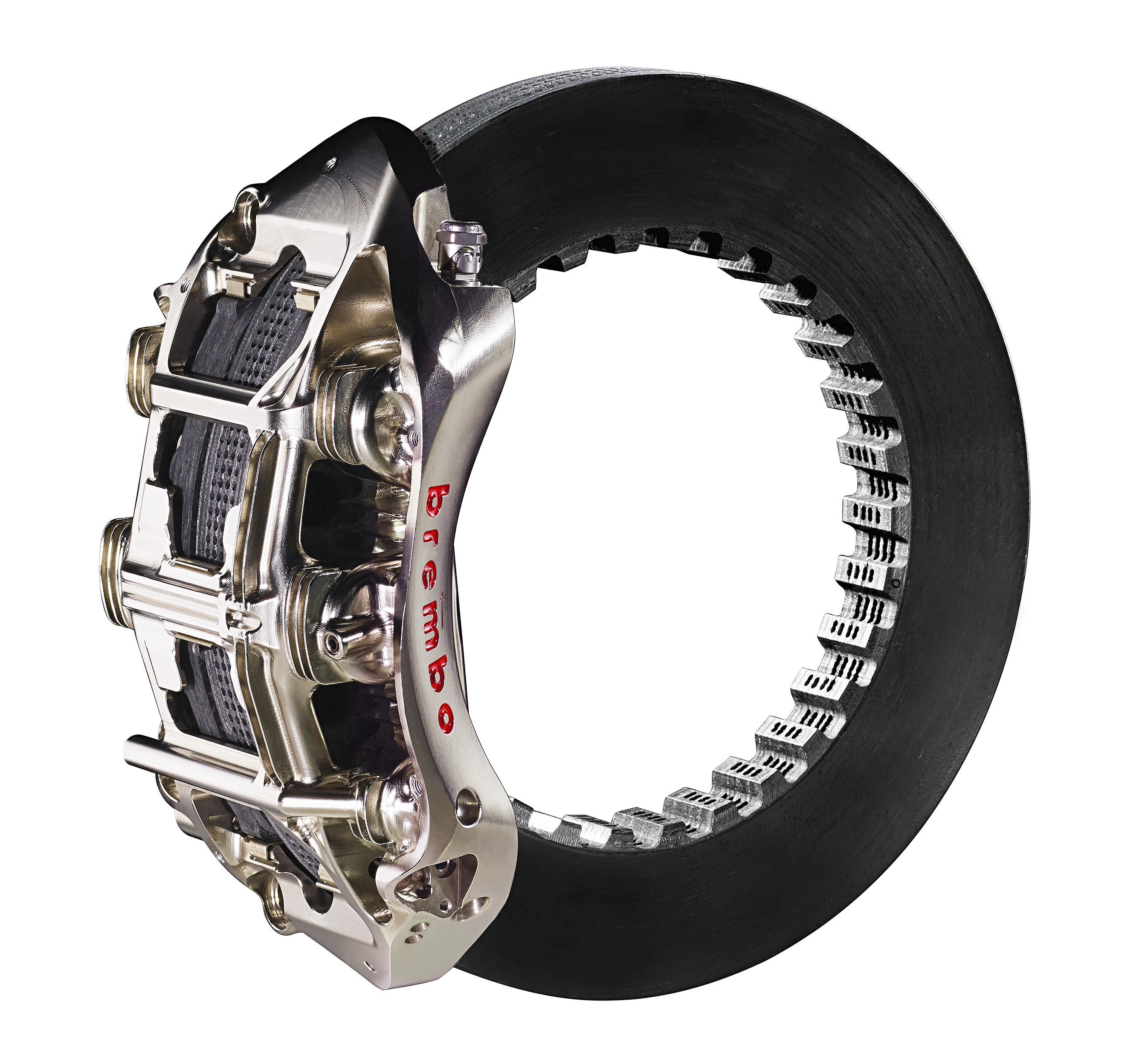 Formula 1 racing cars will run on softer-compound tires when the 2018 season starts this weekend in Australia. Called “Hypersoft,” the tires are designed to improve grip for all cars.

But increased grip also means a need for more braking torque, so Brembo has produced a new F1 caliper and disc in pursuit of its 24 driving and 27 manufacturers championship in the 42 years the company has been a supplier to F1 teams.

“The increase in the braking torque, even if contained, determines an increase in the temperatures throughout the braking system,” Brembro said in its pre-season news release. “To overcome this issue, Brembo has improved the ventilation of the brake discs. Now each disc features almost 1,5000 ventilation holes in the most extreme versions.”

Each Brembo driver can choose from three ventilation options for each race.

Another change for the 2018 season that has an impact on braking is the addition of a safety “Halo” around the driver’s head. The device adds about 15 pounds to each car, weight the teams try to counter by reductions elsewhere.

In response, Brembo said it has miniaturized elements within its brake-by-wire system, lightened aluminum-lithium calipers (while increasing stiffness), and it will offer 4-piston rear calipers in addition to the traditional 6-piston brakes.

Brembo does bespoke brakes for each team it supplies. Typically, it said, a team orders 10 to 15 sets of calipers for the season, in addition to 140 to 240 discs and as many as 480 brake pads for its two-car entries.

Those figures are considerably more sets than the typical passenger or collector car owner might ever use. In addition to supplying F1 teams, Brembo is an original equipment supplier for many high-performance road cars and for the automotive aftermarket, and works to transfer such advanced technology from the race track to the roadways.