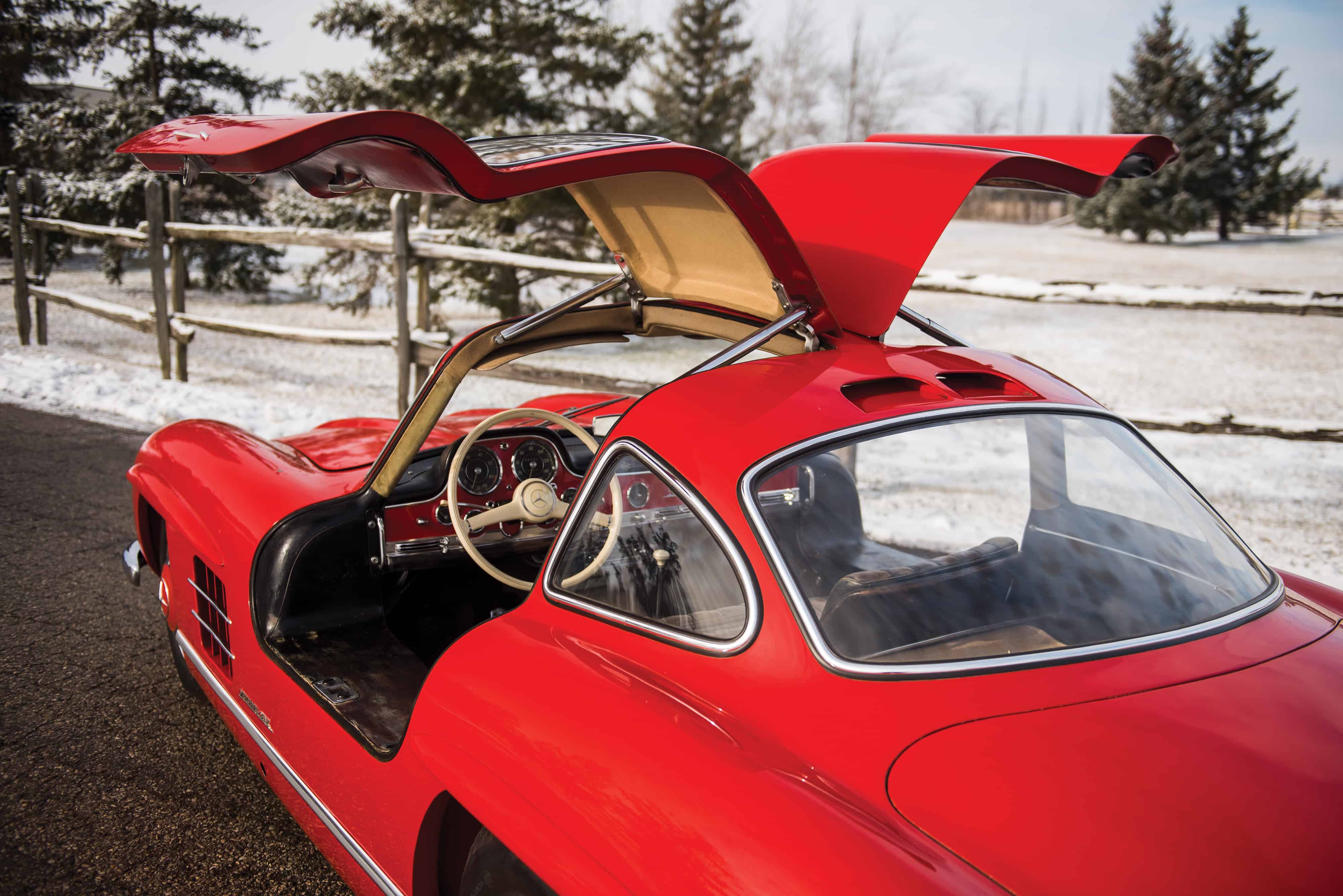 One of the last Mercedes-Benz “Gullwing” coupes produced has been added to the docket for RM Auctions’ Fort Lauderdale, Florida, sale the weekend of April 6-7, when the full amount of its hammer price will be donated to the YMCA in Jackson, Michigan, the consignor’s hometown, the auction company has announced.

Only four more Gullwings were built before the 1957 model-year production ended, RM Auctions notes, adding that the car, chassis No. 7500071, “carries
the most desirable late-production features, as well as the optional Becker Mexico radio and full leather upholstery.”

The car originally was sold to Donald Bueermann in Portland, Oregon, before going to an oil company heir, Arthur L.W. True. When True died in 1967, his family donated several of his cars to the Henry Ford Museum.

“The museum decided the Gullwing was outside their needs, and it was soon sold to the current proprietor, a resident of Jackson, Michigan,” RM Auctions reported.

But instead of keeping the car in a private garage or collection, the owner loaned it to the Auburn Cord Duesenberg museum in northeastern Indiana, where it has been on display for four decades.

“Thanks to its museum residence,” RM Auctions said, “the 300 SL Gullwing has survived in exceptionally original condition, retaining much of its original Fire Engine Red factory paint. The interior was upholstered in the correct, now unobtainable surface-dyed black leather decades ago, and is tear-free, showing only wear from the driver climbing in and out.

“The original Michelin spare tire is found in the trunk, and two of three original belly pans accompany the car. Amazingly, all 36,375 miles currently recorded were added prior to 1968.”

The Jackson Y is involved in the construction of a new building and the sale of the Gullwing is expected to add $1 million to $1.3 million to that effort, RM notes. 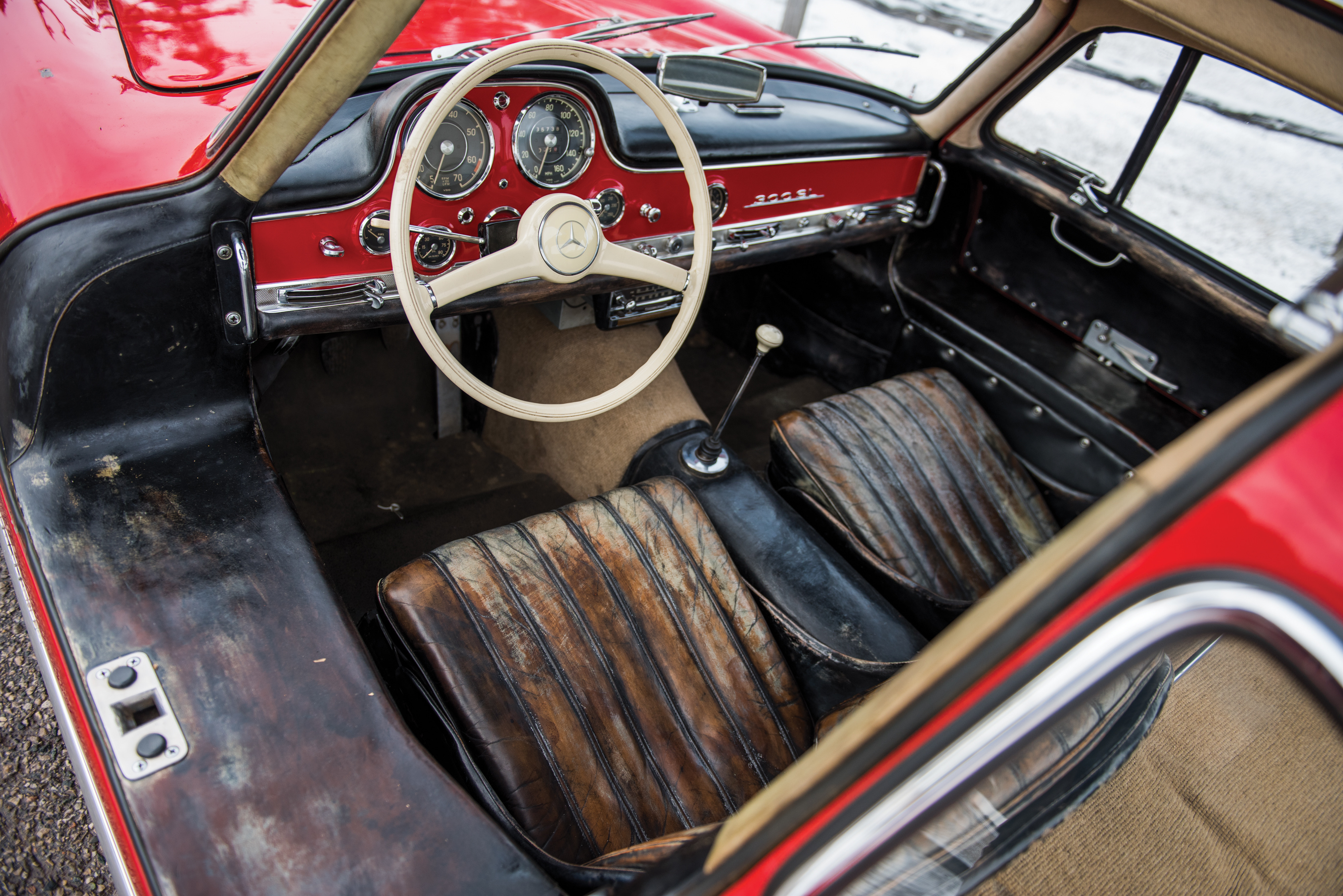 “There are almost no other Gullwings on the planet that have survived in the condition of this car,” Gord Duff, RM Sotheby’s global head of auctions, was quoted in the company’s news release.

“The fact that it has also had only three owners in its lifetime — the most recent for over 50 years — makes it a very rare, very special example. This is a car that has reached so many in the collector car hobby and will now benefit an entire community.”

The addition of the coupe presents RM Auctions with the opportunity to offer both an original Gullwing alongside an unrestored 300 SL roadster at Fort Lauderdale. It previously had announced the consignment of a 36,600-mile 1962 300 SL roadster for the sale coming from four decades of ownership by another Michigan car owner.

“The originality of both the 300 SL Gullwing and Roadster on offer at our Fort Lauderdale sale is unrepeatable,” Duff added. The roadster has a pre-sale estimated value of $1.2 million to $1.5 million. 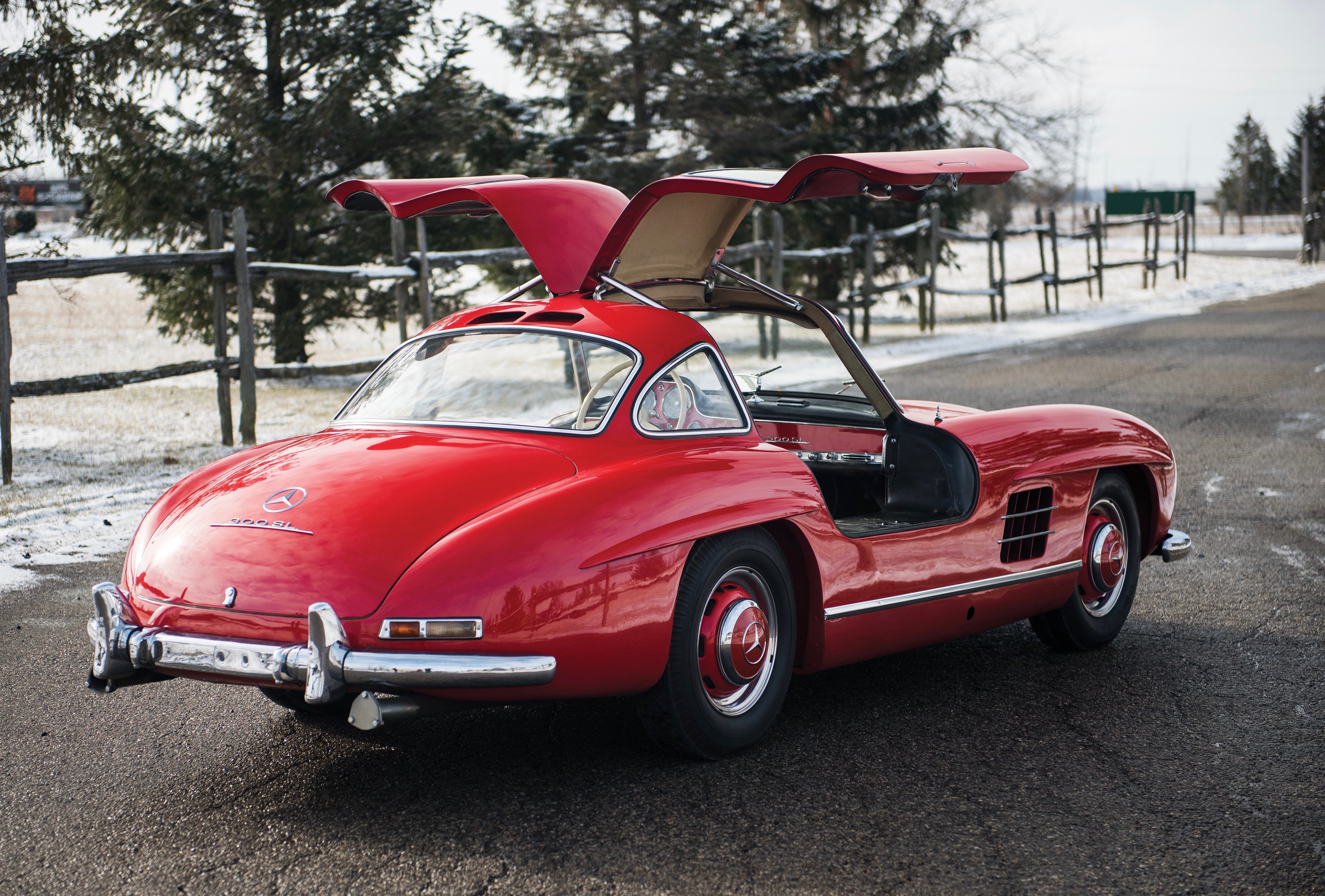