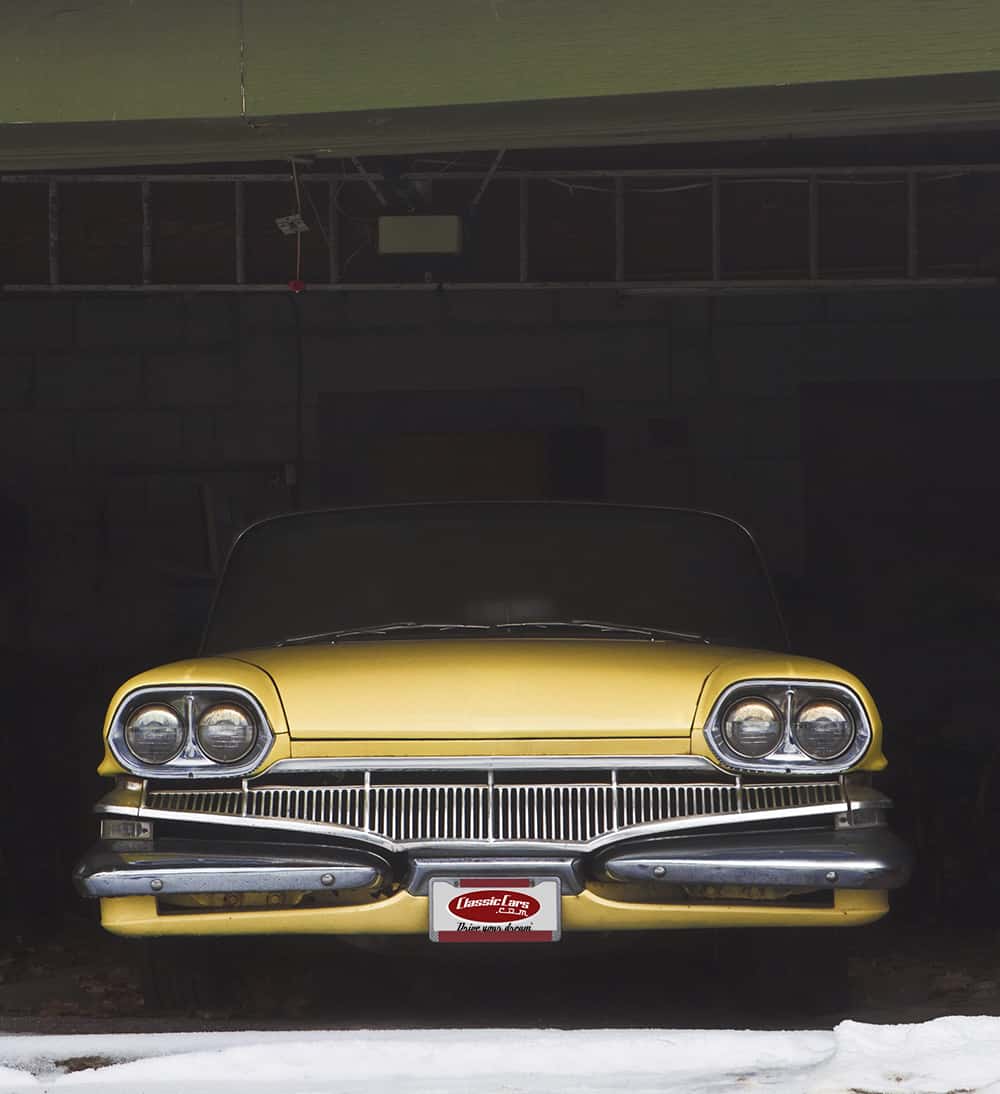 Spring is a highly anticipated season for classic car owners. They’ve been checking in on their hibernating vehicles — maybe even starting them up and listening to them purr. Now, as the end of winter arrives, it’s time to get their babies ready for the road.

However, spring can bring unexpected maintenance issues stemming from the way a car was stored.

Oil and fuel expert Lake Speed Jr. of Driven Racing Oil explains what these issues are and why so many classic car owners make the same vehicle storage mistakes year after year. Speed Jr. has a long history with vehicles, he’s the son of NASCAR racer Lake Speed.

Speed cautions classic car owners against starting their cars engines and letting them run for a few minutes during winter months.

“There are a lot of people who have this idea that they’ll go out there and crank the car every couple of weeks, let it run for a couple of minutes and then turn it off. That’s the worse thing you can do,” he said.

“The engine’s cold and you’ll get fuel dilution, blow-by and moisture in the crankcase, and if you only run it for a few minutes, that few minutes of run time isn’t long enough for the engine to get warm enough to evaporate all of that stuff out.”

Change the oil, unless…

People who run their cars during the winter may think the oil goes bad during storage. That’s not the case, Speed said.

“You have two different schools of thought about what you do with the oil after a car has been stored. Some guys will swear that you have to change the oil because the oil’s gone bad, but that comes from people who have been out starting their car and letting it run for two minutes a week all winter.”

Under the proper circumstances, oil can sit in an engine for six months and still be drivable. To help decide whether an oil change is necessary immediately after a car has been stored, Speed offers three situations:

Top off and protect the fuel

Even if all the oil preparation is done properly before storing the vehicle, the fuel in the vehicle can become an issue.

“If the car doesn’t run right, don’t blame your engine,” Speed said. “It’s probably because your fuel is crap, especially if you used ethanol-blended fuel when you put the car away.”

Ethanol fuel is the silent killer for classic cars. Gas tanks “breathe” through the filler neck, and ethanol fuel absorbs moisture from the air. In addition to the damage moisture can cause, impure fuel doesn’t burn as efficiently and reduces the power output. If the fuel has absorbed too much moisture, it may be impossible to start the engine.

“If the tank is completely full you’ll get more fuel life,” Speed said. “Some guys will run their tanks almost empty before storage, but that gives it the biggest ‘lung.’ That means the little fuel you do have left in there is junk.”

There are fuel additives designed for carbureted and fuel injected engines that can help protect fuel during storage. Speed also recommends adding a carburetor or fuel injector cleaner to the fuel before your first spring drive.