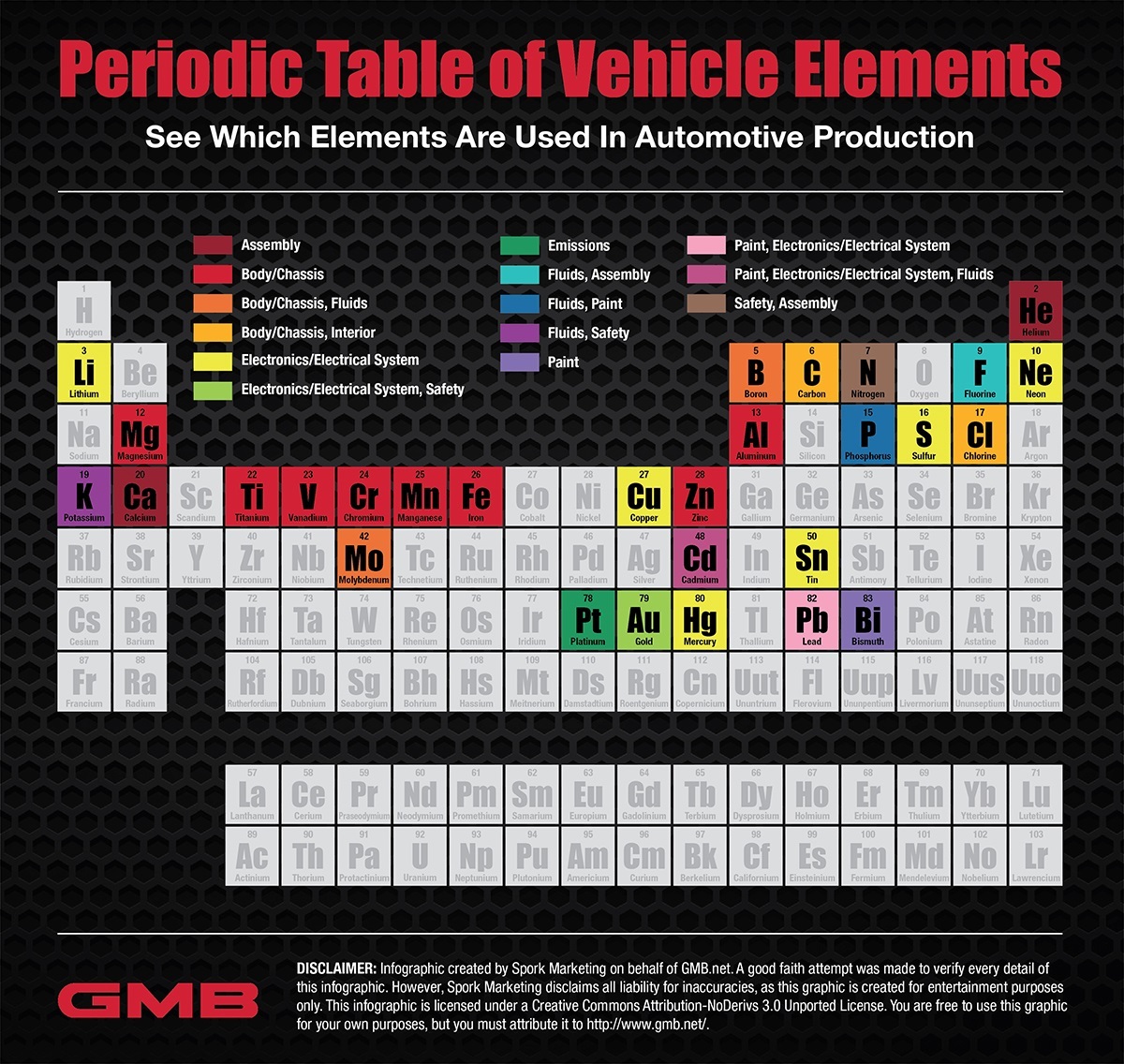 Remember having to use the Periodic Table when you took chemistry in high school? Automotive supplier GMB North America shares an automotive version of that chart to show how the elements are used in vehicle production.

The chart, by Spork Marketing, is color-coded to indicate usage (click on the chart above to see the entire image).

“Every new vehicle has thousands of parts, from individual nuts and bolts to plastic trim and body panels,” Sarah Porter, GMB North America marketing manager, is quoted in the news release. “While a lot of these parts are made from the same groups of elements, there are some surprises.

“We thought it would be fun to show how various elements are used by the auto industry in a familiar format.”

GMB North America notes that aluminum not only is used for body panels and wheels, but to reduce weight in engine blocks, cylinder heads, control arms and battery cables.

Ever hear of bismuth? It’s a pearl pigment of bismuth oxychloride and was used in automotive paint from 1998-2000, but since has gone the way of lead and uranium, though some bismuth still is used in the steel used in some engine parts.

Calcium, in the form of calcium carbide, is another ingredient in steel.

Carbon has many uses, among them in carbon fiber.

There’s not only gold in them thar hills, but in electrical system components such as the circuitry that fires airbags in a collision.

Platinum is a key component in catalytic converters. In fact, says GMB North America, in the U.S. the auto industry uses more platinum than any other industry.