Four years to the day after it was among eight historic Chevrolet Corvettes swallowed by a sinkhole that opened beneath the Skydome at the National Corvette Museum, a Tuxedo Black 1962 sports car was unveiled Monday after its restoration.

A year ago, the still-damaged car was removed from the Skydome display so its restoration could begin in the museum’s AutoZone-sponsored maintenance and preservation workshop. 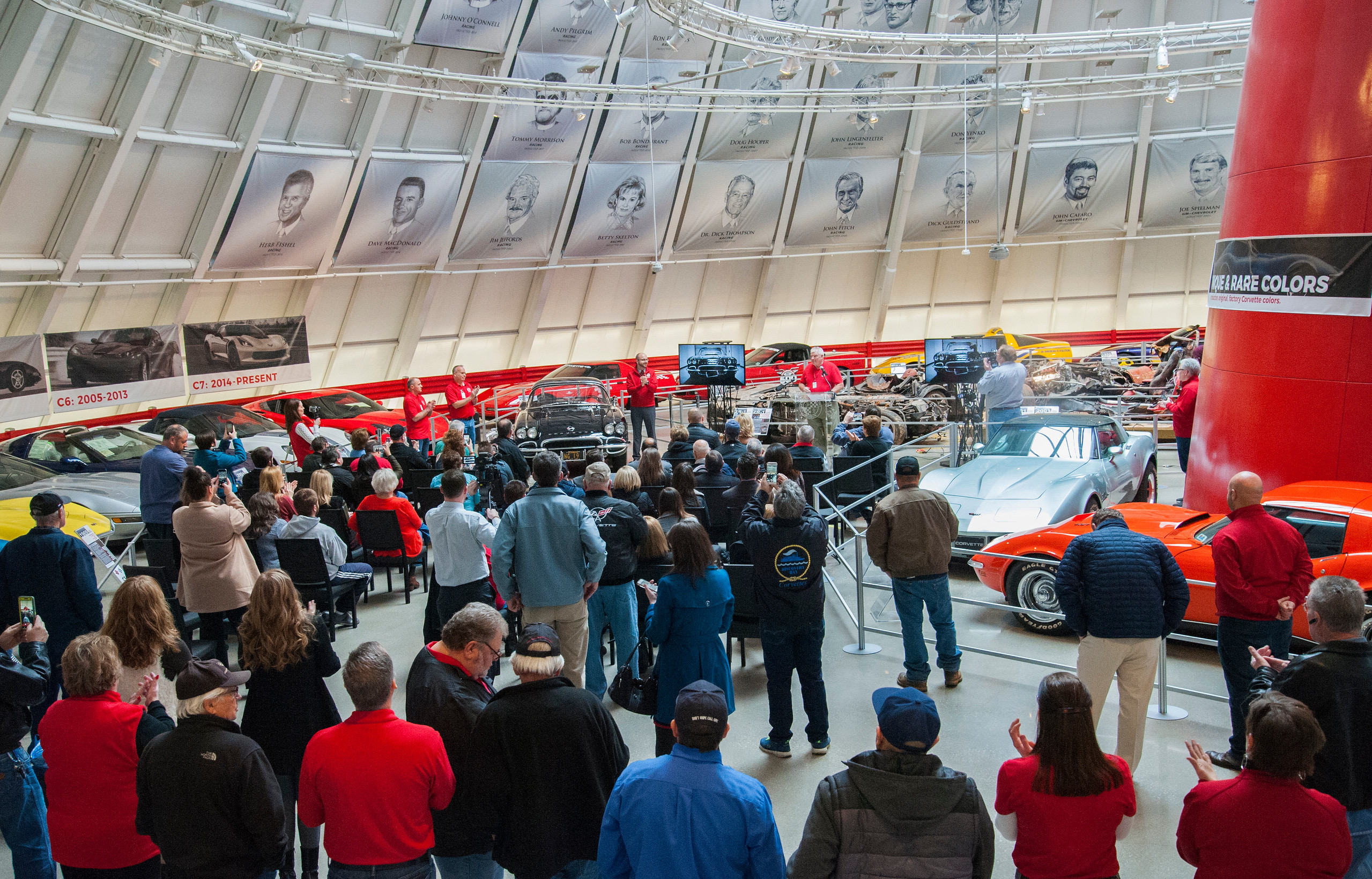 “We restored the car to as close as possible to how it was the moment before the sinkhole, the way it was when Mr. (David) Donoho donated the car,” Derek Moore, the museum’s curator, said during the unveiling. “The frame was straightened a little at the rear, the body pieces or fiberglass components that were damaged or cracked were simply repaired. Only one very small panel on the right side had to have a replacement panel. Everything that we could leave that Mr. Donoho had actually touched, had left on this car, we wanted to essentially leave his fingerprints on the car.

The effort was so precise, he added, that when a very old empty sugar packet from Frisch’s Big Boy was discovered, it was set aside and then put back in place under the seat after the restoration was completed. 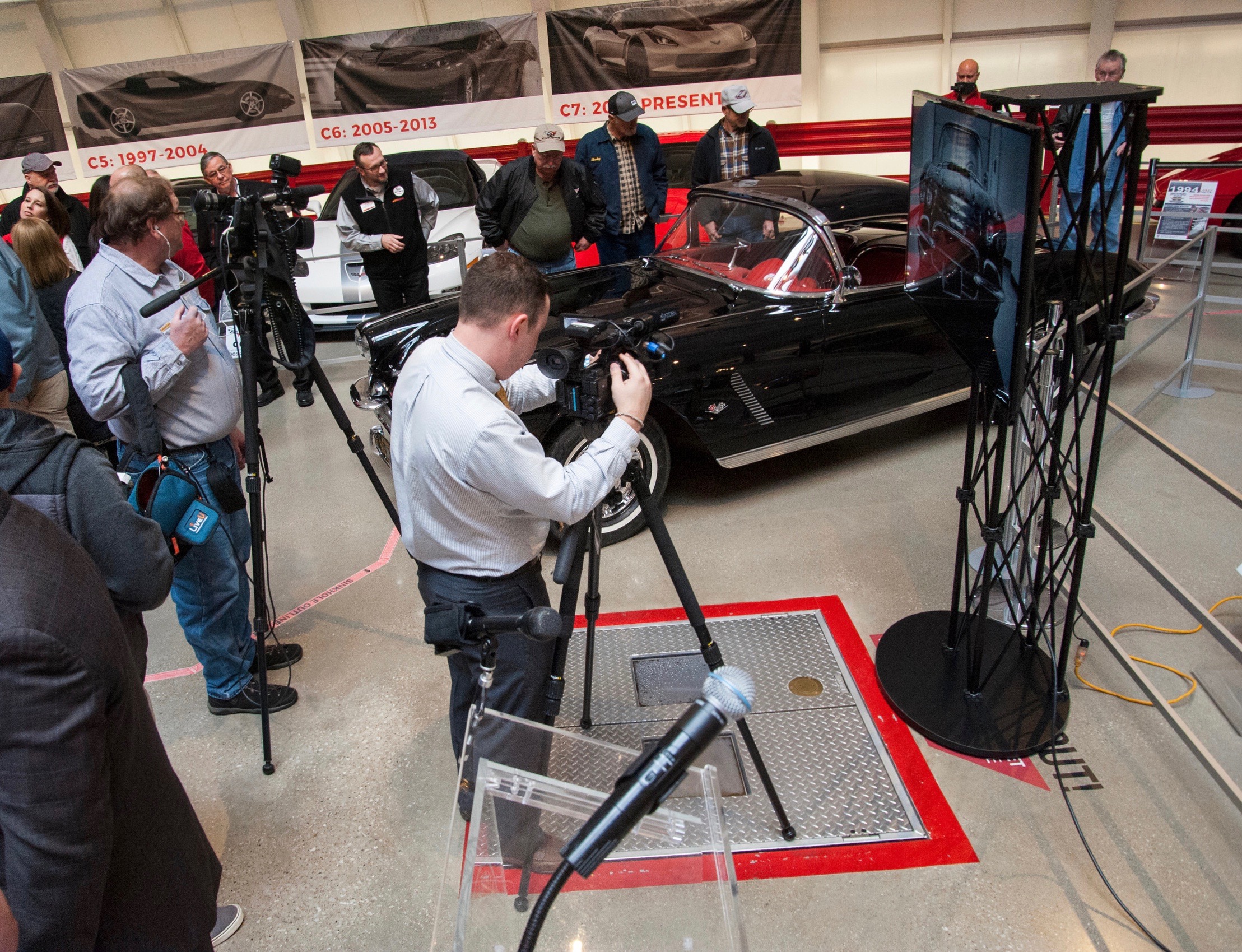 The car’s donor died in 2013 at the age of 76. His friend and attorney, Beth Sease, said Corvettes had been his passion and he owned three pristine copies, the ’62, a maroon ’87 and a 2001. She added that he had purchased the ’62 while in high school with money he earned working at an industrial paint company.

She said he was so careful with the car that he became nicknamed “The Weatherman” because if rain threatened, he’d drive the car into a garage.

“He didn’t want raindrops on his car,” she said.

Unmarried and with no children, Donoho donated the ’62 to the museum in 2011.

The restored car was unveiled Monday in his Skydome, where it rejoined the other seven “sinkhole” cars, some restored, some too severely damaged and simply displayed in the condition in which they were extracted from the hole.