Rafale is the French word for gust, as in the wind. On February 8, the record-setting hydroplane, the 1934 Rafale V racing boat, will be offered up for bidding at Bonhams’ Grand Palais sale during Retromobile week in Paris.

According to Bonhams, the Art Deco-designed speed boat was a bespoke build by Chauviere boatworks of Vitry-sur-Seine for Emile Picquerez. Powered by a 36-liter Hispano-Suiza V12 airplane engine, the boat won the 1936 President of the Republic Prize at Cannes and did the Lyons-Marseilles-Cannes event in 1938. It also raced at Monte Carlo, on the Seine in Paris and on Lake Leman at Geneva, Switzerland.

“Rafale V is that rare and lusty combination of handbuilt, powerful, rakish and successful racing vehicles that came to define an era,” Bonhams reported. “Utterly unique, seminal watercraft like this come up for sale perhaps once in a lifetime.”

Picquerez headed a company that was a major supplier to the automobile and aircraft industries, and a yachting enthusiast who, according to power-boat historian Gerald Guetat, “ignored the barriers which normally separated sailing from motor boating. He had a large collection of both sailing and motor boats… Come winter or summer, his boats were to be seen at the Côte d’Azur or on the Seine. This businessman was behind a number of highly individual racers which allowed France to retain a presence in the great international classes up until the outbreak of war.” 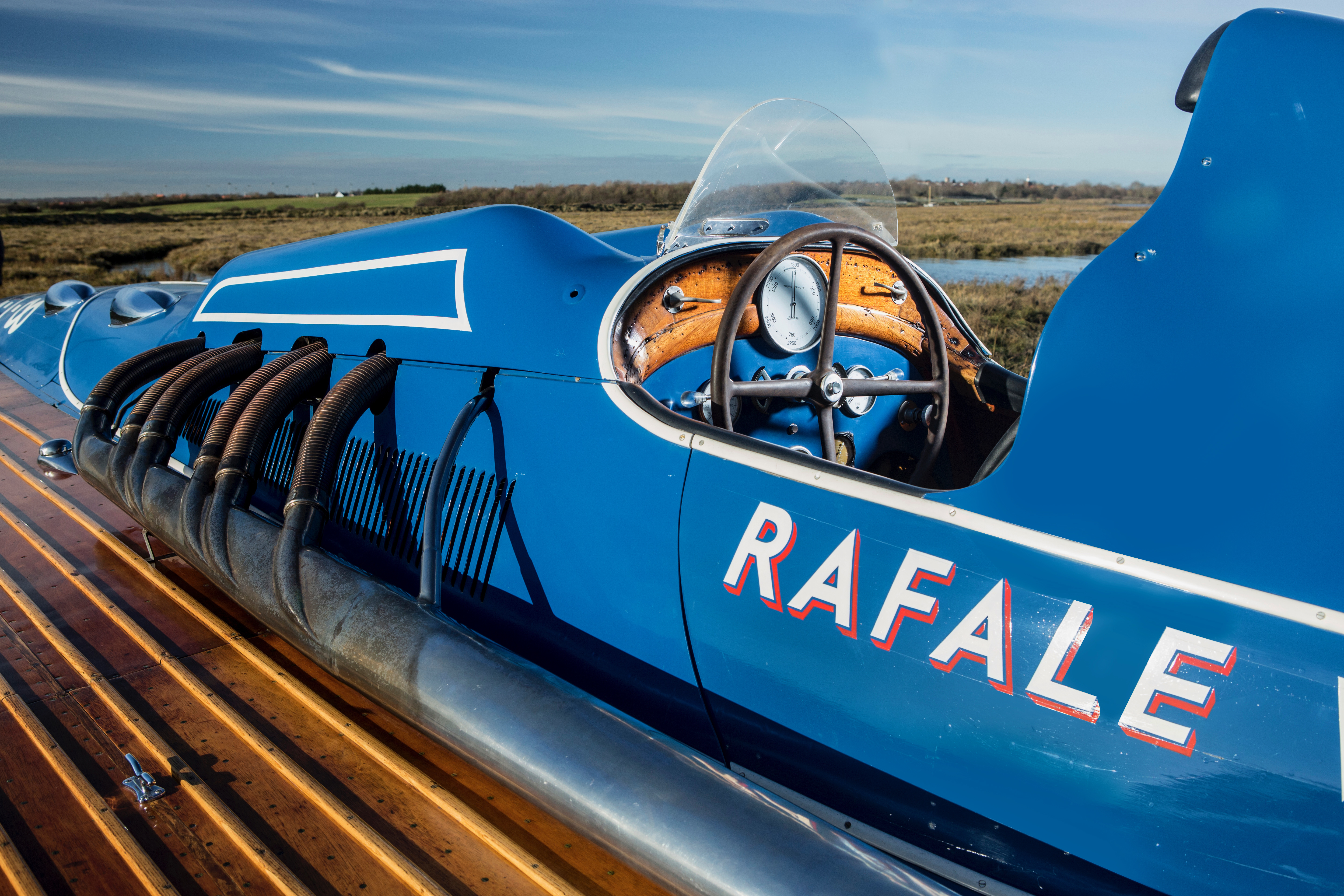 Picquerez originally named the boat “Aurora” after his Argentine wife. The 28-foot craft has a double-diagonal mahogany-planked hull.

After his victories, Picquerez sold the boat to Commodore Gerard who had the craft modified to improve high-speed stability, adding the Tricolor Cockade to the tail and giving the craft a new name. The commodore raced the vessel in Monte Carlo, Paris and Geneva.

The boat was hidden within a barge on the Seine during World War II. It was purchased and shipped to the U.S. in 1969 and was stored in a heated barn in Maryland before going on display in a private museum. It subsequently was purchased by its current British owner.

“Rafale is like a ghost from a time when Auto Union, Bugatti, Maserati and all the other great European marques powered race boats, piloted by the likes of Chiron, Nuvolari and Stuck,” Bonhams added.

But as a former owner of the boat and also a classic car and aircraft collector Ed Jurist once proclaimed, “This boat is the mother of them all.”

The auction is scheduled for February 8.