You may be part of the next generations coming into the collector car hobby, or you may be a long-time participant but are finally making your first trip to Arizona for the auctions that take place each January. Either way, you likely won’t have time to take in everything, so how do you know where to go, where you and your taste in vehicles might feel most comfortable, or at least most entertained? Well, we’re here to help with what we’re offering as a newcomer’s guide to the Arizona car auctions.

Regardless of how much time you’re spending in Arizona during auction week, you have to spend at least part of it — likely an entire day of it — at Barrett-Jackson. For one thing, there probably wouldn’t be an Arizona Auction Week were it not for the Barretts and the Jacksons, car-collecting families from the Midwest that moved to Scottsdale – then more frontier town than upscale resort destination – and found themselves with so many old and interesting cars that they held an auction.

Actually, even before launching their auction — this January will mark the company’s 47th annual Scottsdale sale — the Barretts and the Jackson staged a couple of classic car shows as fund-raisers for Scottsdale’s library and community center. Supporting charities has been a major part of the auctions ever since, and annually provides emotional highlights, and millions of dollars to good causes.

Barrett-Jackson’s Scottsdale auction is like nothing else, a gigantic weeklong extravaganza that attracts hundreds of thousands of spectators to experience not only the raucous auctioneering of collector cars – the vast majority of which sell at no reserve – but the sweeping cavalcade of vendors, displays and demonstrations.

It’s sort of like a gigantic-but-sophisticated county fair, with cool cars to buy and sell. Or just to see. And there are so many — around 1,600 vehicles – to see, let alone everything else. With parking off-site and riding the shuttles to and fro, you’ll likely be on site all day, because the most exciting part of the auction action takes place during the live and primetime television hours.

The auction has moved into the huge new arena at the Westworld show grounds. But while the bidding is done in a building, much of what you’ll want to experience still takes place in some of the world’s largest tents, where you’ll find not only the featured cars awaiting their trips across the auction block but hundreds of vendors showing luxury lifestyle wares from new cars to aircraft, from artwork to vacation homes, and from fashions to food.

Ticket prices range from $17 for adults on preview days (January 13-16) to $80 on Saturday (January 20), with an all-week pass $175 in advance and with various VIP packages available.

If you’re looking for real sophistication, you’ll want to go to the Arizona Biltmore Resort in Phoenix, where RM Sotheby’s will hold its 19th annual Arizona auction, this year being billed as “A Century of Sports Cars.”

The cars for sale match the Frank Lloyd Wright-inspired setting, which offers fascinating architecture and fine dining. The cars on offer at the auction range from a 1907 Ford Model K Roadster to a 2017 Ferrari F12tdf (that’s short for Tour d’France), and in between are all sorts of classics and more contemporary supercars, even a Tucker.

The docket includes a 1954 Jaguar D-type raced by Stirling Moss at Le Mans — and expected to sell for as much as $15 million.

You can view all of the cars at no charge during preview hours January 17, 18 and 19, but once the bidding begins (the sale takes place the evenings of January 18 and 19), the auction room is available only to registered bidders who have paid $200 for that privilege. And typically, it’s standing room only. 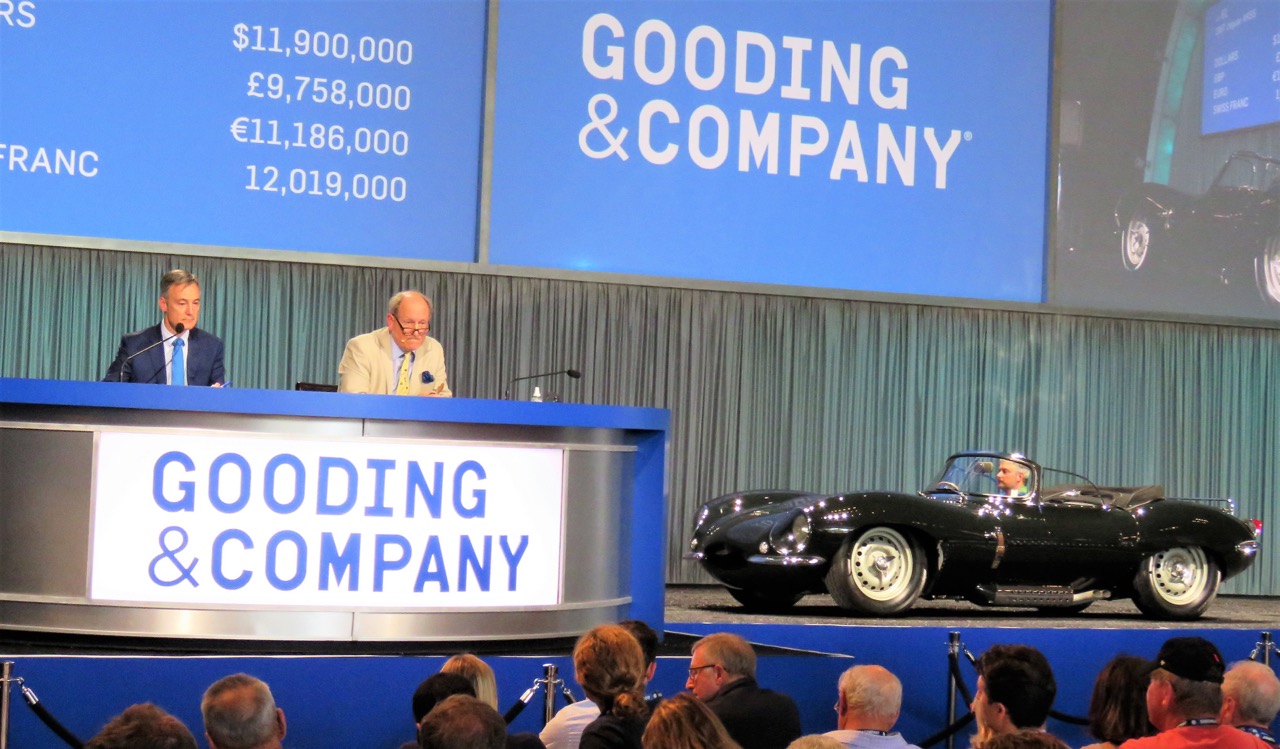 David Gooding grew up among some of the nation’s best collector cars. His father was curator of the famed and massive Harrah’s Collection. David Gooding went from college to heralded auction house Christie’s, then was president of RM Auctions before, while in his 30s, launching his own company with a sale at famed Pebble Beach in 2004.

The 2018 Scottsdale auction will be Gooding’s 11th in Arizona and is staged during the day on January 19 and 20 in large and wonderfully lit tents erected in the parking lot of the upscale Scottsdale Fashion Square shopping center.

It costs $40 to attend even the previews on January 17 and 18, but once inside the tents, you can view some of the finest cars on the planet. 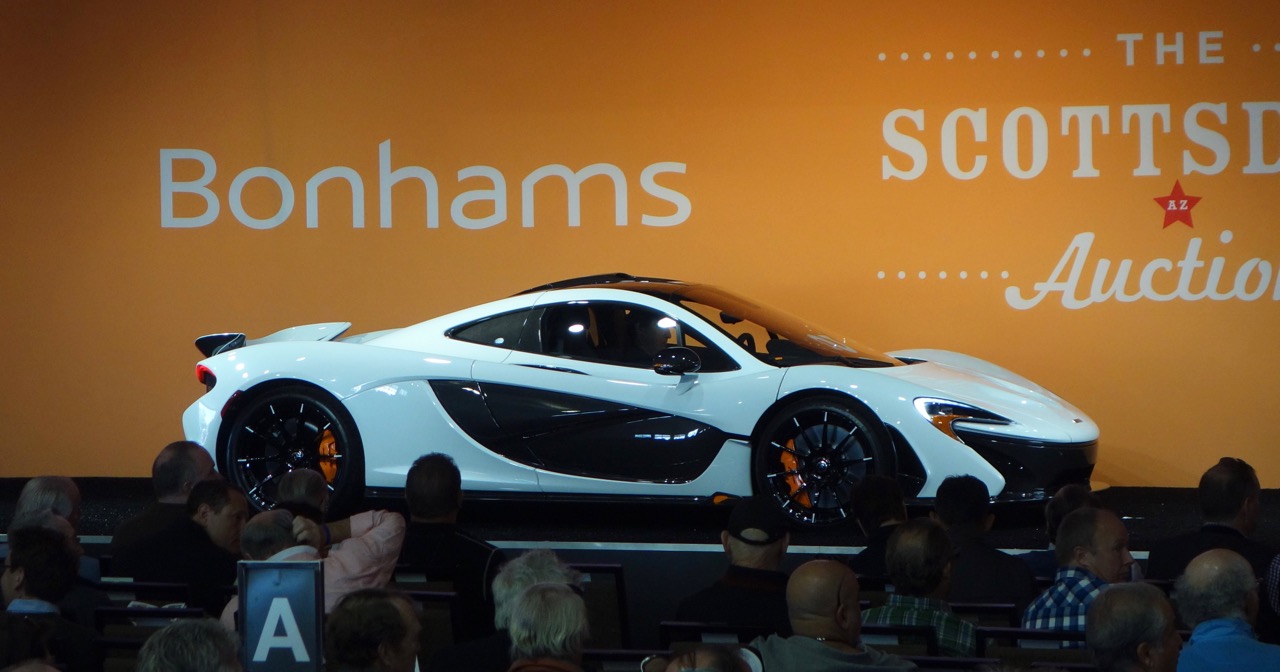 The most expensive car sold at the Arizona Auctions in 2017 wasn’t sold at Barrett-Jackson, RM-Sotheby’s or Gooding & Co., but at Bonhams, where someone paid $7.37 million for a 1963 Jaguar E-type “lightweight” and where the owner of a 1960 Ferrari 250 GT California Spider turned down an eight-figure bid, the highest in Arizona Auction Week history.

The British-based auction house makes its eighth visit to Arizona in 2018, again staging its sale in large tents in front of the Westin Kierland hotel, which is adjacent to the upscale Kierland Commons and Scottsdale Quarter shopping complexes. 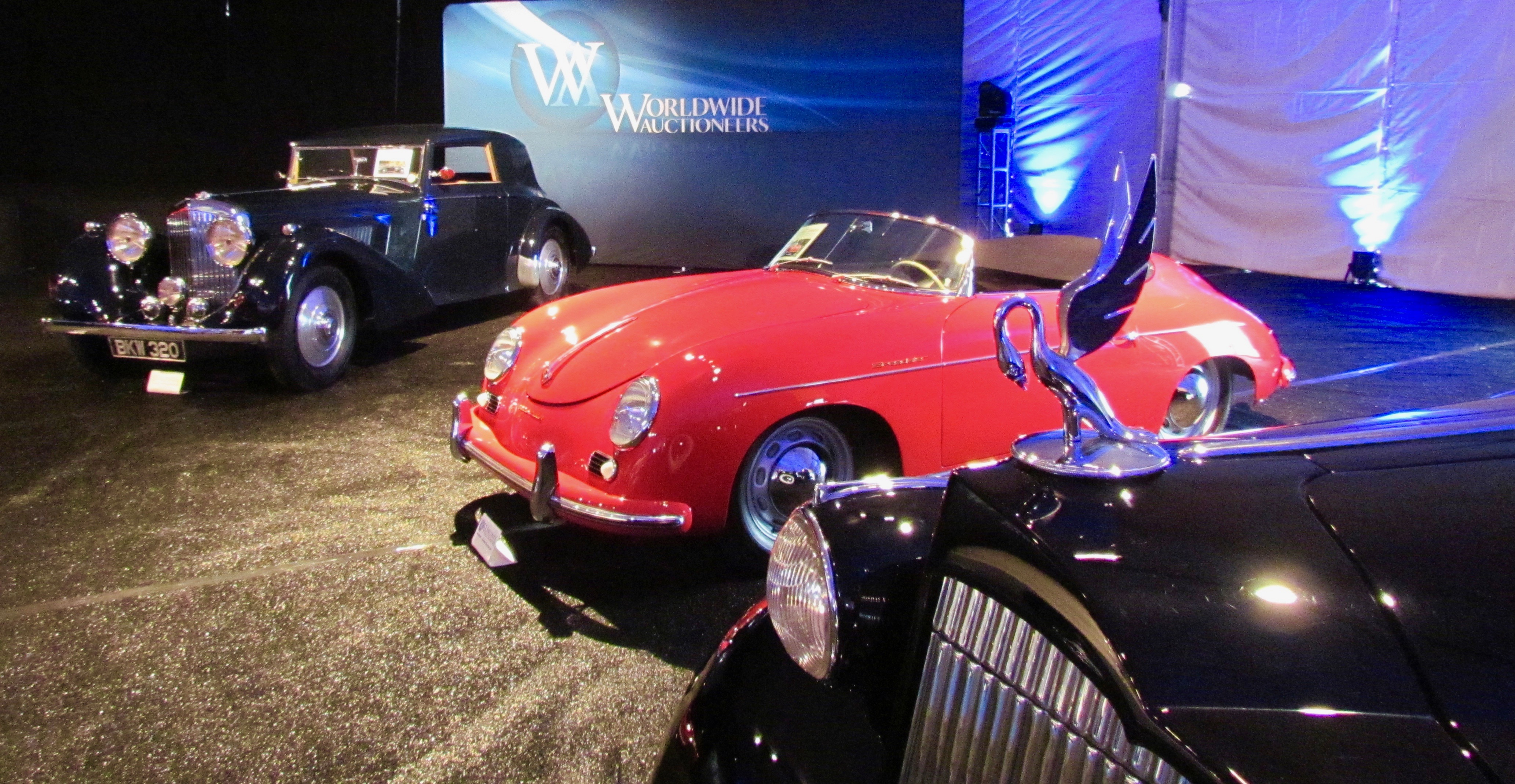 These are the new kids on the Arizona auction block, though the company co-founded by Rod Egan and John Kruse has a decade of experience staging auctions in Indiana and Texas — and last year adding to its sales venues not only Scottsdale but a debut event on the Monterey Peninsula.

Although Barrett-Jackson runs pretty much all week, Worldwide kicks off the main-event auction action with its one-evening sale January 17 in a huge tent erected on what used to be new-car dealers row on Scottsdale’s McDowell Road.

The docket includes a full range of pre- and post-war classics and muscle cars. 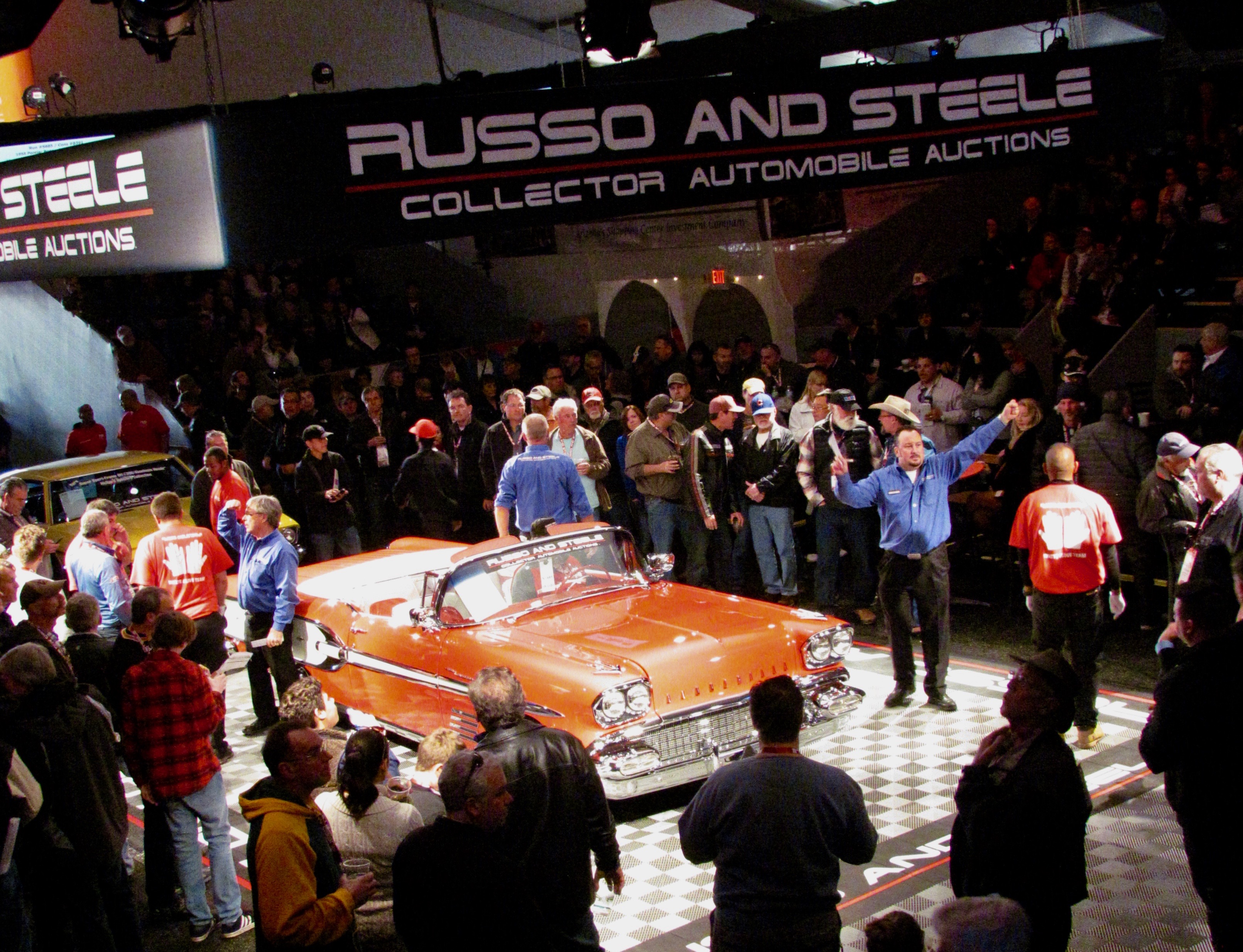 The massive Barrett-Jackson auction has been compared to a three-ring circus, but the Arizona Auction Week ringmaster is former Barrett-Jackson executive Drew Alcazar, co-founder with his wife of the Russo and Steele auction. This sale is staged in-the-round with Alcazar, a drama major in college, at center stage flamboyantly pumping up the crowd.

The show moved to a new and much better venue in 2017, Salt River Field at Talking Stick, which means it’s staged in huge tents erected on the grounds of the spring training home of the Arizona Diamondbacks and Colorado Rockies baseball teams.

The cars tend to be more entry-to-mid-range collectibles, but there are hundreds of them and there’s never a dull moment once the bidding begins. Admission is $30 for the auction preview on January 17, $30 for January 18-20 and $20 for the final day of sales on January 21.

Not really so far from the madding crowds is Silver Auctions Arizona, now under new ownership that wants to keep the friendly, low-pressure environment established by Mitch Silver while updating the auction experience for consignors and bidders, and upgrading the docket of around 300 vehicles crossing the auction block.

If Barrett-Jackson is the big county fair and Russo and Steele is a circus in the round, Silver Auctions Arizona is more of a family and friends picnic in the park.

The auction is held at the We-Ko-Pa Resort at Fort McDowell in Fountain Hills and features vehicles available for four, five and sometimes even six figures.