Tundra’s a big, tough Texas-built truck, but with a delightful soft side

Yes, I’ve heard that everything is bigger in Texas, which is where Toyota builds its 2017 Tundra full-size pickup truck, but whether you are Goldilocks or a Graybeard, unless you are Texas tall, you may have issues with the 23-inch step-in height you have to negotiate to climb into one of the front seats of such a truck.

At least that was the challenge we faced in driving a 2017 Tundra Limited Crewmax 4×4 that was not equipped with step rails. Such rails are a $625 option, and one of the few options not included on the press-fleet version we’ve driven for the last week. 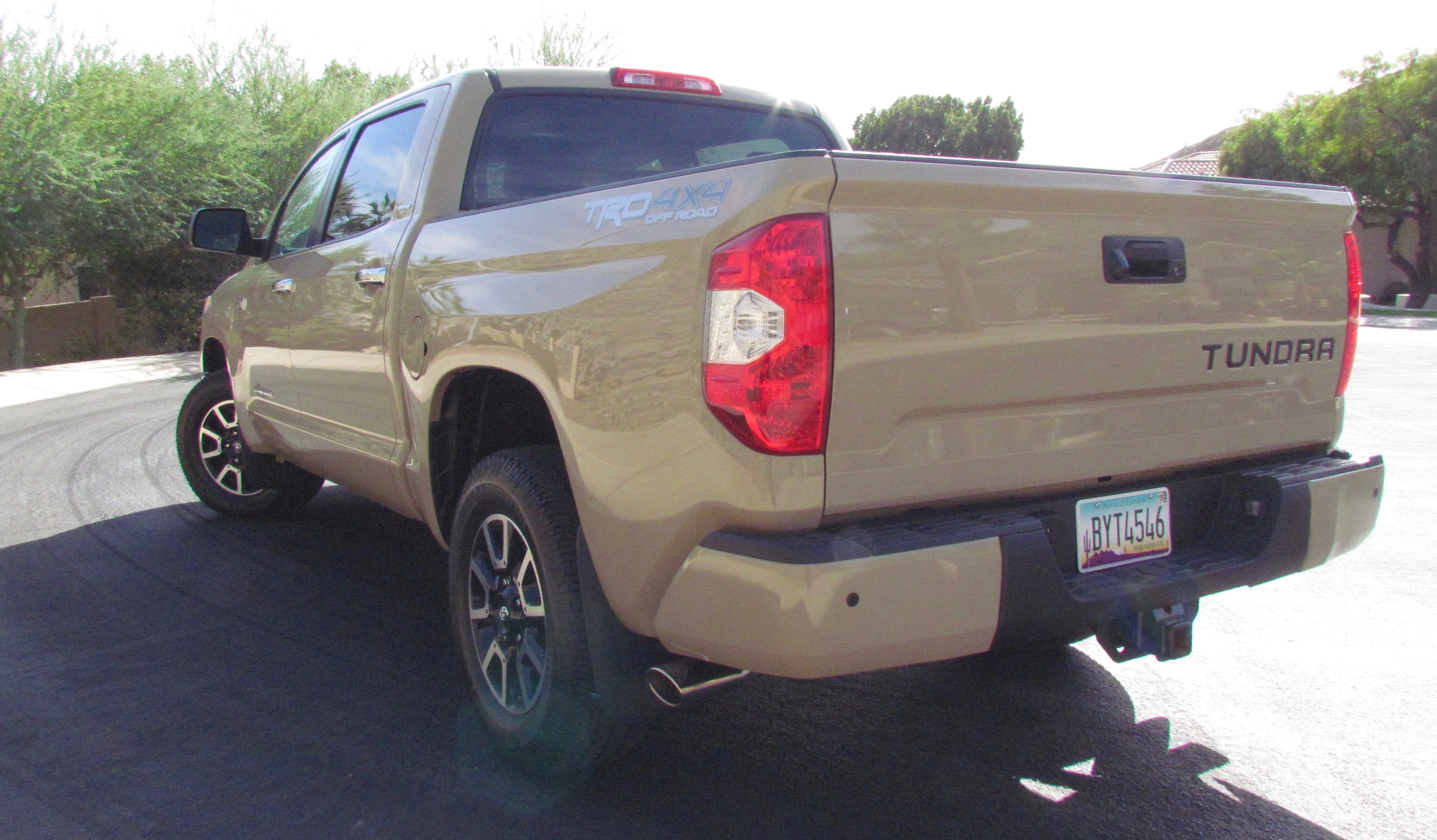 But, alas, no side step to make it easy to climb into the truck and to exit without feeling we needed a parachute.

Driving impression No. 1: If you’re buying such a big truck but you are not a tall person, spend the $625 for what Toyota calls “stepboards.” Either that, or mosey over to another part of the dealership showroom and see if perhaps what better fits you is the mid-size Tacoma pickup. 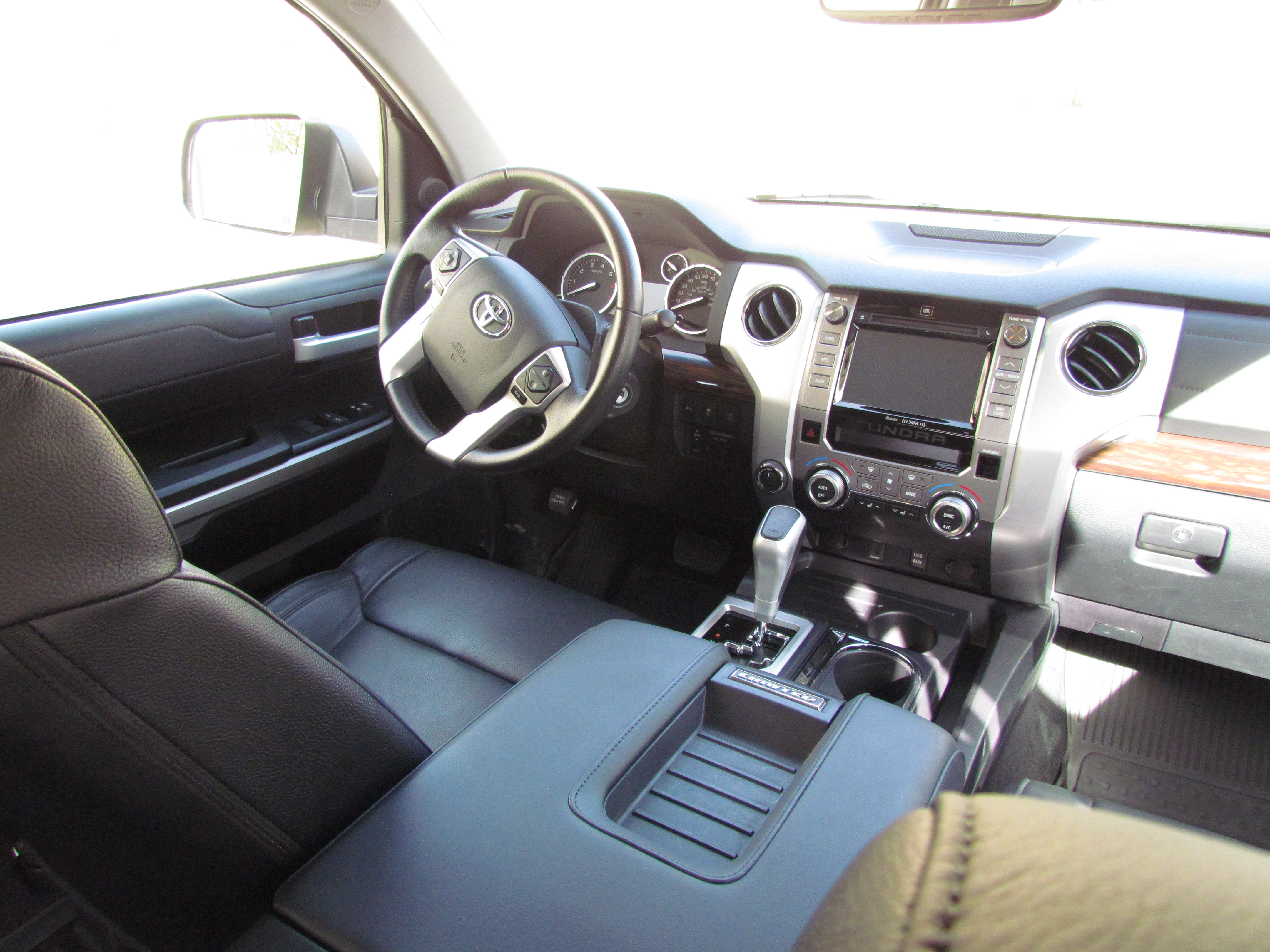 Driving impression No. 2: Once you make your way up and into the driver’s seat, you’ll discover that Toyota’s public relations department wasn’t kidding when it suggested that this truck is “big and tough, and soft where it counts.”

For one thing, the Tundra comes only with big, eight-cylinder engines under its hood. You get to pick between a 310-horsepower 4.6-liter and a 381-hp 5.7 liter. Our test truck has the 5.7, which in addition to 381 horses provides 401 pound-feet of torque, a sufficient amount for hauling pretty much any load anywhere you want or need to go.

However, you don’t achieve maximum power output until the engine turns 3,600 rpm, so while the optional Toyota Racing Developments exhaust sounds wonderful, you get a lot more sound than fury when you plant your right foot hoping to race off the line when the stoplight shines green.

On the other hand, knowing that you’re not going to beat that Corvette in the next lane off the line probably helps when you have to refill the truck’s gas tank. The EPA says to expect to average 15 mpg. And you can, if you are very careful with the pressure you apply with your right foot.

The Tundra is built on what Toyota calls a TripleTech frame with fully boxed front rails, reinforced C-channels under the passenger compartment and open C’s at the rear. The truck seems plenty solid and sturdy, and is very comfortable for a big tough Texan, what with its standard leather interior and other soft-touch features.

Another nice touch is a rear window what can be lowered at the touch of a button (remember how this used to be a feature when we were kids riding in those 9-passenger station wagons our parents bought?).

Urbane cowboys will appreciate such other standard features as rear-view camera, dual-zone climate controls, a 7-inch touch screen with easy-to-reach redundant knobs for such things as changing radio stations without having to divert your eyes from the road and hope your fingers have found the proper coordinates on the screen to do such a seemingly simple manipulation. 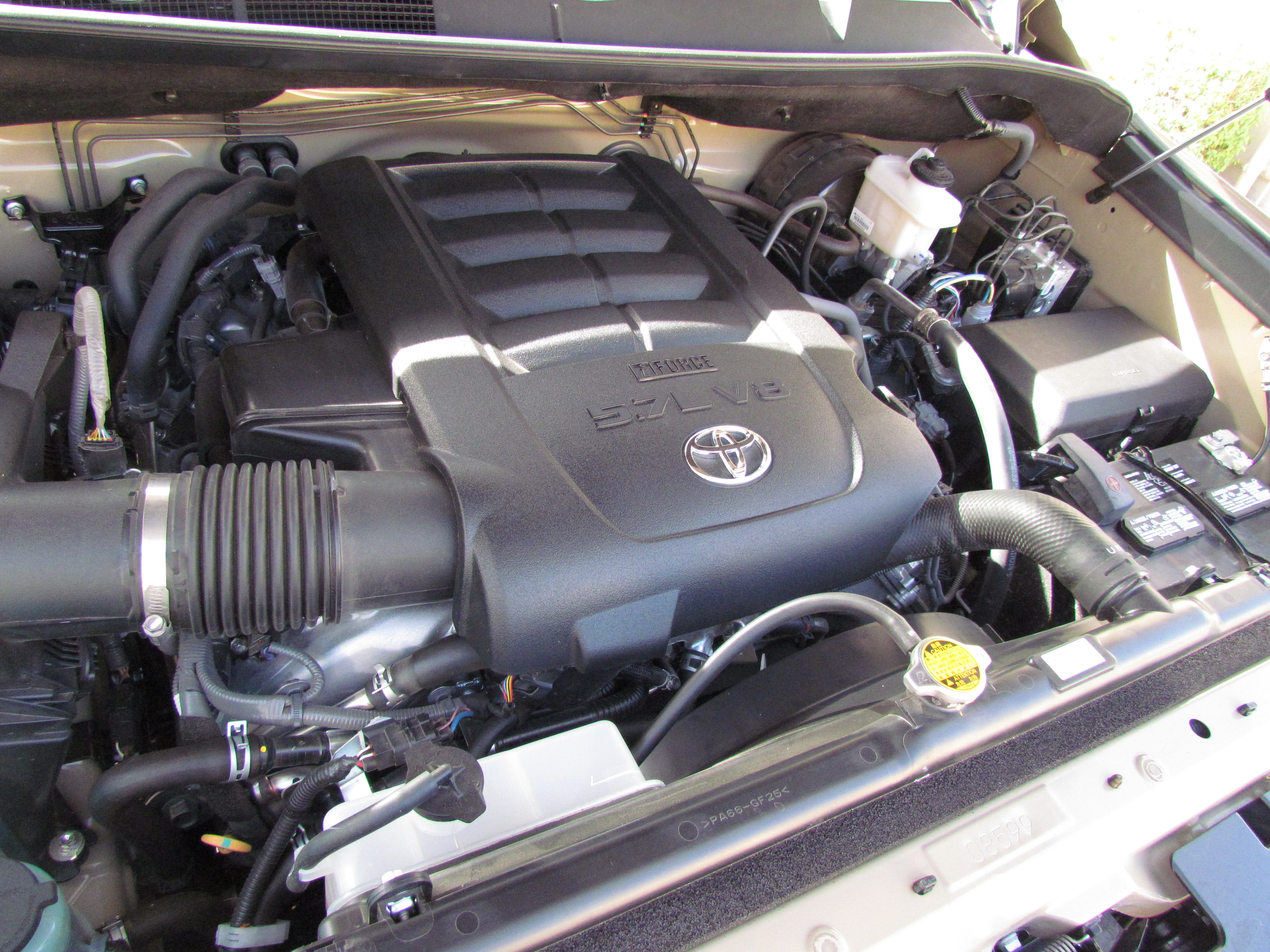 Driving impression No. 3: The 18-inch wheels on the truck we’re driving look too small for such a Texas-sized vehicle. Funny thing is that the Monroney sticker that came with the truck says that 20-inch alloy wheels are standard for this vehicle. I wonder where those went, and how much better the truck would look with them? 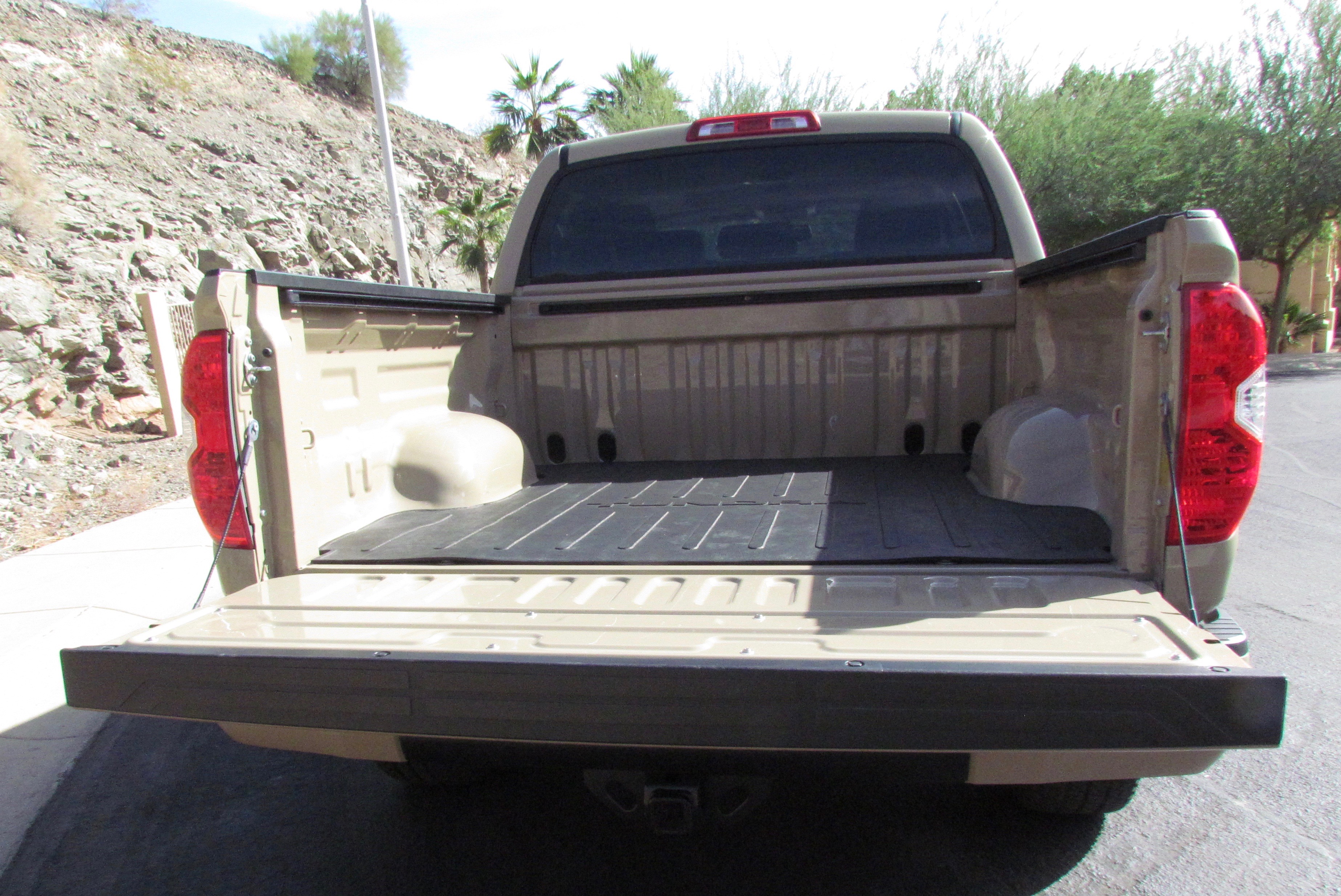 Driving impression No. 4: The 2017 Toyota Tundra displays not only the usual speedometer and tachometer on its instrument panel, but also oil, water temp, voltage and fuel gauges. Especially in a vehicle designed to do some heavy lifting, such information can be very important for the driver to monitor. However, I wish the gauges were arrayed like they are in race cars, where if everything is going along nicely, all the needles point in the same direction. Glance at those gauges and you know quickly if something is out of sorts. Not so with the Tundra; every needle seems to have its own “things are fine” direction, and at freeway speeds with substantial traffic, I don’t have time to look away from the road ahead long enough to try to check those gauges.

Overall driving impression: Folks faithful to their Ford, Chevy or Mopar pickups are not likely to even consider a Tundra, or, for that matter, Nissan’s Titan. But for those new to full-size trucks, this big, tough but soft where it counts pickup might be just what you need. Provided, of course, that you’re either tall, or willing to spend $625 for those stepboards.