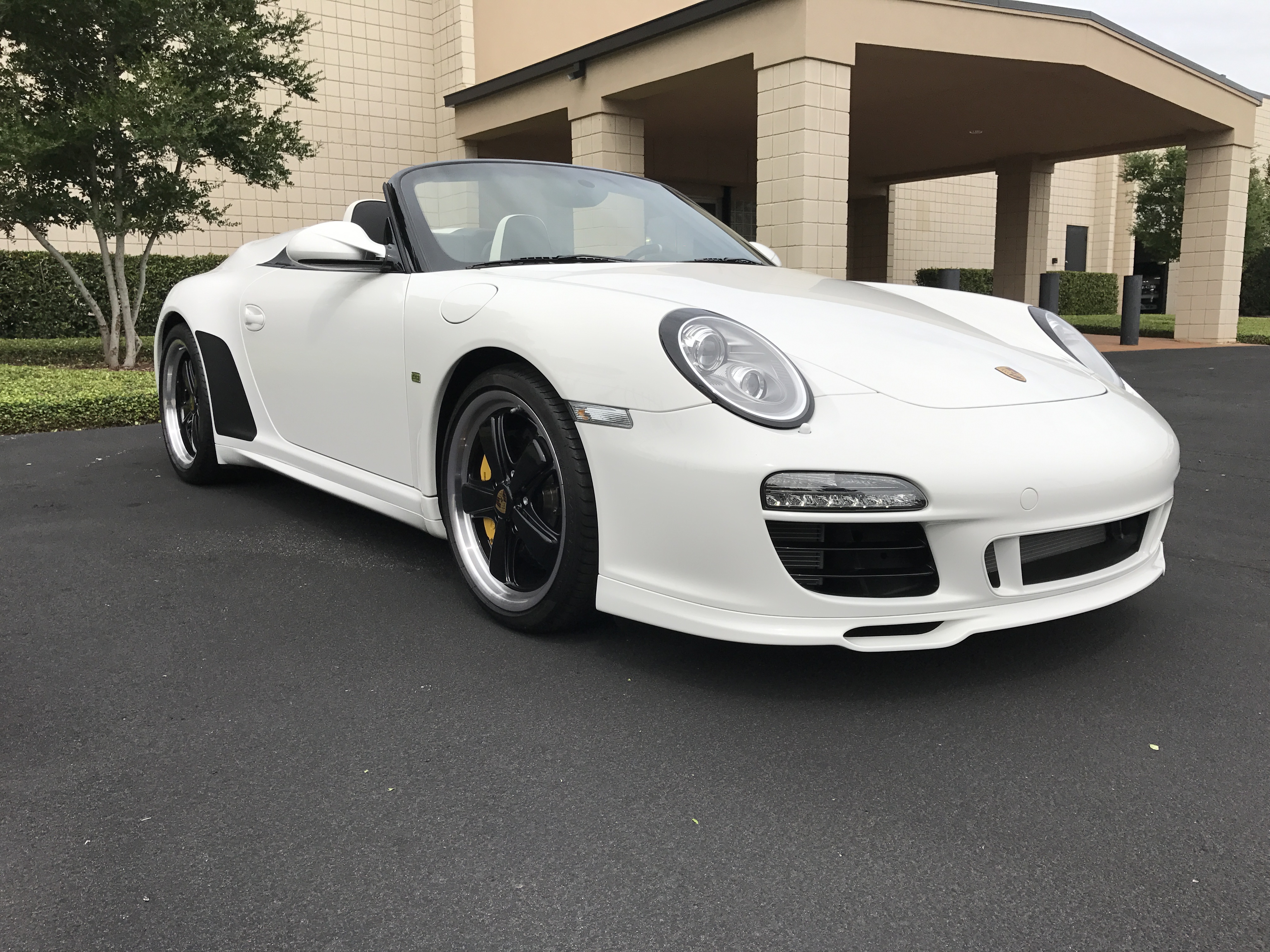 (This is the last in a 10-day countdown leading up to Barrett-Jackson’s annual collector car auction in Las Vegas.)

Sixteen years after resurrecting the Speedster nameplate for its 1993-94 models, Porsche announced the return of the now-911-based two-seat roadster in 2011. It made sure to pay tribute to the original Speedster based on the 356, limiting production to just 356 cars, only 100 of which were allotted to the U.S. market.

Like the iconic Porsches that came before it, the Speedster made a statement with its cut-down, steeply raked windscreen and double-hump bodywork behind the cockpit. Even with the manually operated top in place, there is no mistaking the low-profile silhouette, which comes in almost 2.5 inches lower than the standard 911 cabriolet.

The 2011 Porsche Speedster’s drivetrain is headlined by the GTS model’s water-cooled 3.8-liter 405hp direct-injection flat-6 engine, which, unlike the GTS, was available only with Porsche’s paddle-shift PDK 7-speed dual-clutch transmission.

The car is No. 49 of the 356 made, and demonstrates the model’s abundance of standard features: aluminum doors and tonneau cover, Carrara White paint with black accents, black Fuchs-style wheels and a black-and-white interior, Porsche Active suspension management and carbon-ceramic disc brakes; the Sport Chrono package complete with dash-mounted stop watch; Bose CD/DVD entertainment system with navigation and Bluetooth connectivity.