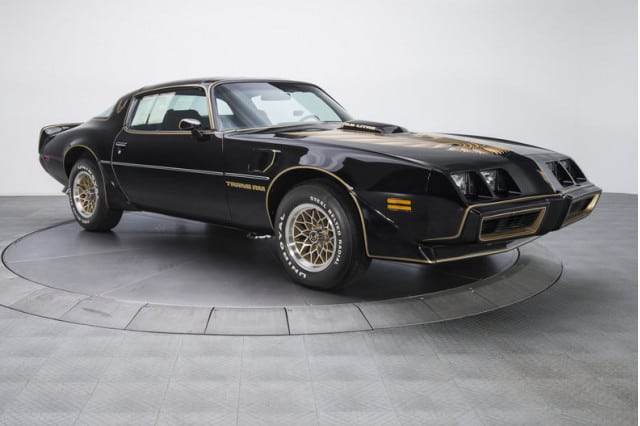 Pontiac’s days of building excitement are long gone, though they arguably faded into the sunset long before the division was axed in 2009. Yet, classic Pontiac cars still remind us of the days before General Motors gave “badge engineering” its blessing. The Pontiac Firebird Trans Am is merely one example, but it is a strong reminder that Pontiac meant business in the 1960s and ’70s.

The 1979 Pontiac Firebird Trans Am was a final holdout before new emissions and fuel economy regulations seriously de-winged the Firebird in the 1980s, and this example is one exceptionally rare bird. It’s currently for sale via RK Motors in Charlotte, North Carolina, and it shows just 65 miles on its odometer. Yes, somehow, after almost 40 years, this Firebird Trans Am has been driven just a few times.

The for sale listing says the car features full documentation and everything is all original, including the 6.6-liter V-8 engine, factory Starlight black exterior color, WS6 suspension, and 15-inch snowflake wheels. The car has quite a story behind it, too.

William Leland III, the great-great nephew of Cadillac founder Henry Leland, ordered the 1979 Trans Am in 1978 after his father agreed to co-sign for the loan. When it arrived at the dealership, Leland wouldn’t allow the staff to complete any regular prep jobs and demanded they did not install a front license plate bracket. Interestingly enough, Leland never actually registered the Trans Am, but borrowed dealership plates if he needed to move it.

Unfortunately, Leland passed away of cancer at the age of 42, so the 1979 Trans Am was placed into his father’s care. He honored his son’s wishes and simply kept the car in storage, only starting it and shifting through the gears periodically. Leland III drove the car 46 miles in his entire lifetime. The other 19 came when his father transported the car to his home.

And now, it seeks a new loving owner for a cool $159,900. It’s a good bet that there isn’t a more factory fresh Trans Am out there.