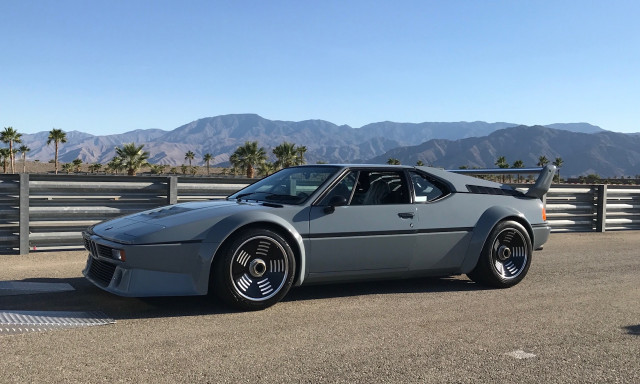 Building incredible, limited-run supercars seems to be a hot trend these days, but it’s not one BMW’s M division plans to partake in. CEO of BMW’s M division, Frank van Meel, recently commented on the prospects of an M supercar or hypercar, and he believes such a car isn’t needed.

The BMW M chief told Motoring the idea of a limited-run hypercar doesn’t mesh with what he believes the M division is best at: providing performance for a mass audience.

“We are trying to make cars for customers and trying to reach as many customers as possible,” van Meel told the Australian publication. “To build a car for 200 people would not be our main target. Instead of having one flagship very small, but let’s say very highlighted flagship, we would rather have an armada of very fast vessels to attack a broader range of possible customer groups.”

The questions of an M supercar came hot on the heels of Mercedes-AMG’s Project One hypercar debut. The incredible piece of engineering marries Formula 1 technology and 1,000-plus horsepower to a road-legal body. AMG will build 275 examples of the car.

Van Meel looked back on M’s roots to defend the decision not to build an M hypercar.

“If you look at the tradition of M we came from being the first company picking a series production car and making a high-performance car out of that,” he said. “That was copied by a lot of other companies, also AMG. That’s what we stand for and what we grew with and what is expected from us.”

The M boss’s next big tasks will be M derivatives of the upcoming BMW 8-Series. The German automaker has already confirmed an M8 version of the new 8-Series, while this latest report states M versions of the 8-Series convertible and Gran Coupe are also on the table. M’s recent strategy also includes the return of the “CSL” badge, which will signify all-out track weapons.