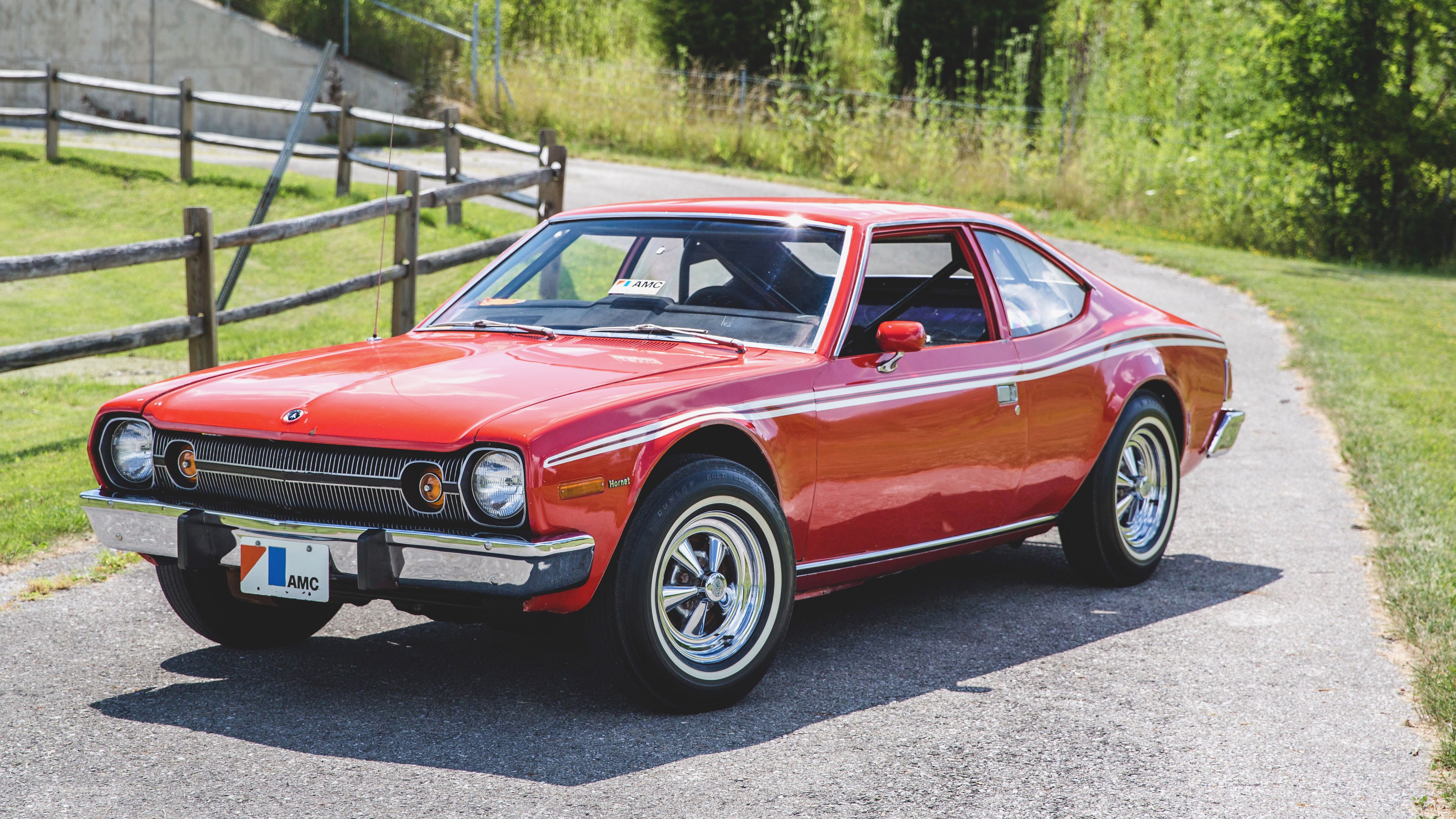 Those of a certain age, or those who have binge-watched James Bond movies, will remember the scene in The Man With The Golden Gun in which 007 attacks the remains of a wooden bridge in a red car with white pinstriping along its flanks. The middle of the bridge was gone, but the car executes an amazing corkscrew spin as if flies over the abyss and lands relatively smoothly on the carcass of structure on the river’s opposite bank.

That very same car — a 1972 AMC Hornet hatchback — is being offered without reserve at Auction America’s Auburn Fall sale over the Labor Day weekend in northeastern Indiana.

“In today’s CGI world, this seems a minor undertaking,” Auctions America notes in its online catalog description of the car. “In 1974, it was awe-inspiring.

“The corkscrew stunt itself was conceived by famed racing and stunt driver Jay Milligan and was performed by Mr. Milligan publicly as early as 1972. Following his successful execution of the trick at Houston’s Astrodome, Milligan contacted the producers of the Bond series and offered it to them for the next installment of the franchise. The producers secured the right to use the trick and ultimately filed a patent on it to ensure that no one else could perform it on film.”

“Performing the trick in a controlled setting is one thing; to safely execute the stunt on location in Thailand under the limitations of a movie set is quite another,” the catalog continues.

“To produce a film-worthy stunt while ensuring the safety of the driver and film crew, extensive computer modeling was in order. At the time, the science of automotive computer modeling was still in its infancy and not yet able to produce useful results for the film. It took the groundbreaking work of Calspan Corporation and engineer Raymond R. McHenry to create the system that ultimately enabled the trick to be successful for the film.

“Following extensive research, engineering, and programming, the trick was exhaustively planned before the first ramp was built. So successful was this planning that the car, bravely piloted by stunt driver Loren ‘Bumps’ Willard, landed exactly where the simulation predicted after hitting the ramp at the suggested speed of 40 mph.

“Reportedly, the trick only required one take, an amazing testament to both the skill of the programmers and that of ‘Bumps’ Willard.”

Auctions America adds that not only did the car survive without damage, but the computer technology developed as a precursor to the stunt “still influences computer simulations including today’s most popular racing video games.”

The car has modified chassis and suspension, has its driver’s seat and steering column positioned in the middle of the passenger compartment, and is presented in operable and “as-jumped” condition, the catalog says.