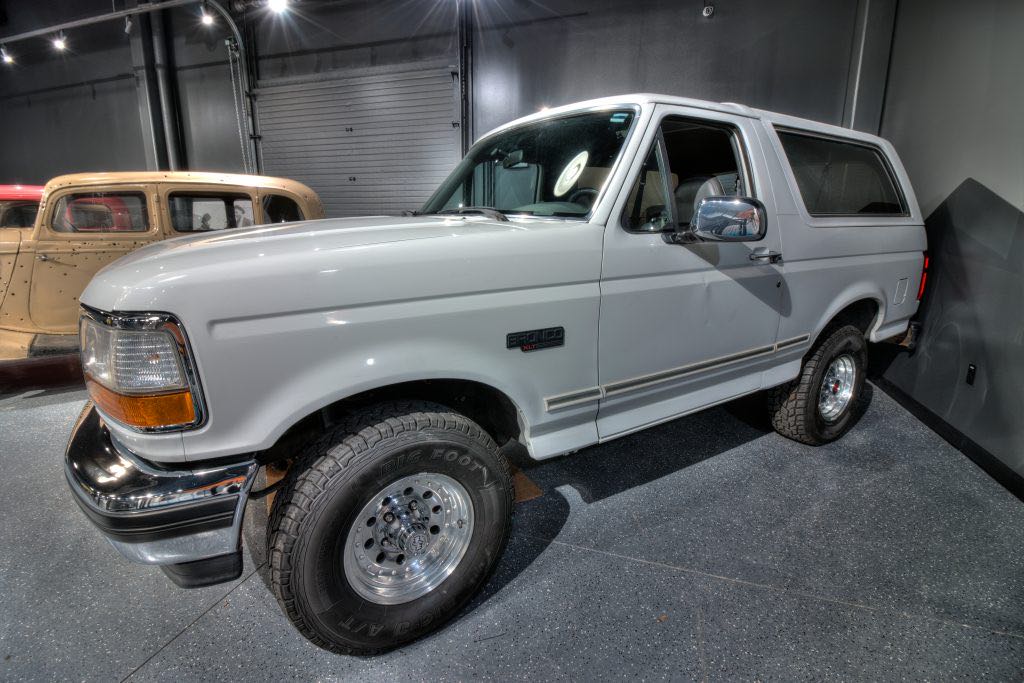 This may have been the most unusual car-related news release ever sent by a museum — and it didn’t even come from a car museum!

“Recent news headlines have stirred rumors of O.J. Simpson’s famous white Bronco being sold on an episode of the show Pawn Stars, the news release began. “While the rumors swirl, the Bronco remains on display at the Alcatraz East Crime Museum.

“So what was the show outcome? It was not sold! The commercials leading up to the TV show episode on the Bronco created a buzz about it being sold.  While the show aired on August 14, 2017, it was taped last summer, prior to the museum’s grand opening in December 2016.”

The Alcatraz East Crime Museum is located in Pigeon Forge, Tennessee, and calls itself “the most arresting crime museum in the United States (where) guests of all ages can encounter a unique journey into the history of American crime, crime solving, and our justice system.”

“We are getting numerous calls and inquiries about the sale of the infamous white Bronco, but they are all just incorrect rumors,” stated Janine Vaccarello, the museum’s chief operating officer. “We’ve had the Bronco on display since opening, and we plan to have it on display for at least a few more years, if not longer. The museum is where it belongs.”

According to the museum, the white Bronco was hidden in a garage somewhere between Las Vegas and California for several years, but was kept in running condition with no changes from its infamous 1994 appearance on national television.

Mike Gilbert, who had been the athlete-turned-actor sports manager, worked “directly” with the museum to handle the preservation of this important piece of crime history, the museum noted.

“Being that Pawn Stars is a pre-recorded show, the airing of the episode regarding the Bronco has created a buzz, with many questioning where the vehicle is and if it’s going to be sold,” the news release said.

However, it continued, “The O.J. Bronco is on display in the museum’s car gallery, along with Ted Bundy’s VW Beetle, John Dillinger’s Essex Terraplane and the Bonnie and Clyde car from the 1967 Oscar winning movie.

The vehicles are part of the 25,000-square-foot exhibit of crime artifacts, information, and interactive exhibits. For information, visit the museum website.

The 40th LeMay Annual Show, which yearly attracts more than 1,000 vintage vehicles, is scheduled for August 26 at the LeMay Collections at Marymount on the former academy campus in Tacoma, Washington.

The show started as a small gathering of friends of Harold and Nancy LeMay, who served lemonade on the front porch, but has grown — and then some.

Featured this year is the unveiling of the Union Station Gallery at the LeMay Collections, where the gallery will offer a “walk through time” showcasing automobiles and artifacts dating from 1886 to 2013.

Also taking place is the Lucky Car Collection Auction with more than 200 cars up for bidding.

During the National Corvette Museum’s 23rd annual anniversary celebration, you not only can see Bill Mitchell’s famed Corvette Stingray concept car, but you can hear about the car’s creation from its designer, Pete Brock.

Brock is among the inductees into the Corvette Hall of Fame this year. The others are Jim Minneker and Tommy Morrison. Weekend activities include laps around the NCM Motorsports Park, seminars, road tours and more. See the anniversary website for details.

The California Automobile Museum in Sacramento benefits from the fifth annual Capitol Carrera, an overnight touring rally scheduled for October 14-15. The event is open to pre-1978 vehicles. For information, visit the museum website.

Heritage Museums & Gardens in Sandwich, Massachusetts, stages its annual “Cocktails for Cars,” concours-style gathering of “high-end” classics and exotics. Proceeds from the event support the maintenance and care of the museum’s automobile collection.

The Simeone Foundation Automotive Museum in Philadelphia will host a showing of Peter Starr’s Take It To The Limit, a motorcycle odyssey movie, on Saturday at 6 p.m.

It’s the 2017 Relix Riot, a show of traditional hot rods and custom cars, Saturday from 9 a.m. until 4 p.m. at the Gilmore Car Museum in Hickory Corners, Michigan.