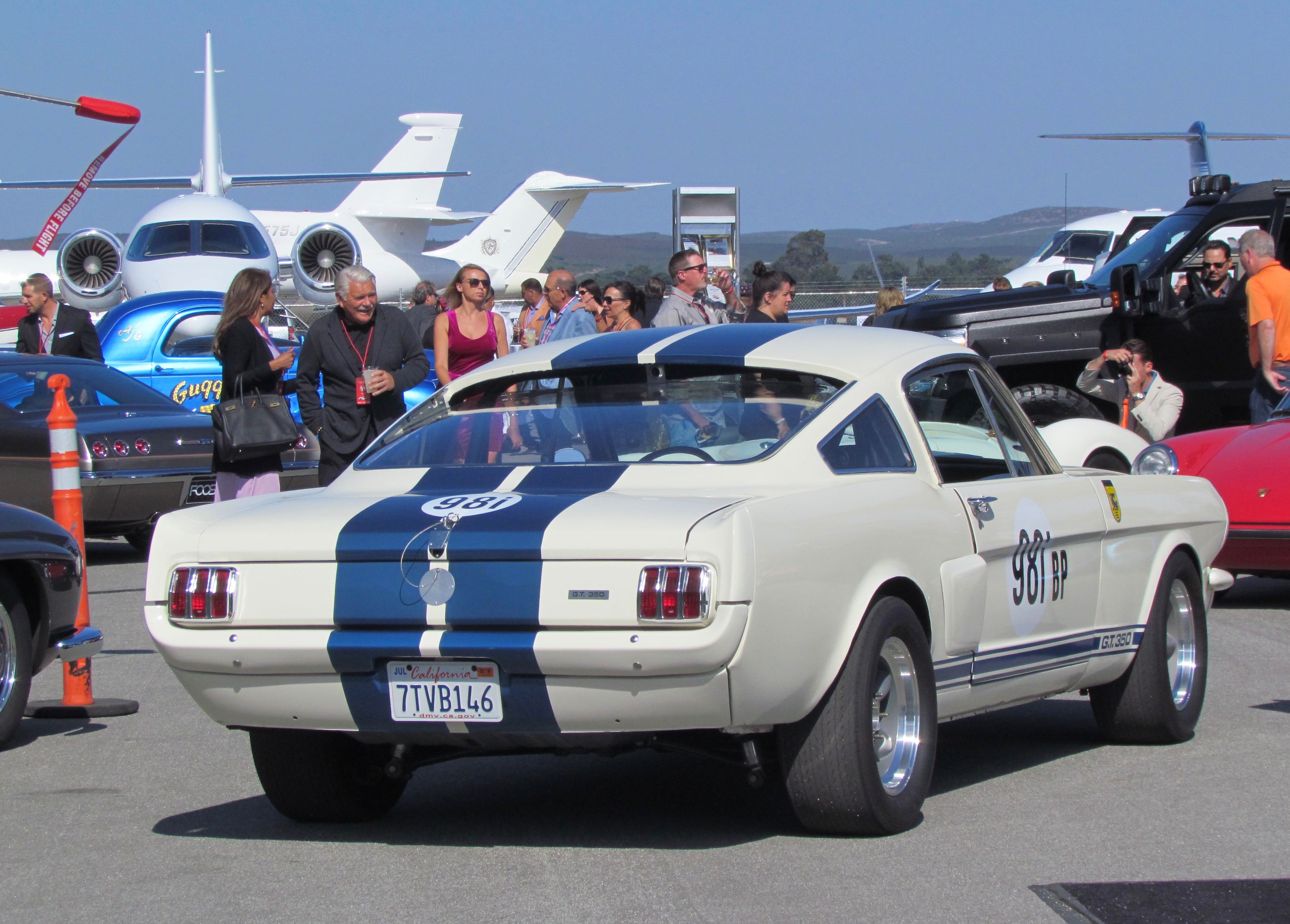 Back in 1964, Pete Brock designed several additional enhancements for the K-Code Ford Mustangs that Shelby American was racing as the 1965 GT350R. However, the demands of the racing season left little time to build very many of them. Thus only 36 of the 562 GT350s for 1965 carried the “R” designation and independent rear suspension.

Now, however, comes word that the Original Venice Crew — the earliest Shelby team was based in Venice, California — will build a limited run of 36 continuation cars incorporating Brock’s upgrades. The cars will be licensed by Carroll Shelby Licensing and the Ford Motor Company, according a news release.

“Much like Carroll Shelby’s original Cobra, the 1965 Ford Shelby GT350R changed the performance car landscape,” Jim Marietta, chief executive of the Original Venice Crew, is quoted in the news release.

“By adapting lessons that the Shelby team learned racing Cobras and Daytona Coupes, our crew at Shelby American turned a ‘mule into a racehorse’ as Carroll Shelby would say. Three of us who created the first Shelby GT350Rs at the Venice, California, race shop reunited in 2015 for a very special project. We agreed to build the ‘R’ model that we envisioned in 1965, but couldn’t due to time, expense and other restraints.”

According to the news release, they started with the K-Code ’65 Mustang powered by Ford’s 289 cid V8 engine linked to a Borge Warner 4-speed gearbox, but with a new front valance, revised plastic rear and quarter windows and an experimental independent rear suspension from the Ford Advanced Vehicle department.

“The revised shape of the window improves the car’s interior aerodynamics by promoting better airflow for driver comfort while the new front valance has a much closer identity with the original Mustang front-end while increasing the efficiency of airflow to cool the engine,” Brock is quoted. “While these changes may look subtle, they combine with the new suspension to dramatically change the character of the car.”

Former Shelby racer John Morton was brought in to help with development and refinement of the IRS. The first such Old Venice car was completed in the spring of 2015 and was tested at Willow Springs Raceway by Vince LaViolette, Shelby American’s test driver, and by Rick Titus, son of Shelby Trans Am racer Jerry Titus.

“During track testing, people began to ask if the car was for sale,” said Sutton. “After a landslide of inquiries, we decided to see if there was a good case for offering a limited run of them.”

Since then, the Originals have created a company and will begin production this fall, they said.

“Each OVC built continuation Ford Shelby GT350R will be authentic from its spartan race bred interior to the mechanicals and cosmetics,” the news release noted. “Each car will feature a competition-prepared cast iron block engine supplied by the Carroll Shelby Engine Company, which will be coupled to a period correct 4-speed transmission with an authentic Shelby shifter.

“The car bodies will be fully reconditioned and built to 1965 ‘competition’ specs before installation of a new Brock-designed front valance, refined rear window, quarter glass installation and finished with Ford’s iconic Wimbledon White paint.
Production of the cars will be in Southern California, just as Carroll Shelby and the OVC team did in 1965.

“Since the authentic Shelby GT350R cars begin with a 1965 donor, they can be raced as well as registered for street duty.”