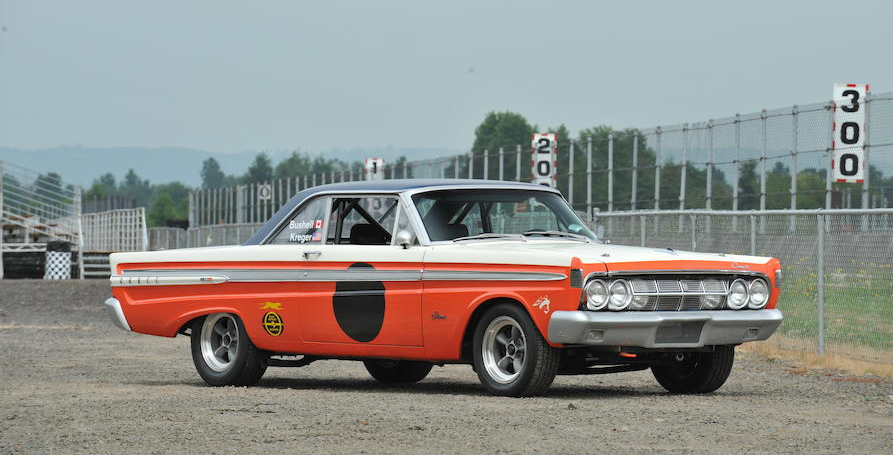 Rolo Malschafsky has always enjoyed the sport of racing – “I’ve done it all my life,” he said, “work permitting.” This year, Malschafsky, local to the Monterey area, plans to take on the legendary Corkscrew at Mazda Raceway Laguna Seca during the Rolex Monterey Motorsports Reunion, August 17-20, behind the wheel of his 1964 Mercury Comet Caliente hardtop coupe.

The Rolex Monterey Motorsports Reunion, now in its eighth year, relives motorsport history by attracting more than 1,000 applicants from around the world, each looking to obtain one of the coveted 550 positions available. Each car competing is scrutinized by the organizers and accepted based on its authenticity, race provenance and period correctness.

This will be Malschafsky’s fourth year competing in the reunion with his Comet, and he will run in the race group dedicated to 1963-1966 GT cars over 2,500cc. Other race groups at the event include pre-1940 sports racing and touring cars, 1927-1951 racing cars, GT cars of the ‘50s, ‘60s and ‘70s, along with various racers with backgrounds in FIA, IMSA, GTX, AAGT and the Trans-Am series.

Malschafsky says a major reason he participates in the Reunion is to provide the younger generation with a “chance to see how big the U.S. was in the sport of SCCA racing.”

“The car has been prepped by myself and (automotive artist) Taylor Wrighton,” Malschafsky said. “I intend to provide the public with a good show and keep safety to the highest degree. We are ready.”

Historically, Mercury’s significant cars began gaining notice in NASCAR in the early 1960s, but by 1964, the Comet was dominating NHRA competition and saw success in the Mobilgas Economy Run. Ford then prepared six 1964 Comet Calientes for the East African Safari Rally. Each received 289 Hi-Po motors and heavy-duty modifications to handle the tough terrain of the continent, such as reinforced frames and six-point roll cages plus full-size Mercury front rotors and calipers, and rear drums.

Malschafsky’s car features a correct date-coded “5-bolt” 289 Hi-Po connected to a Ford “Top Loader” four-speed, while a nine-inch 31-spline axle with limited slip ensures the driver will be able to make use of all that power. Body panels have been “seam-welded” and lightweight bumpers have been installed.

Most notable is that Malschafsky’s Comet Caliente has been inspected by the FIA and received a “Historical Technical Passport.” That means it is a faithful and legal FIA-papered replica of the car that Mercury built for rallying and meets Appendix “K” specifications. Additionally, Malschafsky and his car have been accepted into the SVRA Gold Medallion Program.

“It’s always special to drive a grand prix car with an illustrious history, and the M23 wrote one of the most significant chapters in motorsport history throughout much of the 1970s,” Button said in a news release.  The car ran in 80 grand prix events between 1973 and 1978, winning 16 races and three world championships.

Elton John’s long time drummer and backup vocalist, musician Nigel Olsson, is slated to drive the pace car during the event and to provide hot laps for Rolex guests and other VIPs.

In addition to the on-track action, event attendees can engage in autograph opportunities with legendary drivers, Q&A sessions, and fine wine and cheese tastings, among other motorsports activities.