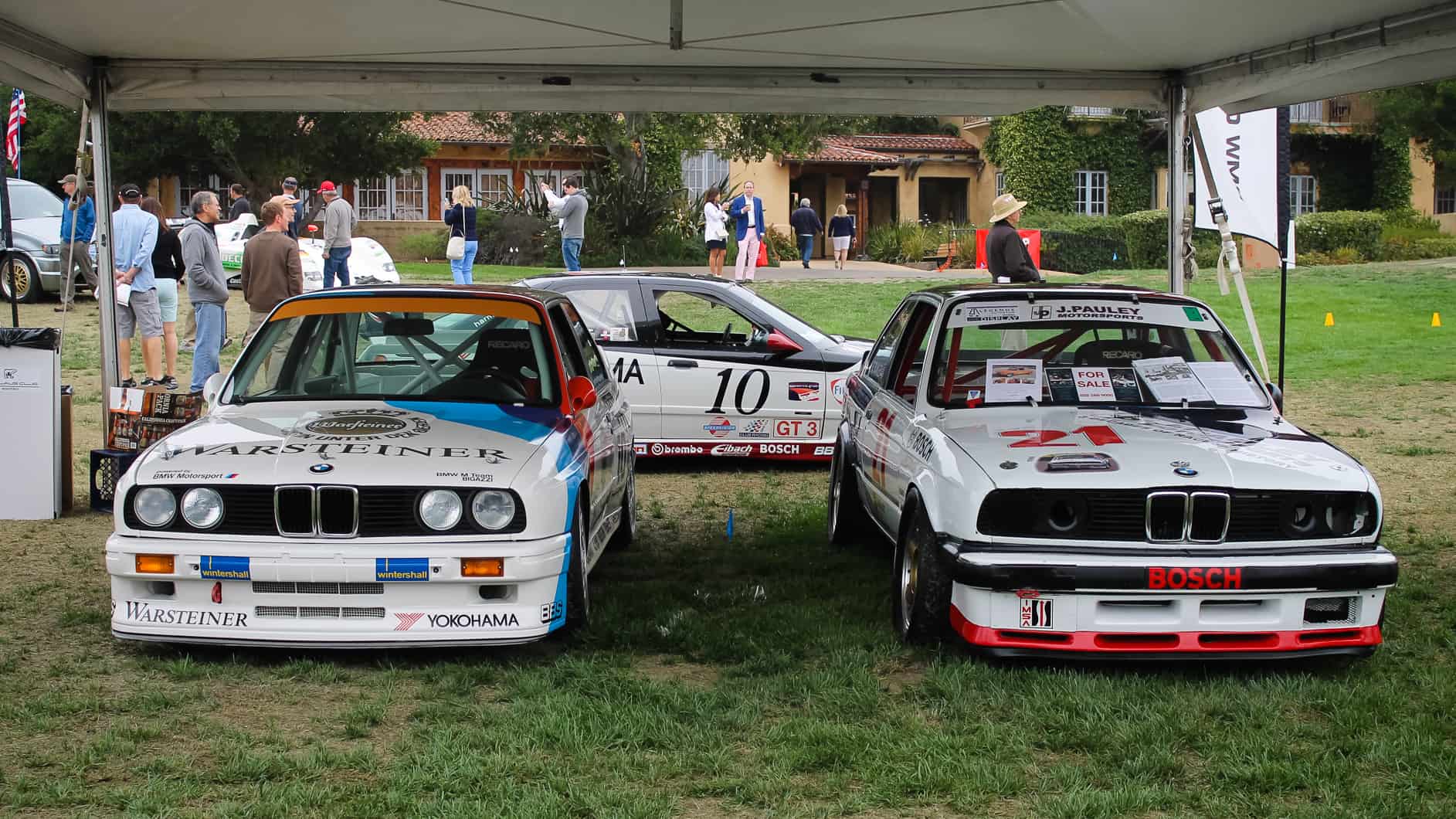 What happens to the race cars that are replaced, the cars that become outdated, ineligible to compete, or that never saw much success? Some may go into collections or museums, while others get a second life through vintage racing.

The Pick of the Day, a 1987 BMW 325i S, is one such car that lives on, and said to be ready once again to compete in vintage races. I encountered this BMW just about a year ago when it was on display at the 2016 Legends of the Autobahn car show during Monterey Car Week, parked alongside its M3 counterpart.

The BMW, advertised on ClassicCars.com by a Chicago dealer, began life as a white 1987 BMW 325i S delivered to TC Kline Racing in Ohio, according to the listing. TC Kline, a longtime BMW racecar constructor, fitted the car with fully adjustable Koni suspension, camber plates and significant structural reinforcements with the intention of racing it in the IMSA series during the late 1980s.

Kline sent the 2.5-liter, inline-six engine to Russ Collins Engineering in California to be balanced and blueprinted, fitted with uprated camshafts and head work, and upgraded fuel injectors, according to the ad.  The headers and exhaust were fabricated by Alf Gerhardt, an IMSA GTO Daytona 24-hour winning driver alongside Hans Stuck and Walter Brun in the Schnitzer BMW M1.

But regulations limited the car’s success despite the efforts of Kline and driver Randy Pobst – who recently was inducted into the Sports Car Hall of Fame – although it managed to survive and finish its IMSA career with only minor battle scares, the dealer says. The listing notes imperfections on the car’s right-rear fender, caused by a rub from NFL great Walter Payton during his brief stint in racing.

“Although this car did not have a hugely successful IMSA racing history, it has been built and driven by some of the icons of vintage and contemporary BMW and sports car racing,” the ad says.

Ron Pawley, a 1985 Daytona 24-hour class-winning driver, purchased the BMW after it retired, and he displayed it on a lift in his climate-controlled garage until 1994, when he gave the car a refresh, He also updated its looks with J. Pauley Motorsports livery and used it to compete in the COMMA series where he won 24 of 27 races entered between 1994 and 1996, according to the ad.

“The car was then housed in Mr. Pawley’s race shop until 2010 when it was sent out for another complete refresh,” the seller says, adding the refresh was “in preparation for the Sebring 12-hour SVRA event, which would be the car’s last run in competition. It has since been thoroughly gone over and refreshed yet again.”

According to the listing, the car still wears J. Pauley Motorsports livery and is prepped to race in SVRA, SCCA, HSRA and other vintage competitions. It has been road registered in Arkansas and log books show the car has completed only 1,500 miles since new, presumably most if not all done on the race track.

The listing includes images of the car with various livery it has worn through its career, as well as showing the interior that has been stripped and caged, and features a Momo steering wheel designed by Magnus Walker.

Offered for $24,500, the dealer listing the car says the car has received invitations to the Amelia Island SVRA Race and the SVRA Indianapolis Race in 2016, but was not able to participate due to scheduling conflicts.  The next owner could change all that.