Movie documents a motorsports career that ended too soon 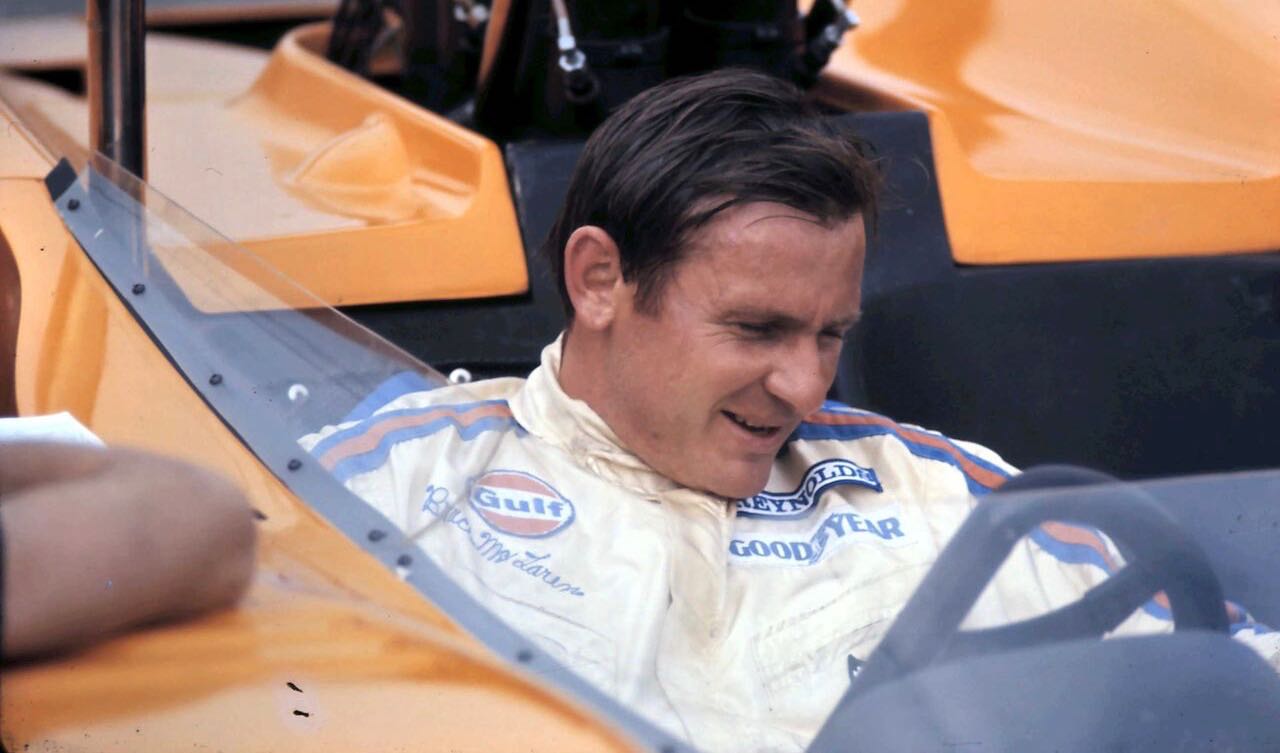 In mid-June, I shared my experience as a young sportswriter on the day Bruce McLaren died at the age of 32. He’d been the youngest driver ever to win a Grand Prix race, and later only the second to win an F1 event in a car he’d built. He had won the 24 Hours of Le Mans. He built the cars that dominated the Can-Am series.

Not long after his death, McLaren’s team won Indy, and also the F1 championship, and then they did it again. He’d also begun work on a sports car not for the race track but for public roadways.

And then, on June 2, 1970, he was testing a new wing configuration in preparation for the Can-Am racing season when the rear bodywork of the car pulled away at speed, sending him to his death. It was tragic, on multiple levels. McLaren wasn’t even supposed to be in the car that day, but the driver who was had been burned in a fire and couldn’t drive. The track was supposed to close for lunch but McLaren wanted one more adjustment made and one more lap to see how it worked. And he died when his car struck a barrier designed to protect flag-waving corner workers; a barrier that had been scheduled for demolition.

“I also wrote that I felt a special connection to McLaren, albeit one that violated the journalist’s creed of objectivity, because Bruce McLaren and I both had been afflicted in childhood with Perthes disease.”

I wrote in June that McLaren’s life and legacy were being featured in a new feature-length movie, and that I was eager to watch the film, even if through tears.

I also wrote that I felt a special connection to McLaren, albeit one that violated the journalist’s creed of objectivity, because Bruce McLaren and I both had been afflicted in childhood with Perthes disease. Perthes is considered a rare disorder, one in which the ball at the top of the femur loses its blood supply and dissolves.

We both suffered the disorder in our left hips. Several months before his death, we sat on a couch at a pre-race news conference and talked about our ailment and how such a setback at a young age can provide motivation for overcoming obstacles later in life.

A few days later, McLaren raced and his cars won again, and I have a photo from that event hanging in my home. It hangs on a wall with the plate my parents won on what might be considered their first date, and with a copy of the dust jacket of the first book I wrote.

So it was with both eagerness and anxiety that I watched McLaren, the movie, last weekend.

The movie is a documentary using vintage footage, contemporary interviews and even clips from Butch Cassidy and the Sundance Kid (reportedly a McLaren favorite) and from an Elvis Presley movie.

“At 20, he won a scholarship to move to England and join the famed Cooper racing team. Upon arriving, he was told he could race in Formula 2 — as soon as he built the car he would drive.”

I thought I knew quite a bit about McLaren, but learned that his father not only owned a garage, “Pop’s,” in New Zealand, but was an accomplished racing driver himself. Bruce was 9 1/2 when his Perthes was discovered; I was 11. He spent two years on his back, strapped to a frame. Medical treatment had improved in the meantime; I was more fortunate, 18 months on crutches. The treatments were designed to take all weight off the hip. In response, hopefully, the blood flow resumes and the bone is rebuilt. You walk with a limp for the rest of your life, and at some point in adulthood face hip-replacement surgery, but otherwise you can carry on life pretty normally.

In McLaren’s case, he couldn’t play rugby or cricket like other boys in New Zealand, but man, could he drive. At 20, he won a scholarship to move to England and join the famed Cooper racing team. Upon arriving, he was told he could race in Formula 2 — as soon as he built the car he would drive. He did, and in the combined F1 and F2 race at the famed Nurburgring in 1958, he not only led all F2 entries, but drove his car to fifth place overall.

Cooper promoted him to F1 and, with teammate Jack Brabham clinching the season championship, and with their cars running first and second, John Cooper gave team orders for the youngster to pass the champion and claim his first grand prize.

McLaren the movie is opening in theaters around the country. I was invited to two of those openings, but was in different cities each time. However, a co-worker and a movie publicist worked together to send me a private password link so I could watch the movie on my iPad.

I did that this past weekend, and that way no one could see my tears.