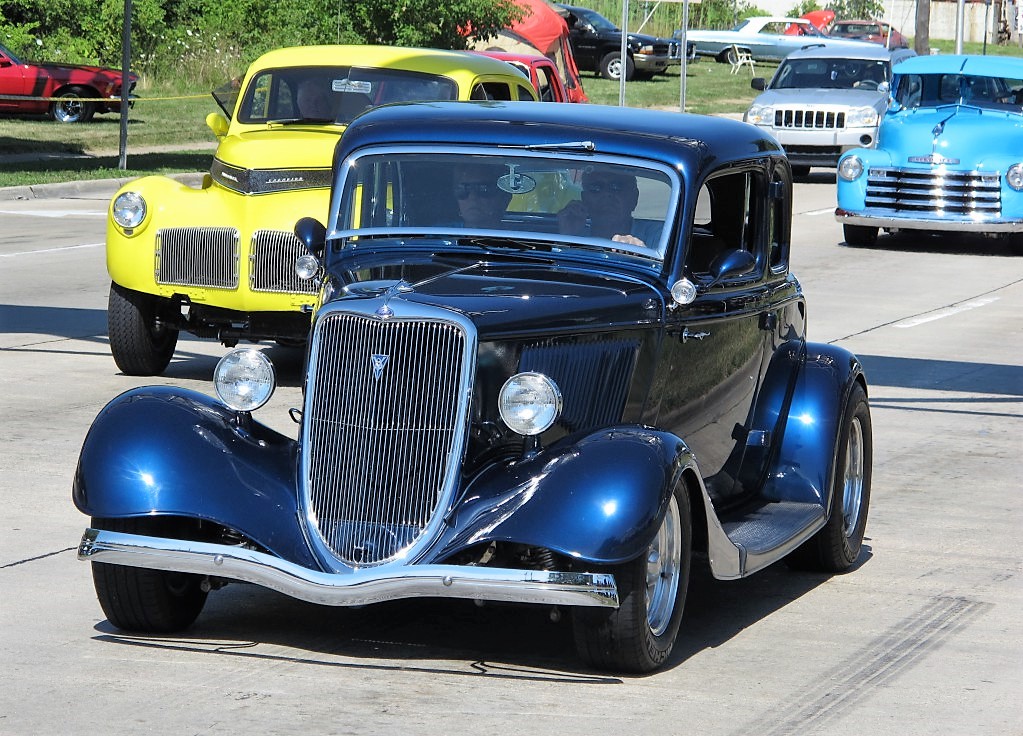 Street rods on parade in the Woodward Dream Cruise | Kevin A. Wilson

The 19th annual Woodward Dream Cruise, set for August 19, is expected to attract more than a million people to a massive American Graffiti-style feast of vintage cars, muscle cars, exotics and what have you, as families pull up lawn chairs to the curb to watch the parade rumble past.

An estimated 40,000 cars take part in the week-long events surrounding the Dream Cruise, which swarms over miles of Woodward Avenue and nearby locations in Detroit’s northern suburbs.

“Dream Cruise is all about the sheer joy and freedom of the automobile, and Ford has always celebrated car culture,” Mark LaNeve, Ford vice president, U.S. Marketing Sales and Service, said in a news release. “From Fiesta to GT, we’re obsessed with making driving fun and we’re committed to celebrating that passion with enthusiasts of all ages in the birthplace of motoring.”

In addition to backing the Dream Cruise, Ford returns for the 19th year with Mustang Alley, which the automaker says will be the largest ever, featuring loads of examples of the iconic muscle car, including the new 2018 Mustang, which hits dealer showrooms later this year. All Mustang owners are welcome to take part. To register, visit the website at Mustang Alley.

For information about the Woodward Dream Cruise, visit the event website.