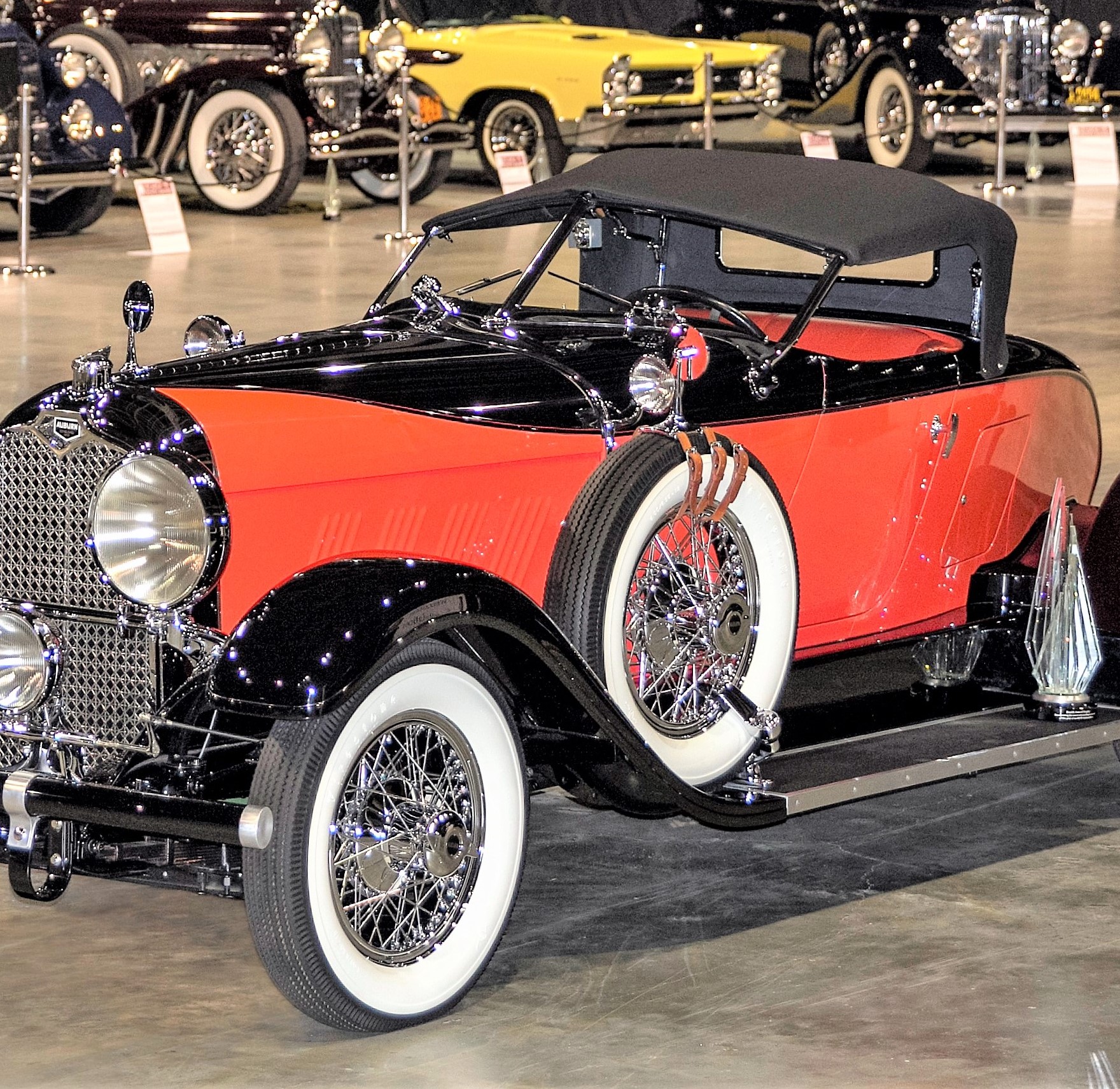 A red-and-black 1928 Auburn 8-88 Speedster with chrome wire wheels, including sidemounts, is the winner of the Antique Automobile Club of America’s inaugural Zenith Award for the most-outstanding restoration of the year.

The first awarding of the honor took place in Independence, Missouri, where the AACA Kansas City Region hosted the 2017 annual Grand National Meet this past weekend. The Zenith Award joins a number of national awards presented annually by the club.

The Auburn, owned by Richard and Helen Harding of Xenia, Ohio, was one of 20 vintage vehicles competing for the Zenith Award, each of them winners of the AACA’s 10 regional events during 2016. The runner-up was a 1942 Cadillac Series 62 club coupe owned by Steve Cooley of Homosassa, Florida.

The team of AACA senior master judges along with three guest judges spent more than six hours evaluating the contestants, trying to separate which of the perfectly restored cars stood above the others. In the end, the Hardings’ Auburn with its evocative boat-tail styling was picked as winner

The winning Auburn, which was restored largely by Richard Harding’s own hands, has won numerous awards nationally, including best of shows at concours d’elegance. The AACA presented the winner with a large, custom-made crystal trophy.

“I was extremely impressed with the depth, variety and quality of the Zenith nominees,” Paul Sable, a nationally recognized concours d’elegance chief judge who served as one of the three guest judges, said in a news release. “All the cars certainly were capable of being shown at concours events and some I have seen at other shows.

“They truly were the crème de la crème of cars and the winner just simply spoke to you as a world-class restoration.”

For information about the AACA, its various awards, judging criteria and national meets, visit the club’s website.