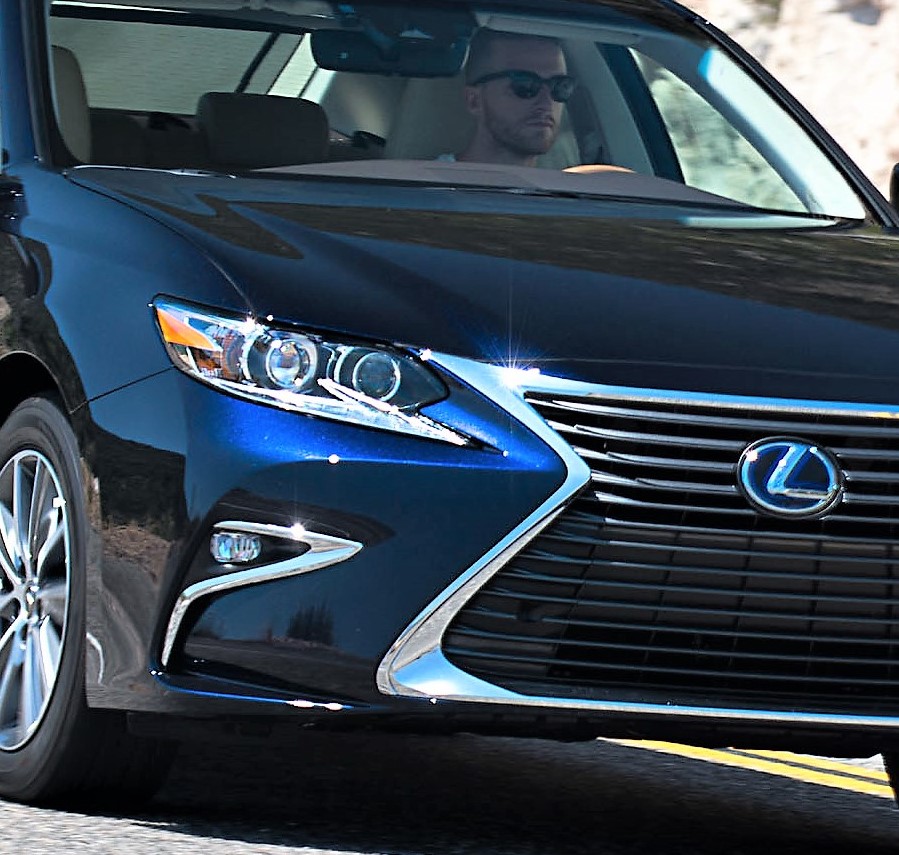 The drive from Phoenix to Las Vegas is long and tedious, with a few interesting segments and a handful of roadside attractions from another era filled with kitschy Western mementos.

The best way to endure the four-and-a-half-hour trip is in the most comfortable and luxurious car possible, one with supportive seats, plenty of driving features and an excellent audio system. It wouldn’t hurt if the chosen vehicle was also good on gas.

I lucked into a fine choice for my two-day turnaround to Vegas, a 2017 Lexus ES 300h, the gas/electric hybrid version of the Japanese automaker’s midsize sedan. This was perfect, as it turned out, making the round-trip drive not only seamless but even enjoyable.

Toyota’s luxury division has turned a corner in presenting more-interesting and attractive vehicles, from its sporty IS compact to the RX SUV. The ES 300h is a good example of how Lexus cars have gone from bland to grand, still tending toward comfort rather than outright performance, but all-around better to drive and be seen driving.

The ES was a bit soft for my taste in steering and suspension, at least around town, although once up to highway speeds, the sedan felt tighter and more buttoned-down. The suspension does an admirable job at smoothing out rough road surfaces, but it never feels sloppy or mushy. A good compromise with well-engineered electronic enhancements.

Power delivery is first rate, with none of the droning or weak-kneed acceleration of some hybrid cars. The ES hybrid can run in three different modes, chosen by a large rotary dial in the center of the console: Normal for normal driving, natch; Eco for when you want to squeeze the most gas mileage out the system, although at the cost of throttle response; and Sport for when you need or just desire more gutsy reaction to movement of your right foot.

All of these functions work as they should, with Eco adding about a mile per gallon in steady highway driving, compared with Normal, and Sport, which turns the Lexus into something akin to a hot rod, great for fast passing on a two-lane blacktop. Definitely a Jekyll and Hyde personality lurking under its sculpted hood.

Hybrid cars have been taking a beating in the marketplace because of the still-low price of fuel, but unlike the economy-oriented hybrids such as Toyota Prius, the ES 300H is a full-throated luxury-performance craft with nothing held back for the sake of economy.

But yes, the fuel mileage was pretty great at 36 mpg, according to the trip computer, at fairly high speeds and without any conserving effort on my part. I’m sure a more economical driving technique would raise that (the EPA rating is 40 mpg), and the Lexus does do better in city driving, where the electric motor goes it alone more often. The car has an EV setting for when you want to drive around town for a short distance on electric power alone, provided that the batteries are fully charged.

The 2.5-liter four-cylinder engine is rated at 156 horsepower, with the total system including the electric motor bringing that up to a total of 200 horsepower. That doesn’t sound like much for a 3,600-pound car, but the Lexus accelerated with gusto on the open road, especially in Sport mode.

The hybrid drive is fed through a continuously variable transmission, never a favorite for driving enthusiasts, although in this application, it performed seamlessly and without the annoying drone of some CVT vehicles that makes them feel like dinghies with outboard motors.

The ES comes loaded with driving features, the most-appreciated of which during my Vegas drive was the High-Speed Dynamic Radar Cruise Control, or adaptive cruise control in common parlance, that was very helpful in negotiating the varying speeds of traffic on that highway. Really, I just set the speed and let the car take care of slowing down and speeding up as needed. Easy enough, and one of the best versions of this technology that I’ve come across.

The Lexus has been imbued with a good electronic sense of self-preservation, from Lane Departure Alert, Blind Spot Monitor with Cross Traffic Alert (a $500 option), and Smart Stop Technology to Pedestrian Detection that can keep you from running over some poor soul. The Pre-Collision System can warn of an impending crash and initiate braking if needed. No, I did not try that out.

The interior was quite plush, with excellent seats and a superb Mark Levinson sound system, part of an audio/navigation package that adds $2,590 to the bottom line. That seems kind of steep, except that the sound is about as good as it gets and the map directions input simply and work well. The Lexus Enform App Suite included with this package can perform all kinds of tasks, such as making dinner reservation or buying theater tickets.

The dashboard seems busy and daunting at first, but I soon got used to where everything was and appreciated the ergonomic effort. The most-used control is the Remote Touch Interface, which is the closest approximation to a computer mouse on the center console that I have run across. It operates nearly all of the functions shown on the big video display. Very simple and effective.

The price of the ES 300h starts at $41,820, plus $975 shipping, but that quickly adds up as the desirable features are added on. Besides the Mark Levinson audio/navigation system and the Blind Spot Monitor, the test car was equipped with the Ultra Luxury Package of interior enhancements, $1,000; LED headlamps, $515; One-Touch power trunk lid, $400; Intuitive Park Assist, $500; and a heated wood-and-leather-trimmed steering wheel, which looked classy and felt just right, $450.

While the bottom line of more than $50,000 might be hard to call a bargain, the ES 300h does seem like a lot of high-tech machinery for the money. Certainly not an atrocious amount for this level of luxury, performance and refinement from a brand that always scores well in reliability ratings.