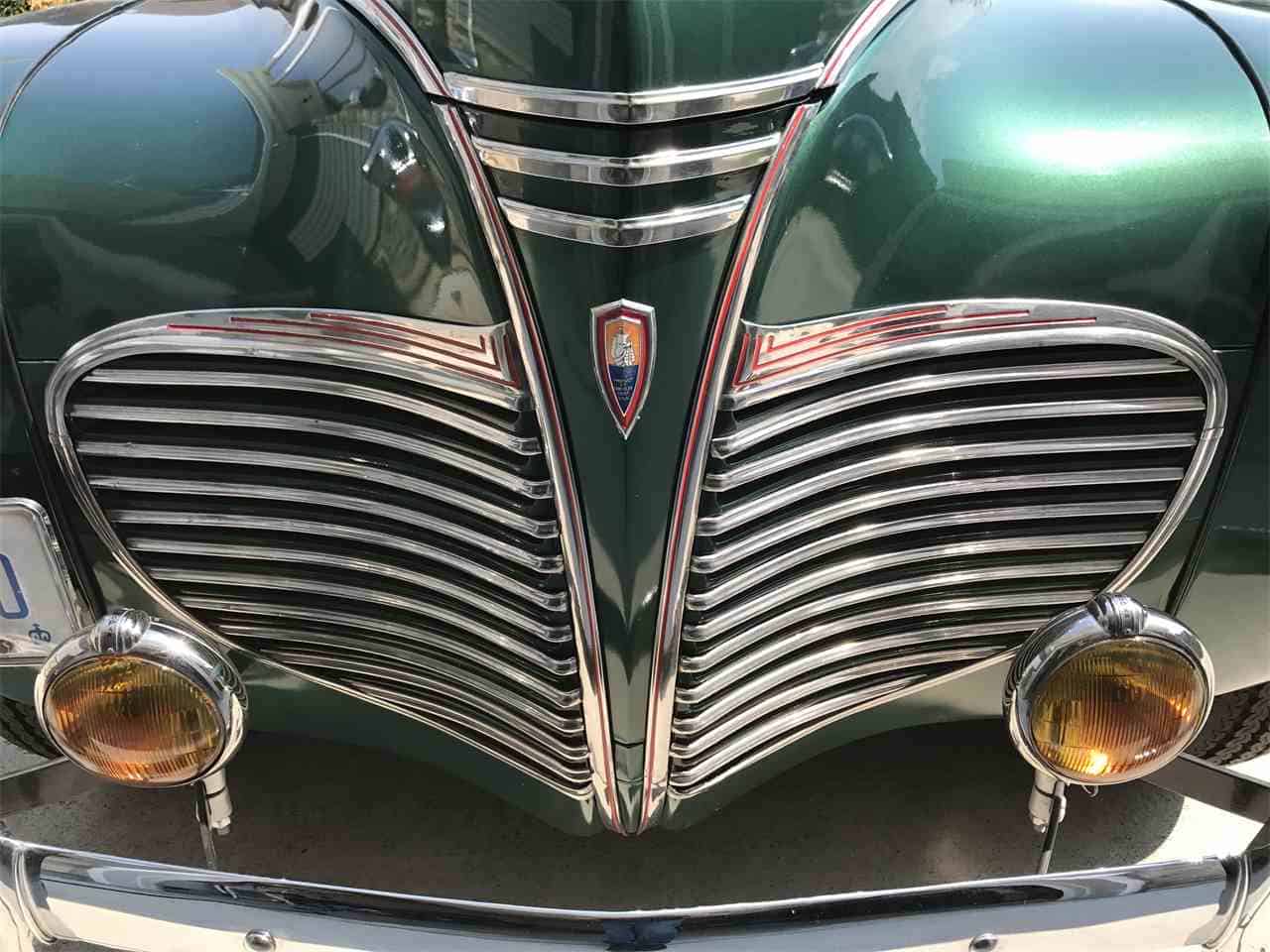 Plymouth updated and upgraded its passenger car line for the 1940 model year. “Low Priced Beauty with the Luxury Ride” was the advertising motto for a car built on a longer wheelbase and with 10 cubic feet more interior room than the previous version. Other updates included a significant increase in window glass to further enhance the new and more spacious interior.

The car was available in basic Roadking or Deluxe versions. For 1941, Plymouth added an even more upscale Special Deluxe model. Our Pick of the Day is one of those 1941 Plymouth Special Deluxe two-door sedans that the private seller says has been fully restored.

“The grace and elegance of this roaring ’40s automobile was the family vehicle of choice of this bygone era,” the seller reports in the car’s advertisement on ClassicCars.com. “As you walk around admiring the detail you can see that this car has creative bodylines that flow into each other surrounded by chrome and glass. This was the kind of vehicle that the stars of Hollywood would drive.”

And it wasn’t only Hollywood types who might have been attracted to the Special Deluxe.

“Sales were spectacular,” the Standard Catalog of American Cars, notes, adding an explanation with a rather ominous tone, “as more people became employed in industry catering to the war goods production for England and perhaps many saw the handwriting on the wall as this country edged closer to involvement in the conflict.”

Here’s an interesting footnote from the Standard Catalog: In the fall of 1940, three men set out in a 1941 Plymouth four-door sedan to attempt to be the first to drive from Detroit to the tip of South America and to map out a route for the proposed for the Pan America Highway in the process. It took them eight months and traversing swamps, desert and mountains, but they arrived in Magallanes, Chile, after driving 15,745 miles.

Although the seller of the Pick of the Day is located in Kingsville, Ontario, Canada, the car appears to have been American made, since the Standard Catalog notes that the Plymouths built in Canada had 218.6 cid inline six-cylinder engines while the Pick of the Day has the 201 cid version that the seller notes “is period correct and runs like a charm, it is so much fun to drive.”

The seller adds that, “The suspension in this vehicle rides much nicer that many of today’s full-size vehicles, you will be amazed how smooth the ride is.”

The car has been painted metallic green with tan cloth interior.

“To summarize,” says the seller, “an investment grade vehicle with the flathead inline 6-cylinder engine, 3-speed on the column transmission, very well restored inside and out to the correct original specs, beautiful paint, chrome, interior and detailed engine compartment, ready to drive.”

The asking price is $17,900 or best offer for a vehicle that shows as immaculate in the many photos that are included in the advertisement.