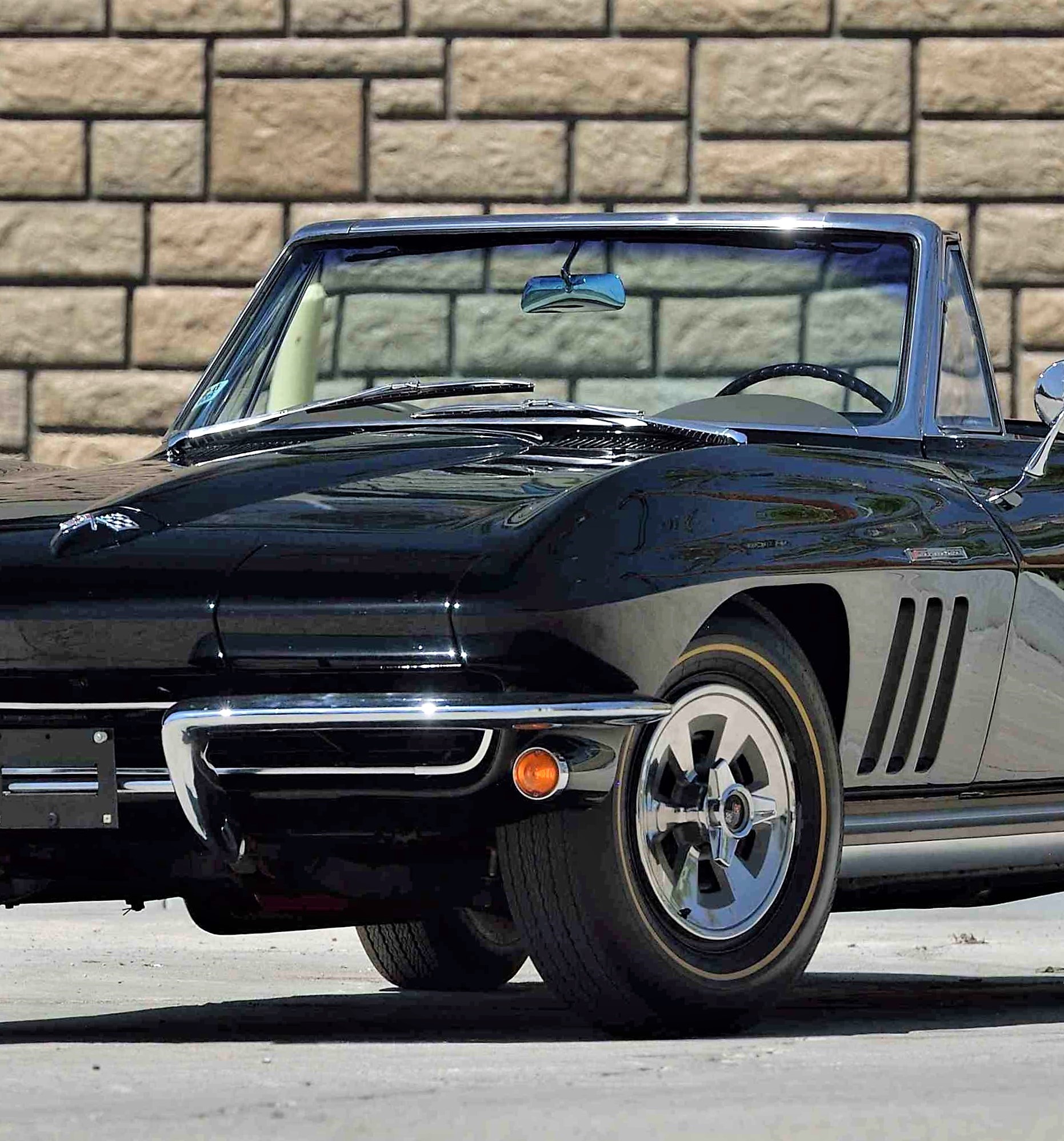 While green Portland, Oregon, is most-often considered the land of Subarus and vintage Volvos, Mecum Auctions returns to the Northwest city June 16-17 with a sale featuring a pair of high-performance Corvettes.

A well-documented, three-time NCRS Top Flight award-winning 1965 Chevrolet Corvette convertible is powered by the 327 cid, 375-horsepower V8 coupled with a four-speed manual transmission. The Vette is in reasonably original condition, with one repaint, a newer door panel and new carpets, the auction notes in its description.

The other one is a big-block beauty, a Rally Red 1967 Corvette coupe with a 427/400-horsepower V8 and Powerglide automatic. After a show-quality restoration by its second owner in the 1970s, the Corvette was parked for 35 years. The car, with just 9,523 miles on its odometer, still wears its lacquer paint and original interior, which is said to be in mint condition.

Other starring Chevys at the auction are two Camaro coupes, each of them famed performance models powered by L72 427 cid, 425-horsepower engines and four-speed transmissions. One is a 1968 Yenko Camaro, one of 64 produced with fewer than 20 believed to still exist, while the other is a lavishly restored 1969 COPO Camaro, sold new at Camp Chevrolet in nearby Spokane, Washington.

The Mecum auction will offer about 600 collector cars at the Portland Expo Center, where last year’s sale garnered results of more than $9.3 million.

For information about the Portland sale, visit the auction website.