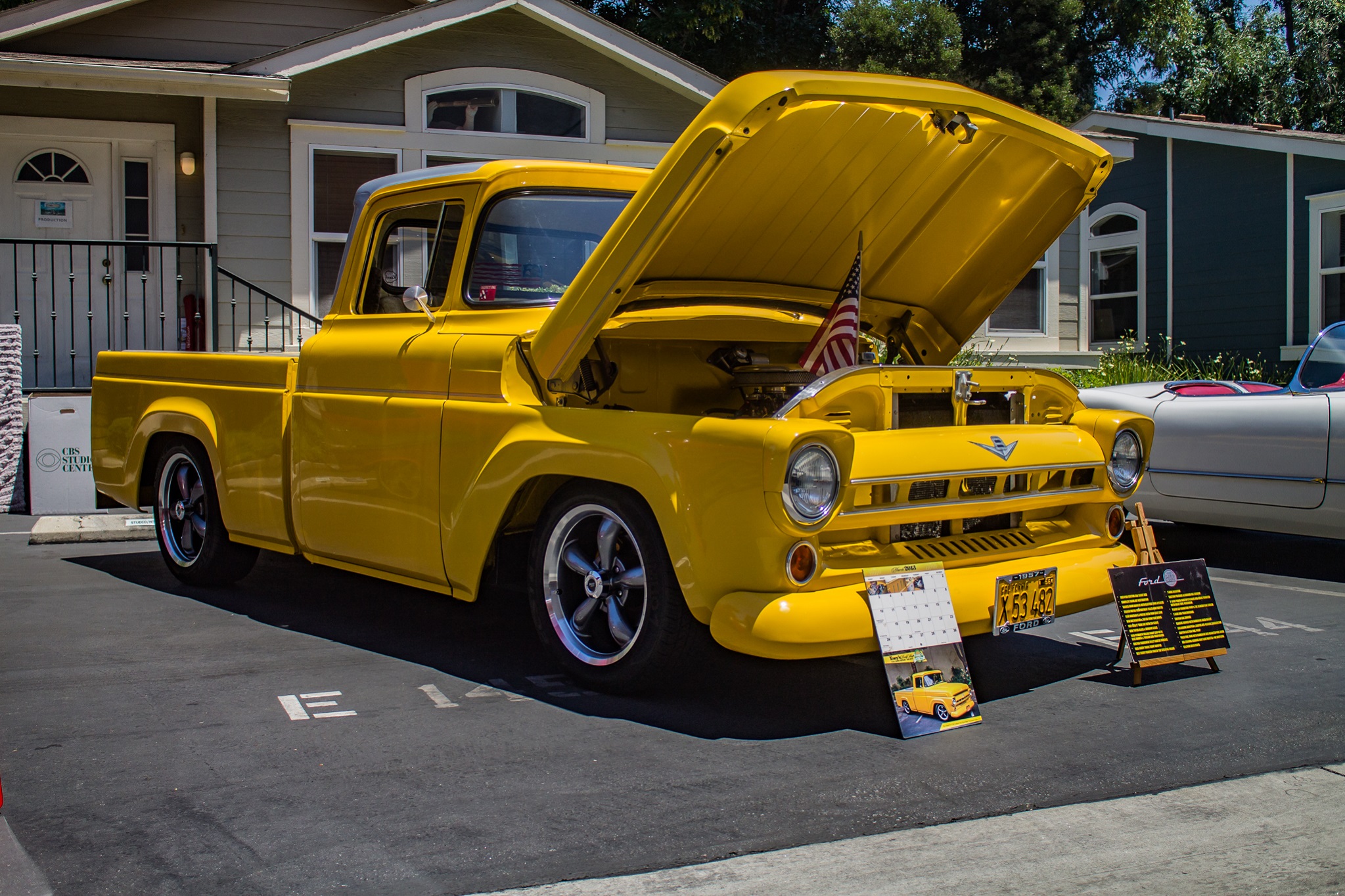 At the intersection of Gunsmoke Avenue and Gilligan’s Island Road within the CBS Studios, the Television Motion Picture Car Club held its 8th annual car show. This year the show was staged with the Studio City Chamber of Commerce and became a joint event with Flavor of LA –- Food, Cars, Libations.

Flavor of LA included over 40 food vendors while the car show exclusively features car club member vehicles and those from show sponsors.

The Television Motion Picture Car Club is open to people who work in “the industry,” both behind and in front of the camera. For example, club member Dennis McCarthy of Vehicle Effects brought the Ice Charger from the 8th movie in The Fast and the Furious saga, the Fate of the Furious.

However, the show is open to cars that have not appeared on screen, provided their owners are part of the industry or key sponsors of the show. Thus Barry Meguiar showed a Ford GT and Superformance a Cobra and Daytona Coupe.

The club was founded in 2009 so automotive enthusiasts working or who formerly worked in the television, motion picture, music, radio, sports or motorsports industries could get together, connect with old friends, make new ones, and share their passion for the automobile.

The club holds private tours of some of the top custom car shops in California, a private ‘Cars and Cigars’ event in the spring, the annual summer show –- this year with Flavor of LA –- and a private movie night in the fall.