Dream of a lifetime fulfilled: A visit to Jay Leno’s garage 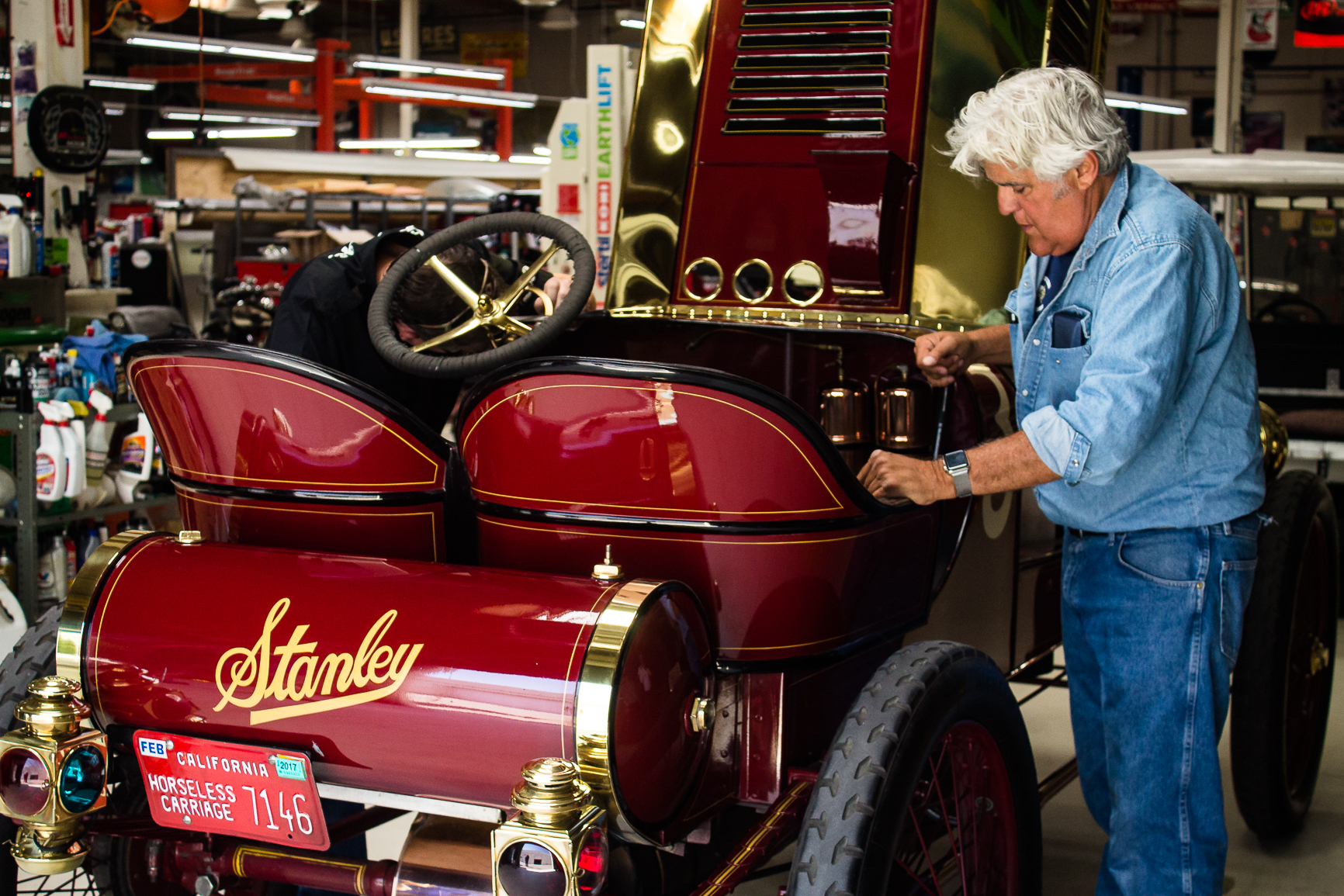 For as long as I can remember, I have said, “I want a car collection like Jay Leno’s.” This response typically came after listing dozens of cars I’d declared as my all-time, must-have favorites that really, one could only dream of owning.

Well, unless you were Jay Leno.

I met Jay Leno once during the SEMA Show and I had grown up watching the Tonight Show from time to time, but I really got to know the nation’s most well-known car enthusiast from watching his YouTube series-turned-television Show, Jay Leno’s Garage.

The show gives you an idea of what the garage is like and, like most viewers, I thought of actually visiting his collection seeming impossible because it’s not a museum — though the cars are of that quality — but it’s his personal, not public collection. You cannot buy admission tickets. There are no posted business hours.

But you can be invited.

Much to my excitement, ClassicCars.com president Roger Falcione and I were invited to check out the collection as part of a media event to introduce a new line of Leno-labeled car-care products.

Roger and Leno hit it off, reminiscing about growing up in Boston and talking all things Tesla. Meanwhile, I found myself wandering the rooms and halls of his garage, accompanied by nothing more than the echo of my camera shutter and hauntingly beautiful cars.

It was a surreal experience.

Nothing was roped off or behind glass, and the place wasn’t littered with “do not touch” signs or plaques sharing the details of each vehicle. Instead, I could enjoy an inmate, one-on-one experience with each car, taking in the details that made each so amazing.

At one point Leno took us on a tour of the garage and its contents. We were welcomed to sit in some cars. He even encouraged an attempt to crank over the engine of his vintage fire truck.

He shared with us that he views the collection as a collection of stories rather than of cars and motorcycles.

Yes, he said, of course, he had liked each car or bike, but the stories that came with them were the deciding factor in his decision to acquire each of them.

My favorite area was the room with his Duesenbergs. I’ve always had a thing for them, particularly the Model J cars, and, of course, Leno has several. Among them was a 1929 Duesenberg chassis and the controversial 1931 Duesenberg Model J Town car that was originally owned by the Levi Strauss family and is recognized as the last un-restored Duesenberg in the U.S.

I was most surprised by the number of alternative-fueled vehicles Leno has. He shared that one of his favorites is the 1963 Chrysler Turbine. The revolutionary car concept clearly delighted Leno. He started the car and instructed us to place our hands on part of the turbine to feel how smoothly it ran. He shared the automaker’s goal to produce a vehicle that could run on a gas turbine engine, in theory for more efficiency. Fifty-five cars were produced and tested, but they were never offered for sale to the public, and all but nine were destroyed.

Another notable car within the collection is the 1930 Bentley G400 powered by a 27-liter V12 Merlin aircraft engine that was used in World War II era planes and rated with as much as 700 horsepower.

Toward the end of the day Leno pulled out his 1906 Stanley Steamer Vanderbilt Cup racer and, yes, the car is powered by steam. It took over an hour to get it started, but just hearing how it sounded was well worth the wait.

Throughout the day, we shared portions of our tour with Leno via Facebook Live, those videos can be seen on the ClassicCars.com Facebook page.

My trip to Leno’s garage was an unforgettable experience and definitely has fueled my desire more so to create a collection that I can only hope would one day rival his.

Toronado, Firebird, Blazer and more of Bob’s favorites on AutoHunter