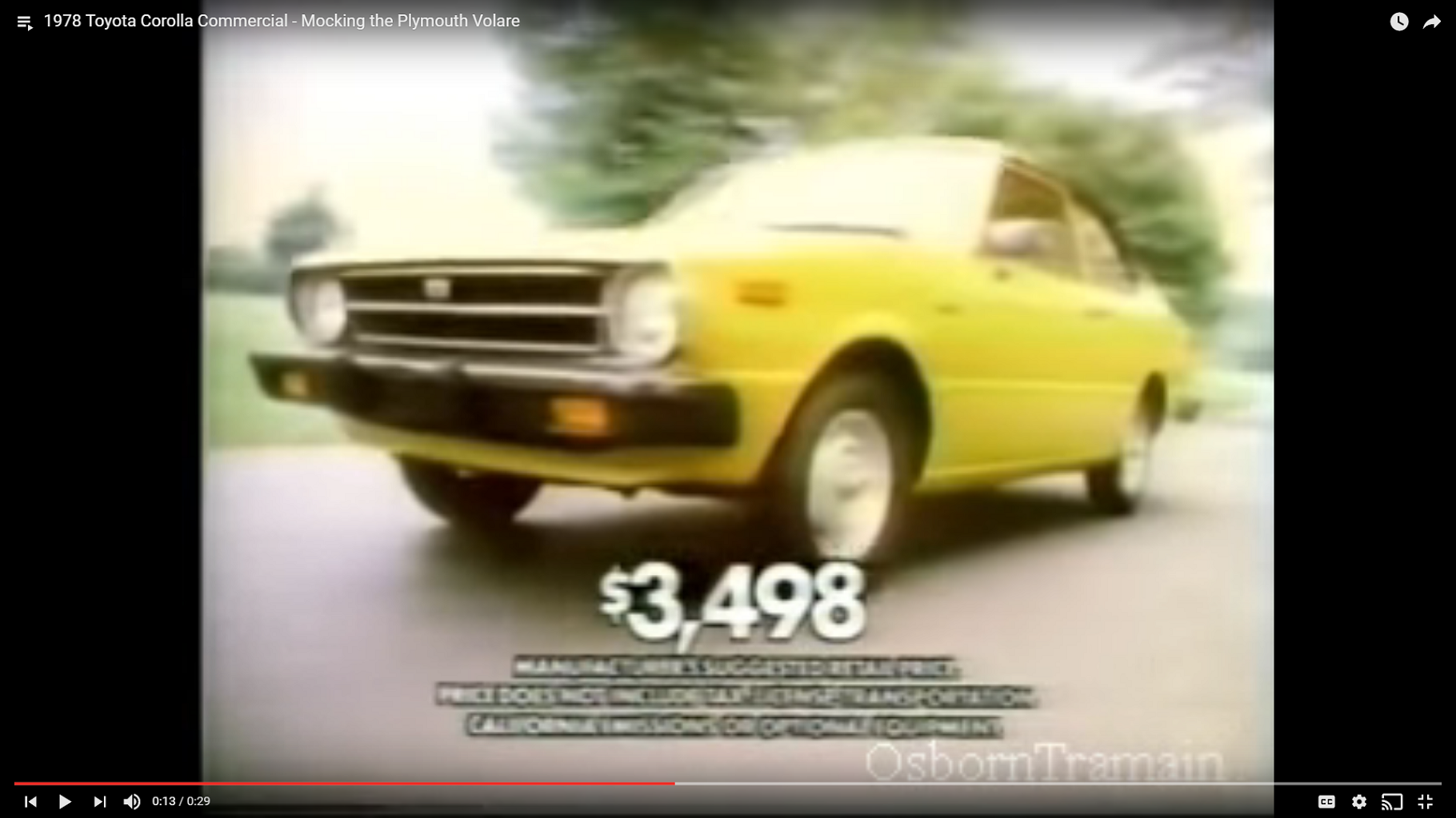 In an effort to give people their “money’s worth,” Toyota launched a series of commercials promoting the 1978 Toyota Corolla. The ad encourages consumers to “buy it” if they find a better built, lower cost car than a Toyota.

While promoting the Corolla, Toyota pokes fun at the Plymouth Volare, which at the time was the most recalled car in history.