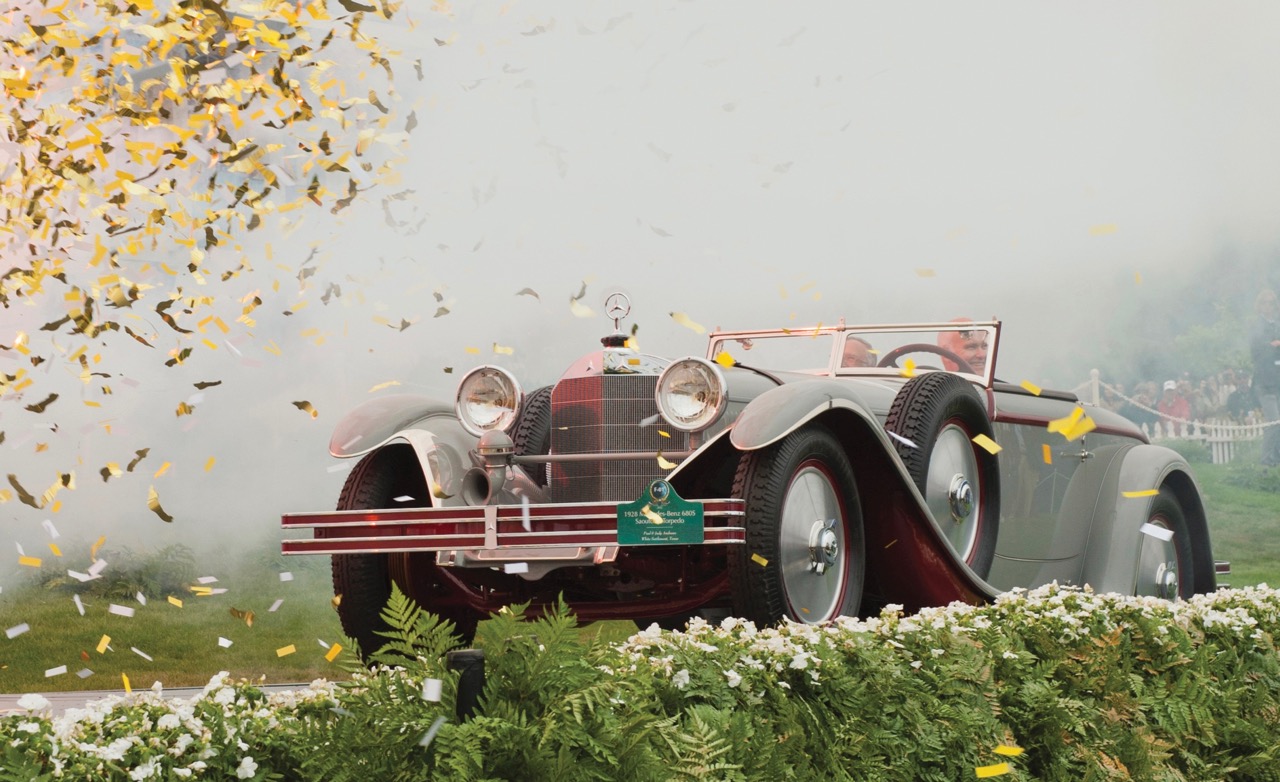 RM Sotheby’s has revealed two more star cars for its Villa Erba auction May 27 on the shores of Italy’s Lake Como — a 1928 Mercedes-Benz 680 S Torpedo-Sport Avant-Garde, the only survivor of the three built, and a 1948 Talbot-Lago T26 Grand Sport Cabriolet, one of only three with coachwork by Franay.

Previously announced for the official auction of the Concorso d’Eleganza Villa d’Este were a 1937 Talbot-Lago T150-C SS coupe by Figoni et Falaschi as well as a 1930 Alfa Romeo 6C 1750 GS Spider 4th series and a 1935 Bugatti Type 57 Atlante Prototype.

Both the ’28 Benz and the ’48 Talbot-Lago previously were among the vehicles entered in the Lake Como concours, RM Sotheby’s noted in its news release.

RM Sotheby’s called the ’28 Benz, chassis No. 35949, “the undisputed star attraction” of the auction. The car has coachwork by Saoutchik and combines German engineering and French Avant-Garde design.

“From a visual perspective, it is simply breathtaking; devoid of any running boards, it combines swooping front fenders with highly polished German Silver trim, a low windshield, and a disappearing convertible top,” the auction house said. “Inside, reptile-skin seats and intricate wood accents, including a large wood-rimmed steering wheel, give a heightened sense of luxury.”

The car debuted at the 1929 New York Auto Show and was purchased new by Frederick Henry Bedford Jr., a director of Standard Oil. His family owned the car for more than seven decades. In 2008, it was purchased by Paul and Chris Andrews, who commissioned a restoration by Paul Russell & Company. In 2012, the car won Best of Show honors at Pebble Beach.

It also was judged as restoration of the year by the International Historic Motor Awards panel and goes to auction with a pre-sale estimated value of €6.5 million to €8 million ($6.9 million to $8.5 million).

“It’s a distinct honor to present this very special Mercedes-Benz at our Lake Como sale,” Shelby Myers, RM Sotheby’s car specialist, is quoted in the news release. “A true show-stopper, not only is it one of the most stunning automobiles to ever wear the Mercedes-Benz three-pointed star, but also one of the most memorable concours starlets of the 21st century, making it a perfect fit to the Concorso d’Eleganza weekend.

“It’s also a terrific candidate for long-distance touring,” he added, noting that the car offers “a sensational blend of style and performance.”

Also consigned to the auction is the ’48 Talbot-Lago T26, chassis No. 110121. In addition to coachwork by Franay, the car has an interior by Hermes.

The car debuted at the 1949 Paris Motor Show, and at one point was photographed with movie star Marlene Dietrich. The car’s pre-sale estimated value is €1.2 million to €1.5 million ($1.275 million to $1.6 million).