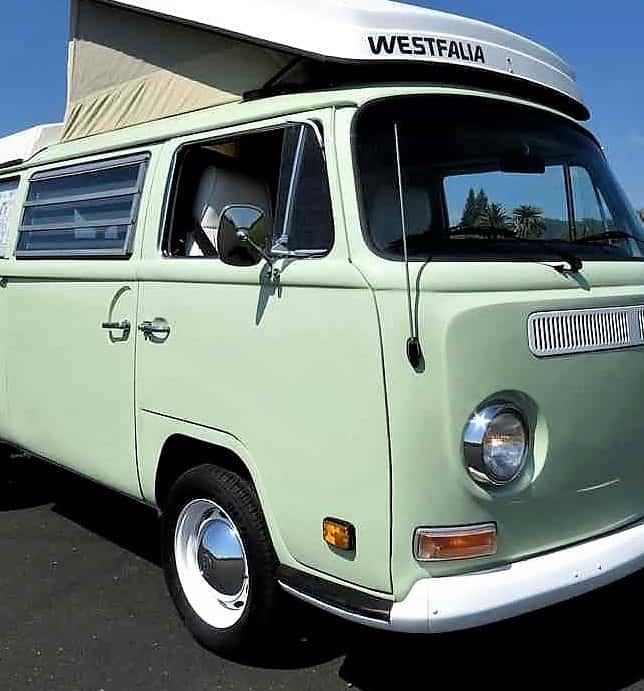 It’s spring, and the open road is calling. And what better craft for an extended road trip than the Pick of the Day, a 1969 Volkswagen Westfalia camper bus with all the trimmings.

According to the Sonoma, California, dealer advertising the VW camper on ClassicCars.com, this Westy is ready for a national tour. The flat-four engine has been rebuilt and bored out to 1,776 cc, the ad says, which should help provide enough muscle for these typically underpowered vehicles. The key to driving any VW microbus is to abide by one simple rule: never be in a hurry.

Westfalia was the factory camper brand

The transmission was professionally rebuilt recently, and it shifts crisply, the seller says, adding that the suspension and braking are excellent and the steering box was rebuilt less than 500 miles ago. The paint was redone not long ago and remains in decent condition, according to the ad.

“The interior is in excellent shape with recent new seat covers, insulation, front rubber flooring and custom, kitschy curtains,” the seller says. “It has a new tent and cot. The wood looks good and the sink, icebox and both fold-out tables are present.”

The Westfalia designation for VW’s iconic camper buses comes from the German company that built the interior furnishings and trim, including the special side-window treatments and pop-up roof. Although there are many acceptable aftermarket conversions for microbuses, the factory Westfalia versions are the most desirable.

The 1969 bus is a later-generation model, which has less-detailed styling than the earlier buses and a broad “bay-window” windshield instead of the classic split style. As such, this is a less-collectable year compared with the early ones, at least it is for VW enthusiasts and classic car investors. But that shouldn’t matter so much to someone who just wants to go camping in style.

The bus is outfitted for outdoor living

The paint and bodywork are described as “driver quality,” which generally means there are visible flaws but still presentable. The seller notes that the floor up front was repaired, and while safe and usable, it could be more attractive; a new set of correct floor panels are provided with the sale for whenever the eventual buyer decides to weld them in. From the provided information, I would say: not a deal breaker.

One thing that the seller does not refer to is the low mileage of 33,246 showing on the odometer. I would figure that considering the extensive work that has been done on the bus, the five-digit odo has most-likely turned over, making it 133,246 miles. But that’s not terribly relevant if it’s been entirely refurbished, as claimed.

The asking price of $18,500 is not bad for what seems like a very usable VW camper bus in apparently very good condition, rebuilt mechanically and cosmetically with upgraded engine performance. The extensive gallery of photos with the ad shows that it’s very clean inside, outside and in the engine compartment.

“All in all, this is a good-looking Westy in excellent mechanical shape,” the seller concludes. “It looks great and is ready for fun summer camping.”