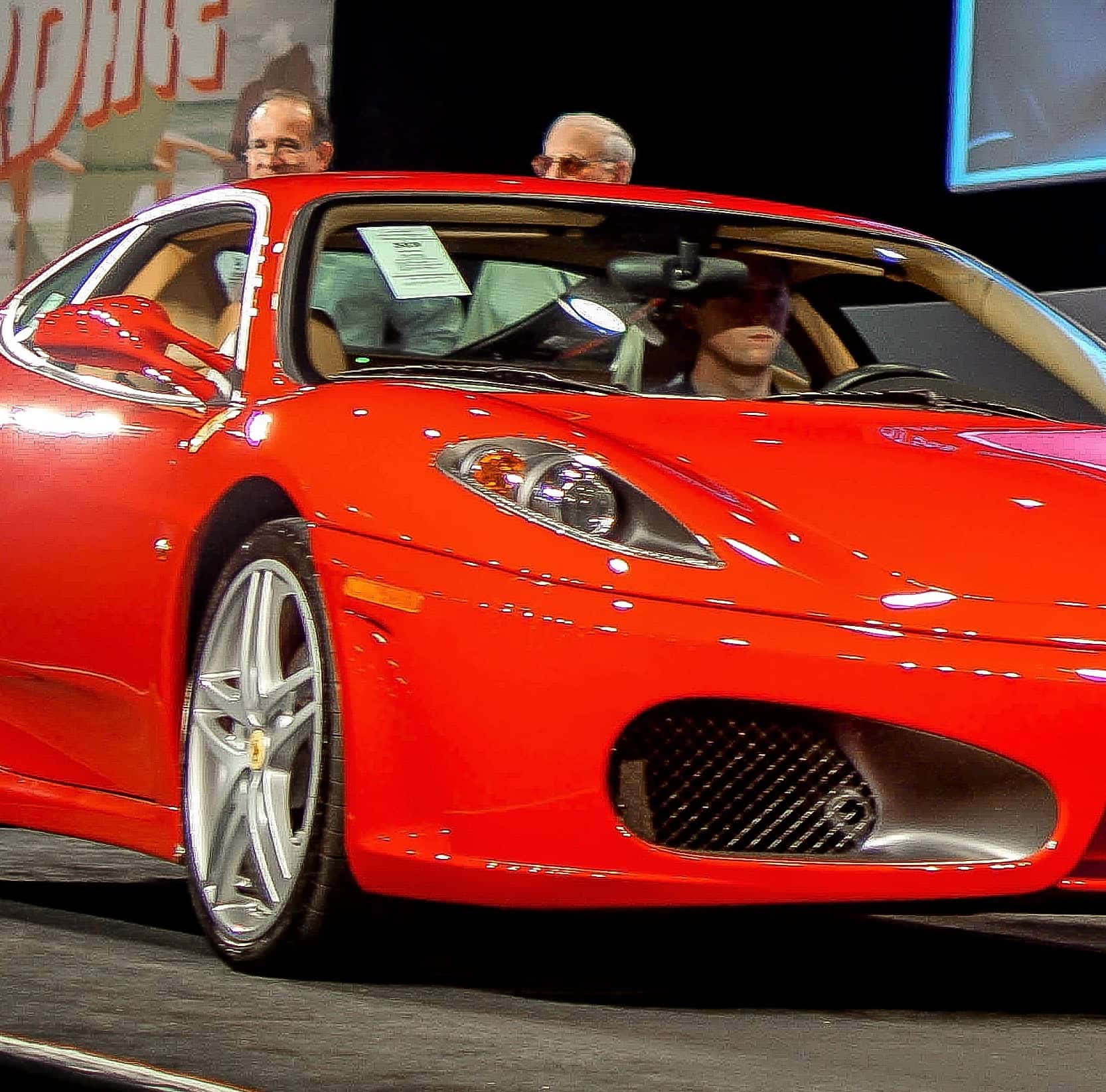 A low-mileage 2007 Ferrari F430 F1 coupe formerly owned by the President of the United States received a major Trump bump at auction last weekend. Auctions America sold the Ferrari, along with its vehicle title bearing the name Donald J. Trump, for $270,000, about $100,000 above its non-celebrity value, during the annual auction in Fort Lauderdale, Florida.

The President’s Ferrari landed in fifth place among the highest-selling cars at the auction, which reached $17.3 million in sales, with 76 percent of more than 400 vehicles sold.

The auction’s top seller was a perennial favorite, a 1963 Mercedes-Benz 300 SL roadster that went for $1.2 million (all Auction America results include auction fees).

The Trump F430 left the block as a no sale after lively bidding but was announced as sold immediately afterward. The Trump provenance boosted the value from its customary level of $125,000 to $175,000, according to Auctions America. The new owner also gets the car’s original title, which has the Trump Tower address in New York City and Trump’s large signature.

Highlighting the 15th annual Fort Lauderdale auction was the no-reserve sale of the JLG Autocrib Porsche collection, which the auction house said received “solid results across the board.” The top-selling car of the 26-car collection, compiled by Jack and Alice Gish, was a restored 1955 Porsche 356 Speedster that went for $255,750, placing it at No. 6 among the auction’s sales leaders.

According to an Auctions America news release, the Gishes said after the auction of their cars, “Auctions America really got the job done; the results from the sale of our Porsche Collection exceeded our expectations and we couldn’t be happier with our experience.

“They made parting with the collection after so many years an easy and seamless process, but most importantly, memorable.”

The top 10 highest-selling cars at the Fort Lauderdale auction were:

(All results include auction fees)

Auctions America’s next sale takes place May 11-13 at Auburn Auction Park in Indiana, with an expected 500 collector cars offered. The Auburn auction coincides with the first-ever joint national gathering of the Antique Automobile Club of America and the Classic Car Club of America.