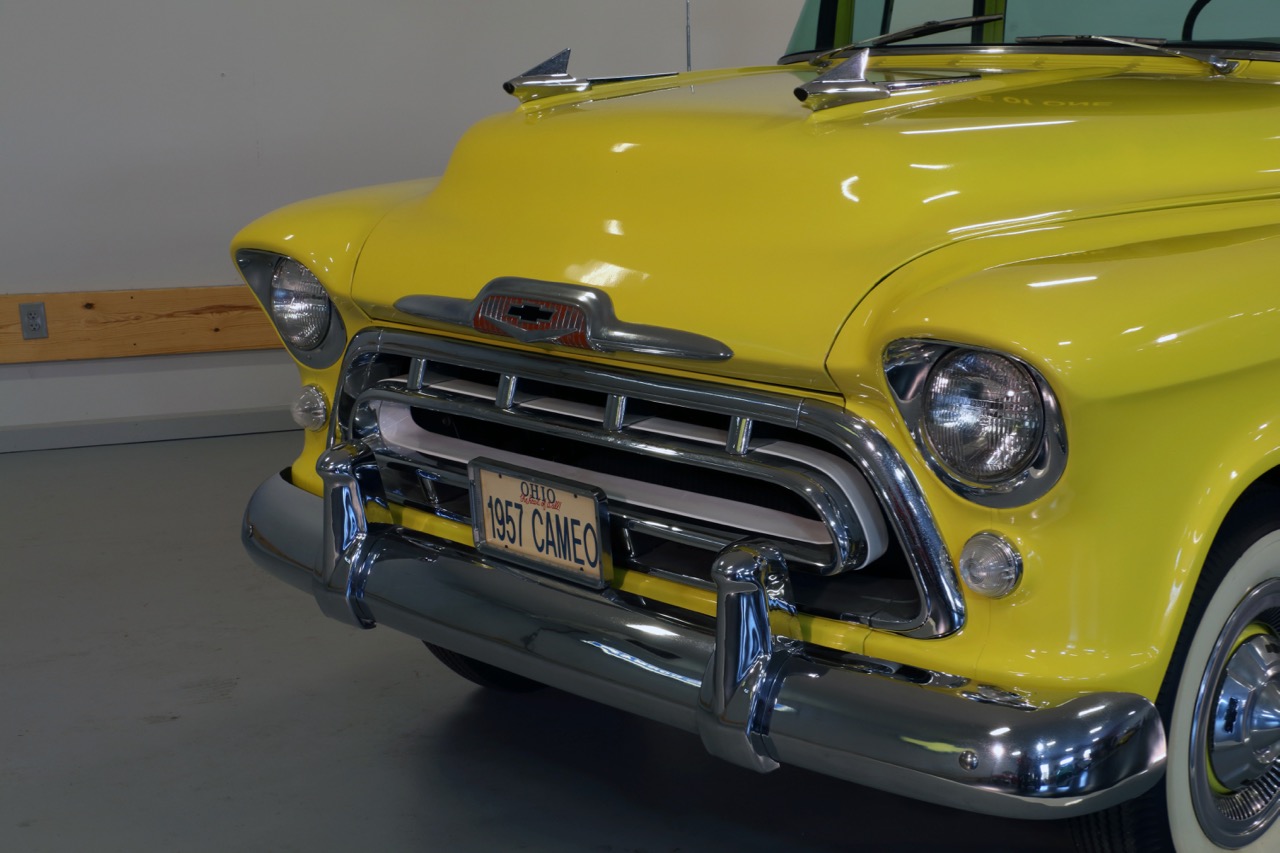 Forty-two cars, a Wells Fargo stagecoach, three customized golf carts and an amazing assortment of Road Art from the Bob McDorman collection will be offered at Dana Mecum’s 30th annual Original Spring Classic auction scheduled for May 16-21 at the Indiana State Fairgrounds.

McDorman was well-known in central Ohio and beyond for his long-time Chevrolet dealership ownership and for his collection of primarily Chevrolet vehicles, especially Corvettes. He had been enshrined in both the Bloomington Gold Great Hall and the National Corvette Museum Hall of Fame.

“He was so well respected and one of the first serious collectors of Corvettes and as a hard-core Chevy guy and his relationship with the factory was such that he could get things, certainly serial numbers, that even other dealers maybe could not,” said John Kraman, consignment director for Mecum Auctions.

Cameo Carrier was a pickup truck with car-inspired styling

For example, Kraman said, the docket will include a pair of 1978 Corvette Indy pace cars, but not just the typical examples; McDorman was able to secure both the first one built and the last one built.

“Both are L82 4 speeds,” Kraman added. “He was able to finagle things like that.”

McDorman became a Chevrolet dealer in Canal Winchester in 1965 and owned the store until 2011. In 2010, at the age of 78, he sold around 150 vehicles from his collection at a no-reserve Mecum auction at his dealership. There also was an earlier sale of part of his collection by Mecum.

In 2014, McDorman moved his car and automobilia collection into the Bob McDorman Automotive Museum. He died in May 2016. He was 82.

The museum included the best of the cars McDorman had collected, but the estate has decided to let go of those cars and the automobilia collection as well, Kraman said.

“You know, in life, you can fake enthusiasm and you can fake your attitude,” McDorman was quoted in a 2010 interview with the Columbus Dispatch about his appreciation for Chevrolet and his collection. “But you cannot fake your passion, and I got the passion.”

That passion shows in the McDorman collection which crosses the block in Indianapolis. Among the cars from his collection on the auction docket are a 1996 Corvette Grand Sport coupe and a matching convertible; and a 1953 Corvette roadster, one of only 300 produced; the 10th 1964 Corvette produced, and a 1963 split-window Corvette coupe.

Also, a 1955 Chevrolet Nomad; a 1957 Bel Air convertible; a 1947 Chevrolet Fleetmaster Country Club woodie coupe; a 1947 Chevrolet 3100 5-window pickup and a 1957 Cameo Carrier; a 1960 Corvair Monza 900; as well as others, including collectible Cadillac, Buick, Pontiac and Oldsmobile vehicles.

To see the complete McDorman collection going to the Indy auction, see the special Mecum website.