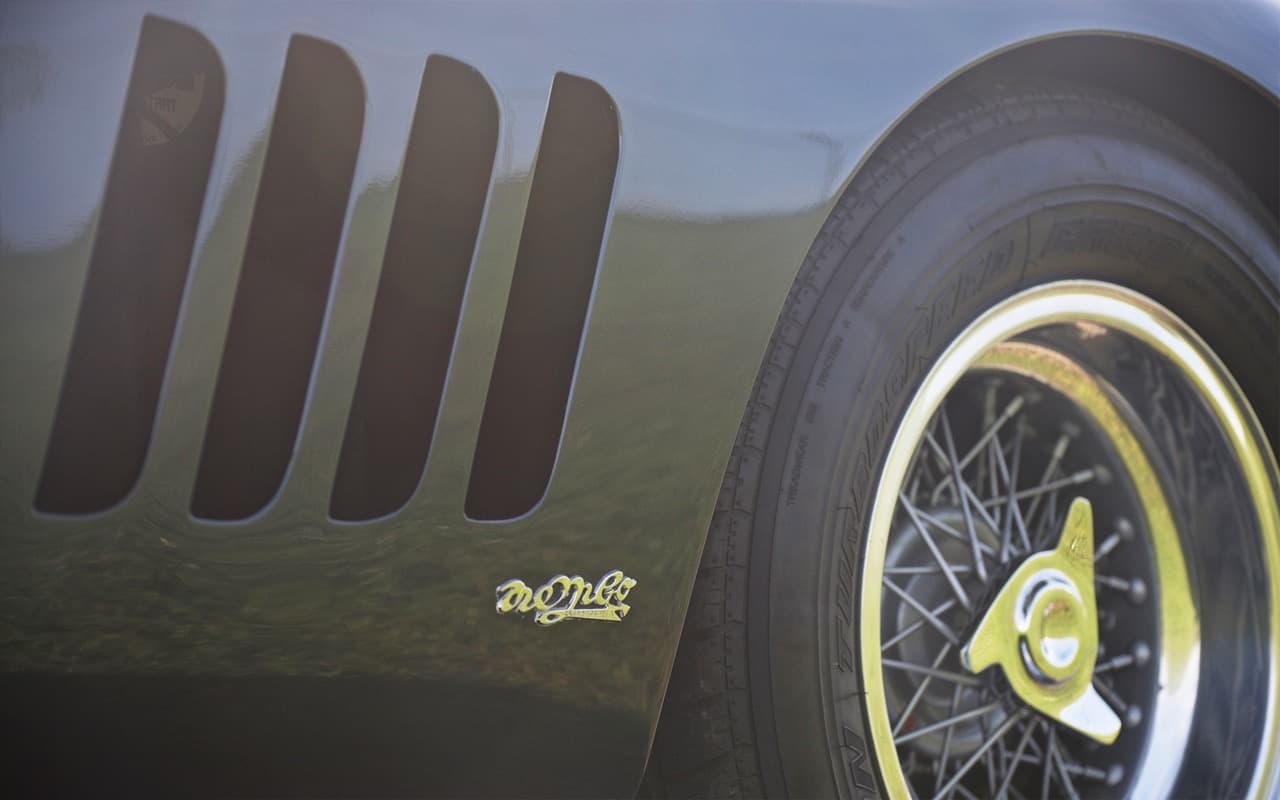 Three Ferraris formed the focal point for H&H Classics’ Duxford auction at Britain’s Imperial War Museum this week. The auction, with 121 cars on its docket, generated sales of £4.4 million ($5.51 million).

But of particular note were a 1958 Ferrari 250GT PF coupe that had been rebodied as a LWB California Spider; a 2001 Ferrari 360 Spider formerly owned by soccer star David Beckham; and a 1964 Ferrari 330GT Nembo Spider from the estate of Richard Allen and being sold to benefit the East Anglian Air Ambulance Service.

Ferrari’s 250GT PF coupe and California Spider shared their basic chassis and their bodies were interchangeable, H&H Classics noted. The bodywork on the car offered at the War Museum had been copied from chassis 1487GT, an original 250GT LWB Cal Spyder Competizione that had been part of the consignor’s car collection, the auction house noted.

“Any Ferrari 360 is a seriously exciting car to drive but this one with its notably low mileage and former ownership by a global icon is truly special,” Damian Jones, head of sales at H&H Classics, said in a news release.

The car showed only 7,800 miles on its odometer and was outfitted with several optional features, including BBS wheels, wider carbon-fiber racing seats, an F1 gearbox, Challenge rear valiance and Tubi sports exhaust.

H&H Classics noted that Beckham liked the 360 Spider so much that he bought another in 2003.

Which brings us to the Nembo Spider and the passing of racing driver, car collector and long-time chairman of the Ferrari Owners’ Club of Great Britain Richard Allen and his bequest of the rare car to benefit the air ambulance service that had flown to the rescue of one of his fellow racers. The car was expected to sell for at least £500,000 and easily exceeded that figure, selling for £609,500 ($762,481).

“The gift opportunity which this legacy offers will enable to us to proceed with the building of a bespoke hangar to house our Helicopter, Anglia 2, at Cambridge airport some 400 meters from our base,” said Patrick Peal, chief executive of the air service.

“Having our own hangar just next door would mean adding some 180 available shift hours a year, significantly increasing the number of lifesaving missions we could fly each year.”