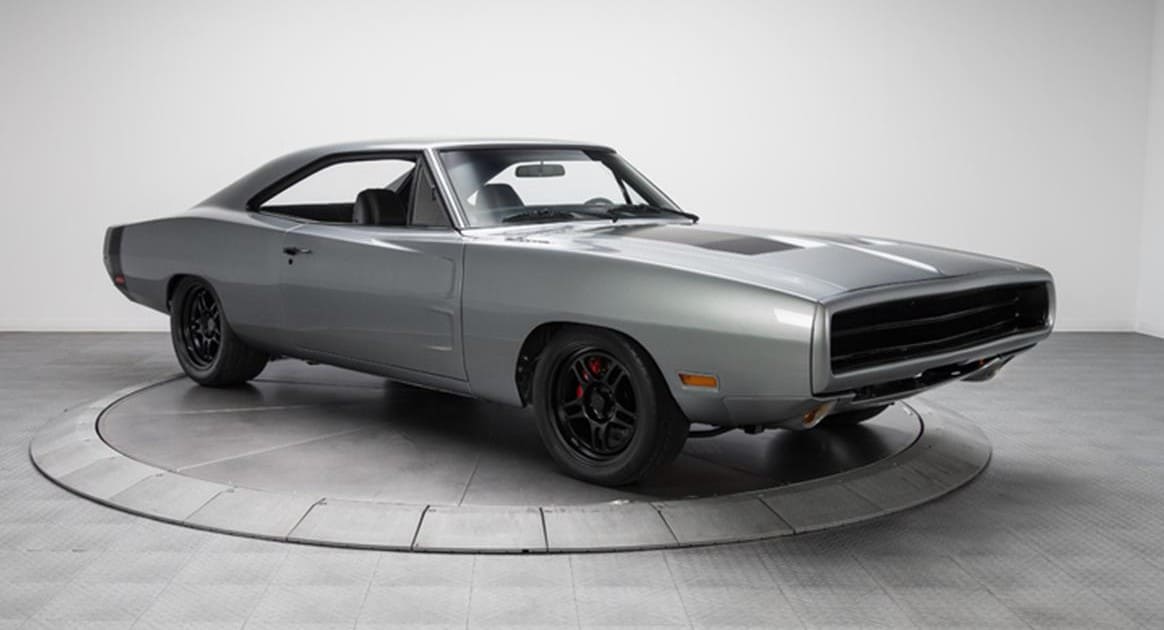 The Fate of the Furious will be released on April 14, the eighth installment of the Fast and Furious franchise. As anticipations builds to find out why it appears from the movie trailer that Dominic Toretto, played by Vin Diesel, has sided against his family, we are reminded of the key moments and memories shown since the original film made its debut 15 years ago.

At the end of the first movie, Toretto races Brian O’Conner, played by the late Paul Walker, in his father’s 1970 Dodge Charger, which is said to have 900 horsepower. After just missing being hit by a freight train, the Charger hits a truck and flips through the air. Despite the carnage, Toretto is OK and the car returns for the fourth and fifth movies to help break Toretto out of a prison transport bus.

While the Pick of the Day wasn’t used in the movie, isn’t a tribute, and doesn’t have a blower coming out of the hood, it is a 1970 Dodge Charger R/T, and it does resemble the movie car.

Listed on ClassicCars.com, the Charger R/T was created by combining classic styling with old-school muscle and modern upgraded components. The focus of the build was to preserve the raw muscle-car appeal of the classic 1968-1970 Dodge Charger body style, while allowing for maximum performance and reliability.

Per the listing, the Charger began as a rust-free Arizona car with all its sheet metal. To further preserve the car, a comprehensive acid dip and e-coating process was performed on various body components before receiving multiple coats of PPG Grigio Pearl Metallic topped with black bumblebee stipes and clearcoat.

“Though it has a custom feel,” the seller said of the interior, “the design can largely be accredited to the Chrysler Corporation. The classic 1970 Dodge Charger R/T bucket seat interior is a timeless design – why mess with perfection?”

The seller, a dealer in Charlotte, North Carolina, notes that Dyna-mat is found under the black carpet and the factory wood-grain center console, while the hand-stitched front and rear seats were created by Steve Pearson Upholstery Unlimited. Other interior highlights include new black door panels with Charger R/T logos and new hardware all around as well as a wood-finished steering wheel and pistol-grip shifter.

The Dodge Charger is powered by a new Indy Cylinder Head 500 V8 Wedge motor that has been rated with 575 horsepower and 575 pound feet of torque, the seller says. According to the listing, the consensus of the car builders was that the Wedge-powered cars are simply better because “they produce more torque, are more reliable and can be run at lower compression, which allows for use of modern fuels with little impact on performance.”

To achieve the power, the engine has been fitted with a Comp Hydraulic cam, M-1 single plane intake, and a 750 Mighty Demon carburetor.  The car is fitted with such creature comforts as power steering and air conditioning.

The engine is hooked to a Keisler-modified Tremec TKO-500 five-speed manual transmission with a Quick Time bellhousing to make quick work of shifts. At the rear, a Moser Dana 60 rear axle with 3.54 gears puts the power to the pavement.

To see this vehicle on ClassicCars.com, see Pick of the Day