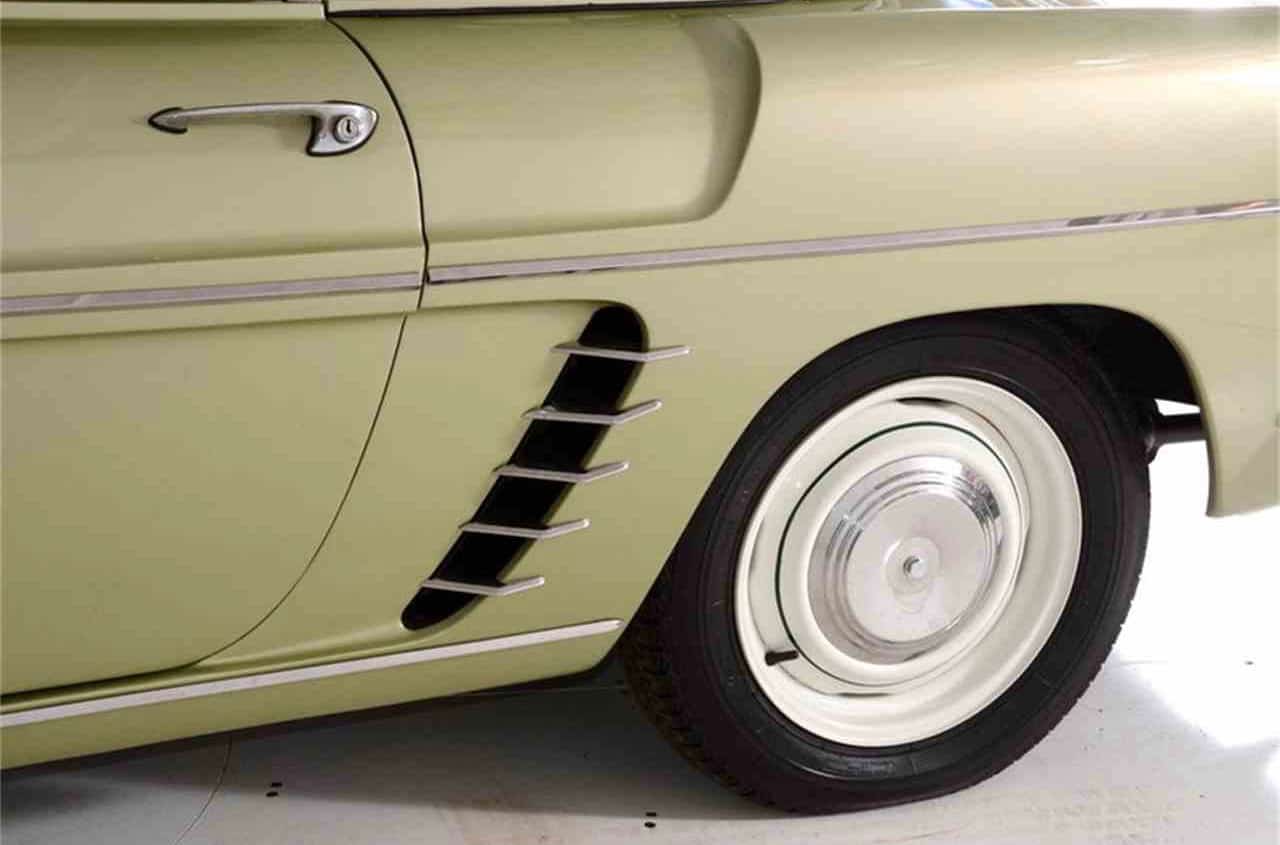 Renault unveiled the Floride, its Dauphine-based sports car, at the Paris Salon in the fall of 1958. Even before a price, specifications or production schedule were announced, the company’s American dealer affiliates had orders from nearly 13,000 customers for the car.

Renault may have figured that people living in California or Connecticut might not want a car named for Florida, or maybe the success of another nautically named sports car, Chevrolet’s Corvette, contributed to the name change.

The car with the hardtop in place

Whatever, the new model comprised about 20 percent of the nearly 63,000 Renaults sold in the U.S. during the 1960 model year. One of them, a 1960 Renault Caravelle being offered by a classic car dealership in Volo, Illinois, is Pick of the Day.

The seller says the car is a rust-free vehicle from California. “The underside is rock solid,” the advertisement promises, with a “Clean body that has been nicely painted. Motor compartment is detailed like factory new.”

Caravelle’s had a literal bench-style rear seat where two people could sit. The seller notes that the car “has a rear seat cushion that folds to make a flat deck,” and a “tidy trunk with carpeted liner.”

The ad points out that the bumpers “have lost their luster,” but that the car has been inspected mechanically and the engine was professional rebuilt less than 500 miles ago. The car also has a new clutch, pressure plate, shift linkage, brakes, rear springs, shocks, battery and a rebuilt wiper motor.

It’s immaculate inside, out and even underneath

Caravelles have rear-mounted four-cylinder engines displacing 845cc but rated at 40 horsepower, compared with only 32 for the same engine in the Dauphine. A three-speed manual was standard with a 4-speed optional. Renault underpinned the car with its new Aerostable suspension which combined coil springs and shocks with rubber pads and pneumatic bags, a system that adjusted the ride to the load.

Though a Renault product, final assembly was done by French coachbuider Brissonneau & Lotz.

“It’s a fun little runner,” the seller said, adding that there are at least two sources for parts for such cars.

The car is painted in Citrus Green Metallic (metallic green was one of the original factory colors) with a green interior. It comes with a removable hardtop, convertible top, fold-down rear seat, stereo and repair manual.