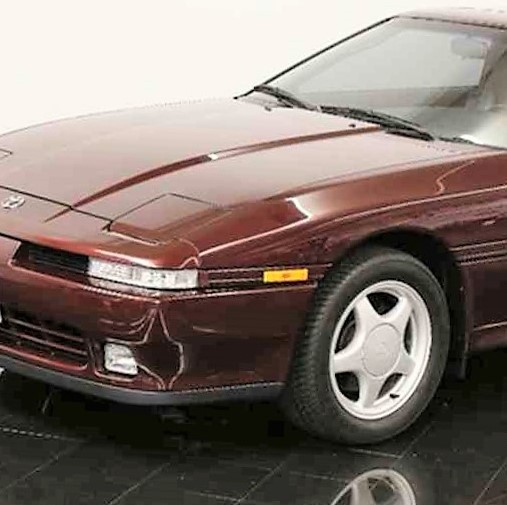 The other day, a friend expressed some regret that he hadn’t bought a Toyota Supra Turbo back when they were cheap and unappreciated, before The Fast and the Furious and before collector cars from Japan hit the mainstream.

The Pick of the Day, an ultra-low-mileage 1991 Toyota Supra Turbo in apparently excellent original condition, would not be out of place today at a Mecum or Barrett-Jackson auction, or even one of the higher-end sales. Car collectors no longer turn up their noses at great Japanese performance cars, and this one looks special indeed.

Offered on ClassicCars.com by a St. Louis dealer, this Supra is described as an “unbelievably original, two-owner example with just 16,000 actual miles!”

The third-generation Supras, built from 1986 to 1991, were known as sophisticated GT cars with plenty of power and premium features. The Supra Turbo turned 232 horsepower and 254 pound-feet of torque from its 3.0-liter twin-cam inline-6, with a 0-60 time of just over six seconds. This Turbo is fitted with automatic transmission and a full load of luxury gear, with a burgundy exterior and gray-leather interior.

“This stunning example is one of the most original and remarkable pre-owned examples you will have the opportunity to purchase ever,” the dealer says. “A rare color combination with factory leather package that remains as perfect as it was when it first landed on the Peoria Toyota/Volvo showroom in Illinois.”

The dealer describes how the rarely driven Toyota was sold to its second owner in July 2005 with just 8,857 miles, and fewer than 8,000 miles added since. “It was religiously serviced by only Toyota dealerships by both owners, and never abused, raced, wrecked, repainted, smoked in, or molested in any way,” the seller says.

The second owner was intent on preserving this car’s pristine condition, the seller says, right down to its wheels and tires.

“A unique set of perfect 1989 Borbet 17″ 5-spoke alloy wheels are included with Dunlop SP Sport 9000 tires measuring 225/45ZR17,” the ad says. “These wheels were installed to preserve the original, virtually new original wheels/tires that were stored by the second owner in his climate-controlled basement since his purchase.”

It is exceptionally rare to find one of these desirable coupes that hasn’t been customized for style or performance, and it would be a crime to alter this one in any way. How often are you going to encounter a 26-year-old Supra Turbo in what appears to be brand-new shape?

The asking price of $29,900 is quite a bit more than the Hagerty price guide says a 1991 Toyota Supra Turbo is worth in No. 1 condition, but this one does seem pretty extraordinary. These cars are undervalued “future classics” that have nowhere to go but up as the millennial generation of car collectors continues to make its presence known.