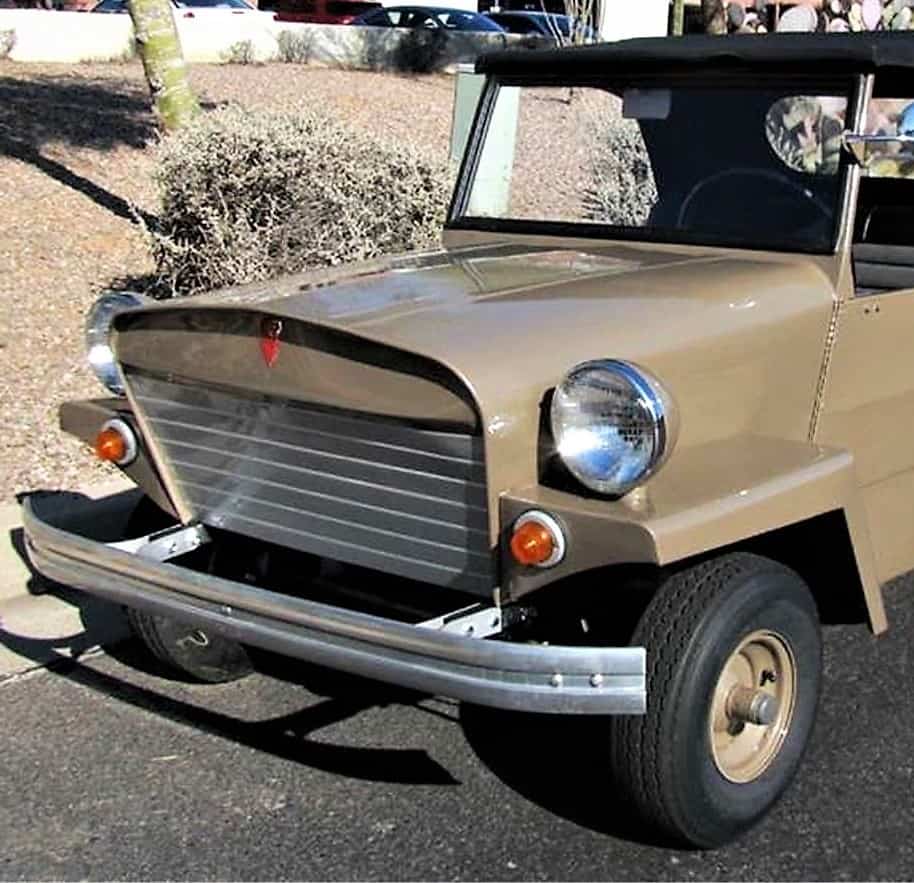 Readers of Popular Mechanics back in the 1950s and ’60s should remember staring starry eyed at the articles and advertisements that offered so many futuristic breakthroughs that would completely change our lives. One memorable ad of the day was for a tiny microcar, the King Midget, that promised to open up a whole new world of sporty motoring at a rock-bottom price.

The Pick of the Day is a 1968 King Midget Model 3 convertible that was one of the final run of the sub-basic runabouts before Midget Motors went bankrupt in 1970. But it had been a good run, with the first King Midgets turned out in 1946, originally advertised as the “500-pound car for $500.”

The convertible is less than 10 feet long

The King Midget listed on ClassicCars.com is a “freshly restored fun little car” and ready to be enjoyed, according to the ad posted by a Gilbert, Arizona, dealer.

“The straight rust-free body has a fresh coat of tan paint and a new black convertible top with clear back windows,” the seller states. “All of the chrome as well as the windshield is in excellent to new condition. As part of the restoration, an all-new hydraulic brake system was installed along with new tires including a spare at the rear mounted on 8 (inch) pressed-steel wheels. The black and gray bucket seat interior is all new as well and includes a clever child booster seat.”

The Midget is aptly named, with a wheelbase of 76.5 inches, overall length of 117 inches, width of 52 inches and height of 51 inches, the listing notes. Truly a tiny vehicle that with its flat fenders and hood looks remotely like a shrunken Jeep. There’s room for two not-too-big people who don’t want to go too fast.

Power is provided by a 12-horsepower, 29 cid Kohler single-cylinder engine mounted in the rear, go-cart style, with a centrifugal cutch and two-speed automatic transmission. There’s a trailer available so you can tow it along behind your full-scale vehicle. Perhaps to the next Little Car Show in Pacific Grove, California, in August, where it’s sure to be a major hit among the Peels, Crosleys, American Bantams and Messerschmitts.

The King Midget is priced at $14,900, and the trailer is another $2,750. This beyond-cute little critter could be loads of fun for putting around locally, as well as gaining its new owner entry into the strange world of microcar enthusiasts.