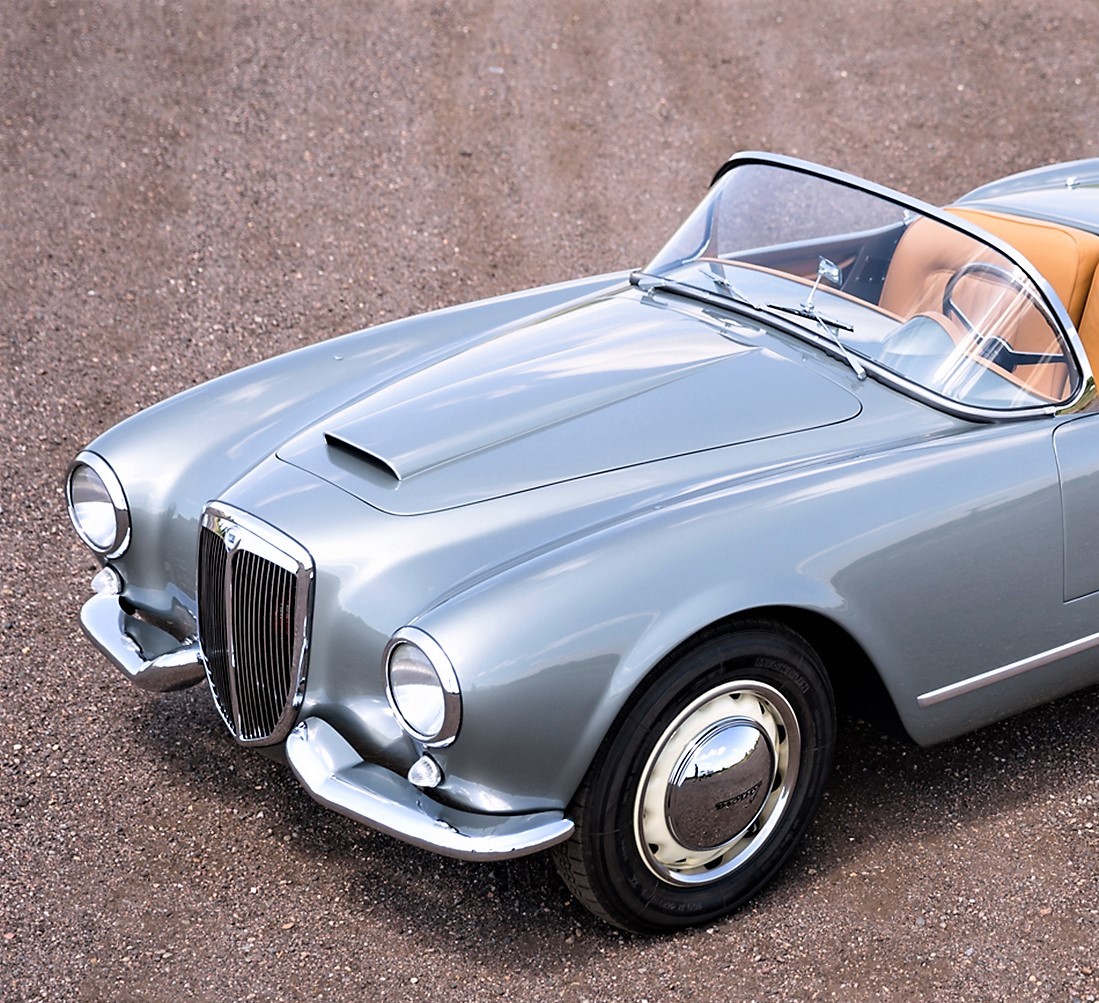 The British cars are both Aston Martins, including a historic 1949 DB MkII coupe that was the personal car of company owner David Brown.

Immediately after buying Aston Martin in 1947, Brown set out to create a works racing team, with three cars built to compete in the 1949 24 Hours of Le Mans. This car is the fourth one produced, chassis LML/49/4.

After Brown’s use and as a test car that helped develop the DB2, the coupe was purchased by famed factory racing driver Lance Macklin, who further developed the car and competed with works support in the 1950 Coppa Inter-Europa and the 1950 Targa Florio, two of Italy’s most renowned races.

The car was restored by Aston Martin Works Service and has been displayed at such world-renowned concours and events as the 2010 Mille Miglia Storica, the 2015 Pebble Beach Concours d’Elegance and the 2016 Windsor Castle Concours d’Elegance. Its pre-auction estimated value is $1.5 million to $2 million.

The other Aston Martin is a high-performance DB5 Vantage, one of just 65 examples with the modified engine that produced 314 horsepower. With styling made famous as James Bond’s car in the 1964 film Goldfinger, chassis DB5/2211/L is one of just 10 factory Vantages with left-hand drive and air-conditioning.

In the classic color combination of Glenwood Green with tan Connolly leather interior, the DB5 received a ground-up restoration in 2002 by a marque specialist. Its estimated value is $1.3 million to $1.5 million.

From Italy comes one of the world’s most-beautiful roadsters, a 1955 Lancia Aurelia B24S Spider America, chassis 1009, one of just 181 left-hand-drive examples built and believed to be the second-oldest survivor. With styling by Pinin Farina and a top speed of 115 mph, the Spider America has had just a handful of long-term owners.

The Lancia received a show-quality restoration in 2014, according to Gooding, in the body color of Grigio Newmarket with a Vaumel leather interior. Shortly after restoration was completed, the sports car won best of show at the Colorado Concours d’Elegance in June 2014. The estimate value is $1.6 million to $1.8 million.

“Each of these cars represents the best of its category, is wonderfully presented, and is an essential piece to its respected marque’s history,” David Gooding, president and founder of Gooding & Company, said in a news release. “Cars of this caliber and quality are what the market demands and we are proud to meet that demand with this selectively curated lineup of exceptional sports cars.”